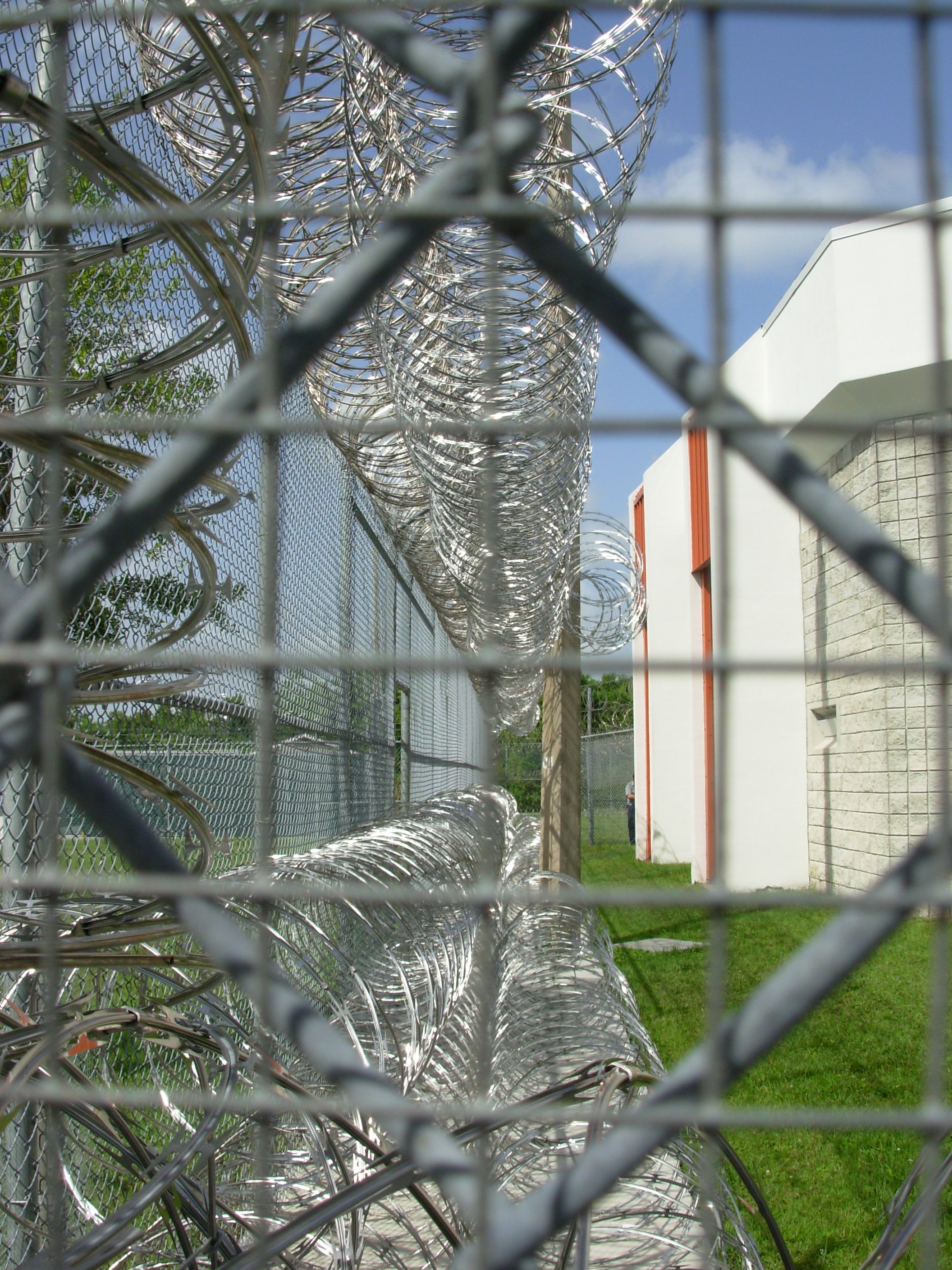 ORLANDO — While it didn’t get the attention of the high profile races for governor and U.S. Senator, Florida voters did something truly significant on Nov. 7 during the midterm elections. They joined me in voting to approve Amendment 4, a ballot referendum that automatically restores voting rights in the Sunshine State for ex-felons.

The vote felt absolutely revolutionary. The Sentencing Project, which pushed for this change in state law, noted in 2016 that it would benefit more than a million people — larger than the population of states like Alaska and Wyoming. The organization noted that about 1.5 million Floridians have completed felony sentences but can’t vote, which amounts to nearly 10 percent of the voting-age population in Florida.

Those are stunning numbers, particularly knowing that this measure will have a major impact on the voting rights of African Americans, who are disproportionately arrested and incarcerated — more than 418,000 black people, in fact, or 17.9 percent of black voters in Florida, the Sentencing Project noted.

Sadly, it’s no big secret that Florida lawmakers originally changed the state Constitution to mandate that all felons lose their civil rights (until the state’s clemency board votes to restore them) in order to dilute the voting rights of black citizens.

The idea that someone loses their civil rights permanently after being convicted of a felony never made sense outside of the tawdry political reasons behind it; everyone wants ex-felons to leave prison, reestablish their lives, and turn themselves around. It was completely illogical to toss up barriers that made it more difficult for ex-felons to succeed.

And while watching the election results, I thought about something that happened to me back in 2012 — also, right around Thanksgiving time.

Why is Ex-Felon Voting Rights a Moral Issue?

I got a call in 2012 just before Thanksgiving. It came from a man who identified himself as Adam. He was calling from Pittsburgh, and he was anxious and upset, desperate for help.

What he asked me, as I sat there in my office glancing into my laptop, was whether I could do anything to help him get his civil rights back.

At first, I had no clue what he was talking about. The man, who sounded like he was in his 20s, made no sense at first when he said “civil rights.” Then a moment later, as he told me a little bit more, it all clicked.

Adam had gone online and read an article on Freeline Media, published on March 15, 2011, about an issue that rarely gets talked about, certainly not by politicians, and most likely either by civil rights activists or ACLU lawyers. The article was an interview with S. David Mitchell, an associate professor of law at the University of Missouri School of Law, who was speaking out against a Florida regulation aimed at denying certain civil rights to a particular group — ex-felons.

Florida, of course, was one of several states with a lengthy waiting period before felons released from prison can have their civil rights restored, including the right to vote, serve on a jury, serve in the military, and obtain certain occupational licenses.

In early 2011, Gov. Rick Scott and the state Cabinet, sitting as Florida’s Executive Clemency Board, voted to toughen the process nonviolent felons need to go through to get their civil rights restored. It requires nonviolent felons who have completed their sentence, finished probation and made full restitution to undergo a five-year waiting period, then begin an application process for restoration of rights.

Adam had found my article online, and wanted to know if I could help him locate an agency that works with ex-felons to get their civil rights restored. I pointed him to Advocate4Justice, the non-profit agency with offices in Atlanta and Orlando, that lobbies to help ex-felons get their lives back on track, including their full civil rights.

He suddenly sounded animated and grateful, like a kid who was being taken to the toy store with the promise that he could pick out whatever he wanted. For a brief moment, my heart went out to him.

How Many People Does This Issue Impact?

As families all over the country rush around, making last minute plans for Thanksgiving, a lot of them, it can be presumed, have quite a bit to be thankful for: good health, a steady paycheck, a loving family, and a long list of other reasons.

Or maybe this won’t be a great day, for little reasons that we magnify into heftier significance than it’s worth: getting stuck in heavy traffic on the drive over to Grandma’s house, having to pretend you’re enjoying a badly overcooked turkey dinner, or feeling pangs of guilt later that night for all the overeating you did while the morning weight scale gives you dirty looks.

For this man Adam, though, life is on hold this Thanksgiving. He’s a convicted felon, and although he’s served his sentence and been released from prison, he still carries that stigma over his head. Every employer wants to know if he has ever been convicted of a felony. Doors shut in his face. It’s like he’s standing on the outside, looking in, and the front door is locked.

Convicted felons are not, by and large, a group that generates much sympathy in our society, with its If you can’t do the time, don’t do the crime attitude. Once upon a time, I felt much the same way.

No more. This Freeline Media editor who has never been handed anything worse than a speeding ticket, knows several people who are convicted felons. Two served time for drug crimes, a third for a violent gun crime. I know they want to turn their lives around, eager to re-establish themselves. We just don’t make it easy for them.

If our political leaders assume they’re making me and the rest of Central Florida safer by making it exceedingly difficult for these folks to find gainful employment, then they need a wake up call and reality check.

In 2012, for some local activists, including state Sen.-elect Geraldine Thompson, D-Orlando, this had become very much a political issue, one aimed at the disenfranchisement of African American men, who make up a high percentage of the Florida prison population, and who could be expected to vote Democrat in a state where Republicans like Scott are in charge.

Mitchell, in that March 2011 interview, agreed, and noted that Democrat Al Gore lost Florida – and the 2000 presidential race – to Republican George W. Bush by just 535 votes out of millions cast in the Sunshine State.
“Think about Florida in the 2000 election,” Mitchell said. “Think of the voters disenfranchised from that vote. They would have had a direct say in who the next president was.”

It’s a good point, one made even more salient this year when Scott reduced early vote hours from two weeks to one, angering civil rights activists who said that made it even harder for working class minorities to get to the polls. The fact that a surging turnout of African American and Latino voters helped President Obama carry Florida for a second time may have left Scott rethinking the wisdom of that move.

Activists like Thompson deserve a lot of credit for speaking out so strongly on an issue that doesn’t rank high in the public opinion polls — this is a real profile in courage. They’re doing it because this is the right thing to do, not because it’s a guaranteed winner on election day.

But this should not be an issue based solely on race. Adam is white, and of the three ex-felons I know, one is black and two are white. One is a woman, two are men. Two are straight, one is gay. One has a child to raise, the other two do not.

Ex-felons come from every segment of society. And after doing what the courts and law enforcement asked them to do – complete their sentence – they deserve a chance at a fresh start free of the stigma of being someone no longer worthy of having certain civil rights to exercise. As Professor Mitchell noted, the policy is self-defeating since it makes it harder for ex-felons to get reintegrated into society.

“The state ignores the issue that during the time period after a person has been released from prison, it’s more difficult to find gainful employment and housing,” he said.

Since running that article in 2011, I got phone calls and emails all the time from ex-felons, desperate for help in making that often agonizing readjustment. One man wrote to me in 2012 to say he is now 29, and at age 23 he got convicted of car theft in Illinois, and spent two and a half years in prison. He described the fear he experienced there in painfully graphic and chilling terms.

“It’s true about the things you think happen in prison, but I feel every man knows that going in,” he wrote to me. “I was put in the hole for a week. Pure darkness — no one could hear me scream. I’m not a big man so I had to do things. My ex-wife would visit me and ask if I had a husband.”

Now on the outside, struggling, they reach out to anyone they think can maybe, just maybe, give them a helping hand.

On Thanksgiving, you have to wonder: if we want them now to become fully productive citizens, why do we continue to make their post-prison years so difficult?

And here’s to the fine voters of Florida who joined me in giving the Sunshine State’s ex-felons an opportunity to start over, with their voting rights fully restored.