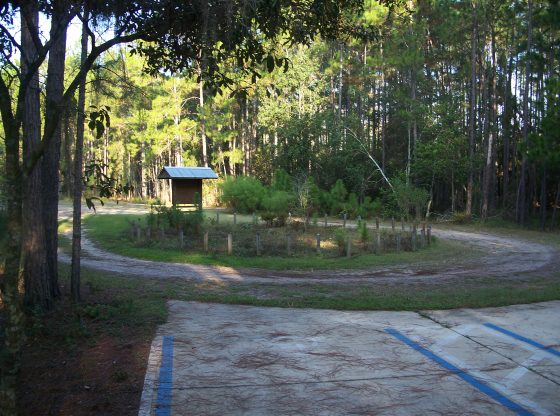 ORLANDO — Central Florida is known for its theme parks — a dramatic expansion of the traditional concept of an amusement park, featuring the absolute best and most sophisticated high tech thrills rides that can be created.

Visitors come from around the world to Orlando International Airport to spend time at Walt Disney World, SeaWorld Orlando and Universal Orlando. It’s big business. Disney reported in November that attendance was up in 4 percent at the company’s domestic theme parks, while per-capita spending by visitors was up 9 percent. Disney’s revenue for the fourth quarter was up to $5.1 billion.

Visitors love those theme parks, which keep reinventing themselves with new rides, resorts and dining options.

Still, Florida does have older parks as well, and they don’t offer thrill rides at all. Instead, the pleasure is to be found exploring something entirely different: the stunning beauty of Florida’s natural landscape, and what it was that brought visitors and people from other states here in the days before theme parks became king.

On Friday, outgoing Gov. Rick Scott sent out a news release encouraging Florida residents and visitors to explore Florida’s 175 state parks in the new year — starting with the fact that those parks will be open on New Year’s Day, and hosting more than 35 events on Jan. 1.

There will also be more than 100 events being hosted at the state’s parks in the month of January, all of them celebrating life in the great outdoors, including hiking, boating and swimming.

“Florida has the best state parks in the nation, making them great places to spend time outdoors with family and friends,” said Scott, who vacates his office in January to become Florida’s next U.S. Senator.

“I’m encouraging Floridians and visitors alike to start the new year on the right foot at one of our 175 award-winning state parks and trails,” he added in the release.

Noah Valenstein, secretary of the Florida Department of Environmental Protection, added that Florida was “home to some of the most diverse and unique natural areas in the country and Florida State Parks protect many of these jewels. As we think about things we are thankful for this new year, I know that many families will join me in being thankful for our incredible state park system and the committed park staff who work to share these resources every day of the year.”

A good example in Central Florida is Lake Louisa State Park, a 4,372-acre Florida State Park located south of the city of Clermont in Lake County. Located on the northeast corner of the Green Swamp, it offers an environment made up of bald cypress, live oak and saw palmettos.

Lake Louisa is also home to an abundant amount of wildlife that includes deer, bobcat, gopher tortoises, fox squirrel and even bald eagles. It’s also home to 11 distinct natural plant communities. The park has three major lakes — Louisa, Hammond and Dixie. A lot of visitors come here for canoeing, kayaking and paddleboarding, and bicyclists love the park’s seven miles of paved roads over rolling hills and on the 20 miles of unpaved multi-use trails.

There are also cabins to rent onsite. lake Louisa State Park is a popular spot for weddings and with photographers, naturalists and families looking for outdoor activities with their children.

How Far Back To The State’s Parks Date?

Florida’s history with state parks goes back much further than the arrival of the theme parks. it actually began with efforts by the Florida Legislature to create historic memorials — starting in 1899 when lawmakers appointed a commission to erect a monument at Olustee Battlefield, the site of a Confederate victory in 1864 during the American Civil War.

That memorial was dedicated in 1909 and became the first one in a location that would become a part of the Florida State Park system. Legislation to create a state park service was passed in 1925. In 1935, Highlands Hammock in Sebring became the state’s first official park.

Florida’s year-round tropical weather has made the state for the establishment of a state park system. Florida lawmakers also recognized the popularity of older national parks like Yellowstone and Yosemite and were motivated to do the same in the Sunshine State.

In addition to the natural beauty of Florida’s parks, they also offer guests something else: a sense of nostalgia for what may seem like a simpler time, a time of life when a technological revolution hadn’t dramatically altered the way people live their lives..

The Orange County Regional History Center has an exhibit, “Destination Florida,” that explores the state’s history as a popular tourist spot, and notes that it was the state’s natural beauty and ideal weather that originally brought people here, even in the days when they were visiting the state by horses, trains, and steamboat.

As the governor’s office noted, Florida has the only state park system in the nation to win the Gold Medal for Excellence in State Park Management three times.