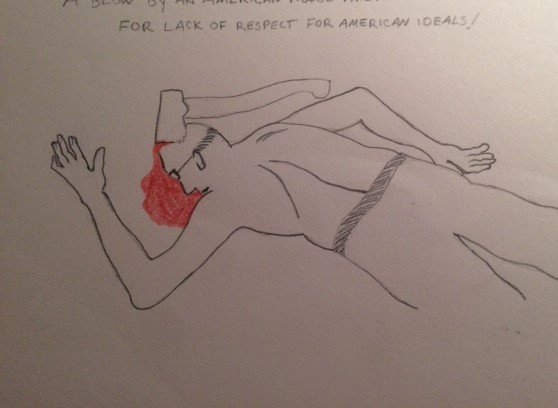 ORLANDO — Freeline Productions has released a collection of dark tales, based partly on the author’s dreams … and nightmares.

The book explores themes that range from modern day Antisemitism and a rising tide of extreme nationalism, to sexual paranoia, and whether aging historic properties truly can harbor malevolent spirits.

“Waking In The Dark” by author Michael Freeman is now available on Amazon and as a Kindle eBook.

A man at a small cafe comes to the attention of two unemployed factory workers who harass him verbally, at least at first …

… a business executive checks into a historic hotel in South Florida, not fully aware of the disturbing history in the room he’s renting …

Welcome to “Waking In The Dark,” a collection of stories rooted partly in reality, but also in a far more fantastical, ominous and paranoid world.

“Waking In The Dark” is a collection of six eerie, sometimes humorous, but often tense and spooky stories rooted in dreams … or, more precisely, nightmares experienced in the pitch dark.

The stories include “Who Is Bill Topor?” about a man in a café who gets verbally harassed by two unemployed factor workers, unaware that they pose a far greater threat than just words; “The Golden Hotel,” about a historic South Florida hotel that’s popular with ghost hunters; and “Succubus,” about a man who rents the wrong Oceanside cabin at the wrong time.

All six tales look at the way our daily reality blends in with our dreams at night — and vice versa.

The author first began writing these stories in the 1990s. Several date back decades, while others are brand new. Each one explores the thin line between a life that seems routine and unremarkable, and the bizarre events that shockingly intrude into our daily lives without warning. Violence is always lurking right beneath the quiet surface.

The book is 320 pages long and is available in paperback or as an eBook.

HOW TO ORDER IT:

“Waking In The Dark” is also available on Amazon for $11.73 or through the Freeline Productions online bookstore.

Michael is also the founder of Freeline Productions, a writing and editing service that distributes his fiction novels “Bloody Rabbit,” published in 2013, and “Koby’s New Home.”

Michael is also the proud papa of his cats Fluffy, Midnight, and Peaches.