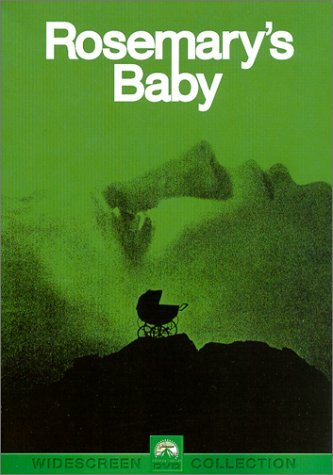 As Halloween gets closer, Freeline Media has some recommendations for ways to get scared — very scared — by watching a classic thriller. Today’s recommendation: Roman Polanski’s horror masterpiece “Rosemary’s Baby.”

There’s a key moment in the 1968 movie “Rosemary’s Baby” when the very pregnant Rosemary Woodhouse goes to see her obstetrician, Abe Sapirstein. While sitting in the waiting room, Rosemary does what we all do: she picks up a magazine – in this case, Time. The cover, in red and black, asks simply: “Is God Dead?”

That issue came out on April 8, 1966, as the Vietnam War was underway, and it signaled great cultural turbulence to come. The movie “Rosemary’s Baby” was released in June 1968, as the war raged on, students engaged in often-violent protests against it, and America watched in shock and horror at the assassinations of Martin Luther King Jr. and Robert Kennedy. In that era, it may have been easier for Americans to accept the idea of devoting a good chunk of a prominent magazine to the question of whether or not God exists.

It would be hard to imagine any major publication running a similar article today — difficult, but not impossible, when you consider the success in recent years of books promoting atheism, including several hot sellers.

So the debate rages on, although the success of these books is viewed less as a reflection of President Trump’s 2016 victory and with it the view that conservative “Values Voters” may have been a pivotal force in the result. Even some conservative commentators like Patrick Buchanan now think there’s been a counter-reaction to the Values Voter movement, which some felt identified moral issues with partisan politics. Buchanan now thinks the country is becoming more secular.

Who Wrote The Novel ‘Rosemary’s Baby’?

The author of “Rosemary’s Baby,” Ira Levin, has acknowledged the influence his satanic saga may have had on our nation’s ongoing debate over how to define values, including religious and political values. Levin, who died Nov. 12 2007, wrote in the foreword to a 2003 paperback reissue of the book that he feared this tale of satanism in modern-day New York and the movie – not to mention the many satanic thrillers it spawned, like “The Omen,” “The Exorcist,” and “End Of Days,” among many others – helped give rise to the growth of fundamentalism in the 1980s and 1990s.

Levin wrote the book in 1967, a year after the “Is God Dead?” cover, and the movie came out a year later. Now, on the 51th anniversary of the film’s release, it remains not only one of the most faithful adaptations of any novel ever written, but also one of the classiest, funniest and most unnerving horror movies, a classic that has aged extremely well.

What’s The Story of ‘Rosemary’s Baby’ About?

Rosemary is a young bride from the Midwest, now living in New York City with her actor husband, Guy. Rosemary worships Guy, but the casting agents don’t, and he’s struggling to break out of TV commercials and bit parts in local theater. They do get one break, though: a spacious apartment at the Bramford, a historic building on the upper west side. Guy and Rosemary are so taken with the apartment that they ignore the warnings of their good friend Hutch, who tries to change their minds by recounting the building’s grisly history of violence and mayhem, including two elderly women who ate small children.

Once settled in, Rosemary finds her neighbors are mostly friendly, including the elderly couple Minnie and Roman Castevet, who live next door and take a liking to their new neighbors, even inviting them over for dinner. Roman has so many enchanting stories about the theater world of yesteryear that he wins over Guy, who begins going back to the apartment each night to hear more. It helps that Roman seems convinced that Guy can get the break he needs to rise in the acting world.

Guy does get that break, in an odd way, when a fellow actor who landed a plum role in a new play suddenly goes blind, paving the way for Guy to step into the role instead. Not long afterward, Guy is telling Rosemary that he thinks it’s time they had a baby.

Rosemary does indeed become pregnant, but her pregnancy is a bizarre one: she gets thin, pale, and sickly, and suffers intense cramps. Sapirstein, recommended by the Castevets, insists this is normal. But Hutch doesn’t, and he comes to suspect something far more sinister is going on.

Why Is ‘Rosemary’s Baby’ a Classic?

“Rosemary’s Baby” works so well, and builds suspense so beautifully, because for so long it all seems so normal, so plausible. The movie is set in a regular urban apartment building, filled with people easy to recognize, including neighbors who can be nosy and annoying at times, but hardly sinister. In fact, Minnie and Roman don’t seem like much of a threat to anyone – except perhaps the poor soul who lets them into their apartment and then gets stuck playing captive audience for the night. As the Jewish baby deliverer, Sapirstein seems jolly and easygoing. As Rosemary gets sick, and later begins to suspect a possible satanic cult is targeting her child, it’s difficult not to think she’s flipping out, on the verge of a breakdown. How can Minnie, with her herbal drinks and bad chocolate mousse, possibly be a danger to Rosemary?

By the time Rosemary decides to flee the apartment, though, you’ve watched enough weird, unexplainable coincidences – the actor who went blind, the awful tragedy that falls on Hutch – to sense a more disturbing pattern, and you’ve come to think that Rosemary may have good reason to panic. But her gut instinct – that a satanic cult wants to use her baby in a bloody ritual – is way off.

“Rosemary’s Baby” is also noteworthy for its rich black humor – the early scenes with Ruth Gordon as Minnie and Sidney Blackmer as Roman are truly hilarious – and for being a horror film with a complete lack of violence, blood or gore. These were two trends that later films like “The Omen” and “”The Exorcist” totally ignored, sadly. The movie also benefits from superb performances, including Mia Farrow as Rosemary, John Cassavetes as Guy, Maurice Evans (later to play a witch himself on TV’s “Bewitched”) as Hutch, and Ralph Bellamy as Sapirstein.

“Rosemary’s Baby” was directed by Roman Polanski, who won an Academy Award nomination for best-adapted screenplay for the film (Gordon won the best-supporting actress Oscar for playing Minnie). The film proved to be a box office smash, despite a “C” (condemned) rating from the Catholic Church for what it viewed as a mockery of Christian beliefs.

Polanski would later return to the subject of satanism in his underrated 1999 movie “The Ninth Gate”; in both cases, he appears to be subtly mocking the entire concept of the devil, although Levin may have been right that far too many others took the film much too seriously as a sign that God’s enemies were on the rise.

Did ‘Rosemary’s Baby’ Become a Franchise?

The tale produced three sequels: a dismal 1976 TV movie, “Look What’s Happened To Rosemary’s Baby,” notable only for Ruth Gordon reviving her role as Minnie; Levin’s 1997 sequel, “Son Of Rosemary,” an uninspired, shaggy-dog story that will seem all too familiar to anyone who has caught their share of “Twilight Zone” episodes or, for that matter, the TV show “Dallas”; and in 2014, the mini-series “Rosemary’s Baby,” an overdone and unnecessary remake starring Zoe Saldana.

One historic side note: “Rosemary’s Baby” features a quick cameo from Polanski’s late wife, the actress Sharon Tate, playing one of the women who attends Rosemary’s party at the height of her intense pregnancy pains. Tate made her movie debut in 1966 playing a witch who belongs to a satanic cult in “Eye Of the Devil.” She met Polanski that same year when he directed her in another horror film, “The Fearless Vampire Killers,” and they were married on January 1968, shortly before “Rosemary’s Baby” – with a similar theme about a satanic cult – was released. On Aug. 9, 1969, while Polanski was working in England, Tate and four others were brutally murdered in their Beverly Hills home. Tate, who was eight and a half months pregnant, was stabbed 16 times. She was murdered by the disciples of Charles Manson, a hippie cult leader who at times told his followers that he was God.