The Sound Of Music and the Year of Nazi Cinema 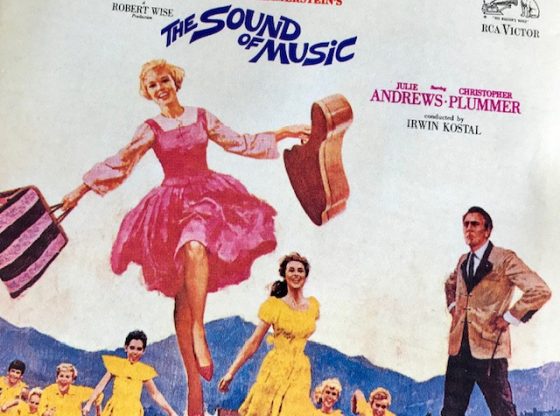 ORLANDO — Last Sunday, the classic movie “The Sound Of Music,” which was first released in March 1965, played on television. The film has become a perennial around the holidays, and its glimpse into the lives of the Trapp Family singers seems appropriately upbeat for Christmas time viewing.

The opening moments with the aerial views over Austria, leading to the mountain where Maria sings the title song, are stunning to watch, and the scenes where Maria wins over the skeptical children are still humorously enjoyable.

When “The Sound Of Music” first came out, it was a massive commercial hit, becoming the highest-grossing film of 1965 and, by November 1966, the highest-grossing film of all-time (a distinction it held for five years.) Millions of people loved it — and a lot of critics reviled it, dismissing it as sentimental goo. As often happens with popular box office hits that critics hated, the patrons never paid attention to the write-ups.

Fifty-three years later, I think it’s safe to say “The Sound Of Music” still works beautifully as mass entertainment, and if other musicals from the 1960s like “West Side Story” (also directed by Robert Wise) or “Oliver!” seem more innovative and less sugary, it’s hard to deny that the songs by Rodgers and Hammerstein, performances by Julie Andrews, Christopher Plummer and Peggy Wood, and the spectacular Austrian scenery all work heavily in the film’s favor.

But what I found most unique about this very family-oriented film is the way it documented such a dark and harrowing chapter in history: the Nazi takeover of Austria.

And I was equally surprised to learn that in 1965, a number of films addressed the Nazis and the Holocaust — subjects that Hollywood largely ignored after the war ended, from the late 1940s through the 1950s.

So while the von Trapp Family did indeed flee their home in Austria after the Nazis took control, and that’s a crucial part of their history, working it so vividly into what is otherwise a much lighter film seemed gutsy in retrospect — especially since Hollywood appears to have viewed the subject to be off limits for popular entertainment after the war ended.

How Does This Film View Nazi Germany?

On March 12, 1938, German troops marched into Austria to annex the German-speaking nation for the Third Reich.
The next day, Adolf Hitler followed German troops into Austria, where he was met by enthusiastic crowds. Hitler appointed a new Nazi government, and “Anschluss” was proclaimed.

Eight months later, on Nov. 9-10, 1938, Austrians joined in the Kristallnacht pogrom against the Jewish community, when 62 Austrian synagogues got destroyed, thousands of Jewish stores were looted and 6,000 Jews were sent to Dachau Concentration Camp. Over the next seven years, 65,000 Jews from Vienna would be murdered.

Austria became a federal state of Germany until the end of World War II.

“The Sound Of Music” may not go into detail about these atrocities, but it does effectively show how the Trapp family no longer felt safe in their own homeland while it was under Nazi control. When the Captain and Maria learn that Austria has been annexed by the Third Reich, and the Captain gets a telegram ordering him to report to the German Naval base, he decides to leave Austria immediately. The suspense builds when the family gets stopped by a group of Brownshirts waiting outside the villa, and even more so when they slip away and seek shelter at the nearby abbey. The scenes of the Brownshirts searching the cemetery crypt in the dark of night are enormously suspenseful, extraordinarily well handled by director Wise. There’s an enormous sigh of relief at the end when the von Trapp family make their way on foot across the frontier into Switzerland, to both safety and freedom.

Why did Hollywood avoid the subject of Nazi brutality for so long? It’s been noted that after World War II ended, America became fearful about the Soviet domination of Eastern Europe, so screen villains shifted from Nazis in Hollywood films like “None Shall Escape,” “The Stranger” and “Hangmen Also Die” to Communists. Nazis were old news.

At the same time, anticommunist “witch-hunts” started in Hollywood in 1947 when the House Un-American Activities Committee began their investigations of communist influence in motion pictures, resulting in the Hollywood Ten — eight screenwriters and two directors — sentenced to serve up to a year in prison for refusing to testify.

In addition, in her research paper “Censorship and Holocaust Film in the Hollywood Studio System,” Nancy Copeland Halbgewachs writes that the Holocaust became an off-limits subject.

“Following the end of World War II in 1945 to 1969, Hollywood films remained silent about the extermination camps, the sites of the murders and incineration of European Jews by Nazi Germany that came to be known as the Holocaust,” she writes. “The Hollywood studio system produced very few Holocaust motion pictures before 1980 … censorship was a major social cause of this silence.”

And that wouldn’t start to change until the release of Holocaust-themed movies like “The Diary of Anne Frank” in 1959 and “Judgment At Nuremberg” in 1961, both nominated for Best Picture.

The year 1965 was different, though, in that “The Sound Of Music” was not the only film that looked back at Nazi atrocities.

In 1965, “The Sound Of Music” would win the Academy Award for Best Picture, but another film nominated in that category also looked at the Holocaust. Director Stanley Kramer made “Ship of Fools,” a drama about the passengers aboard an ocean liner bound to Germany from Mexico in 1933. At the end, the ship reaches Germany, where the passengers discover that the Nazis have taken over the country.

Also released that year was “The Train” (nominated for Best Original Screenplay). Set in August 1944, it follows a French Resistance-fighter who tries to stop the Nazis from moving stolen art masterpieces by train to Germany.

The Best Foreign Film that year was “The Shop On Main Street,” a Czech movie set during World War II, about a Slovak carpenter who is given the chance to take over the sewing store of an elderly Jewish woman as authorities prepare to round up the town’s entire Jewish population for transport to the death camps.

Yet another film that year was “Morituri,” (nominated for Best Cinematography), a war drama with Marlon Brando, about the Allied sabotage during World War II of a German merchant ship carrying rubber.

But to me, the most significant Holocaust film that year was “The Pawnbroker.”

What Was the 1965 Film The Pawnbroker? 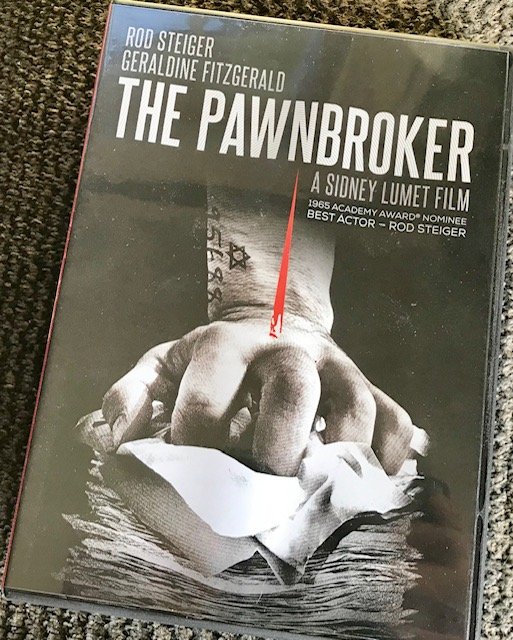 Directed by Jewish filmmaker Sidney Lumet from the novel by Edward Lewis Wallant, “The Pawnbroker” starred Rod Steiger (nominated for Best Actor), and was the first movie produced entirely in the U.S. to deal with the Holocaust from the viewpoint of a survivor. While it won international acclaim for Steiger, the movie was otherwise completely ignored by the Academy Awards.

A truly stunning film, it tells the story of Sol Nazerman, a German-Jewish university professor who gets sent to a concentration camp with his family. His two children die — one while in a cattle car — and he’s forced to watch as his wife is raped by Nazi officers. The film looks at his modern day life operating a pawnshop in East Harlem, where he’s so agonizingly numbed by his past that he can barely experience emotions. Nazerman is a walking zombie, completely alienated from society.

It’s a powerful film — and was perhaps too strong for American audiences in 1965. It would not come anywhere near to the box office success of “The Sound Of Music,” and while it got the critical acclaim that hit movie was denied, it didn’t get any of the awards.

But I don’t hold that against “The Sound Of Music.” I still think it took a certain amount of guts on the part of Wise and screenwriter Ernest Lehman to work aspects of the Nazi horrors into an otherwise light and easygoing film.

And it’s unique to me today that 1965 would turn out to be such a strong year for films that explored the horrors of Nazi Germany — a full two decades after the war ended.