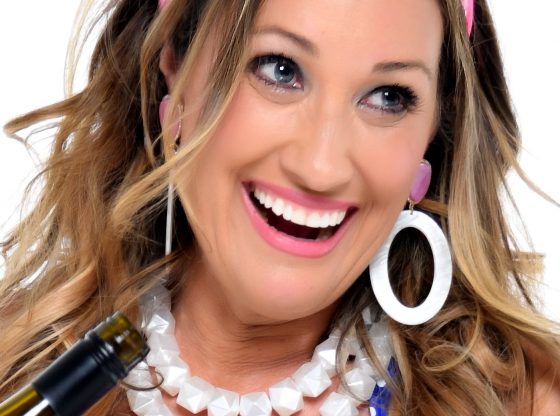 ORLANDO — In 1986, a play called Shirley Valentine was commissioned by the Everyman Theatre in Liverpool and had its world premiere there. Two years later, it opened in London’s West End at the Vaudeville Theatre, with Pauline Collins playing the title role. It would eventually come to Broadway in 1989, and a movie version followed.

If you happened to miss any of those earlier performances, fear not: Shirley Valentine is coming to Orlando in May, as part of the lineup at the Orlando International Fringe Theatre Festival.

The classic British comedy/drama by playwright Willy Russell is being brought to Fringe by the team that delivered the 2015 musical Tell Me On A Sunday. This year, Shirley will be played by veteran actress Sarah-Lee Dobbs and directed Laurel Clark, the executive director of Sleuth’s Mystery Dinner Show. They’re hoping that Fringe audiences find great rewards in following the life of Shirley, the Liverpool housewife who feels trapped in her domesticity and dreams of escape to an exotic Greek Island.

“Come join her, for what happens next will steal your heart,” Sarah-Lee noted, while adding that this Tony Award winning play is now viewed as a “timeless classic.”

Freeline Media reached out to Sarah-Lee to find out more about this show.

How Did Sara-Lee Choose This Play?

Freeline Media: What made you decide to bring this 1980s play back to Fringe?

Sarah-Lee Dobbs: In 2017 it started a new national tour in England because it was Willie Russel’s 30-year anniversary of this Tony award winning play that was made into a film in 1989, which won Pauline Collins an Oscar for her amazing portrayal of Shirley. I wanted to bring this piece to Orlando because I am so impressed that even though this script is over 30 years old, it is timeless and speaks to men and women alike, and Shirley is a icon of female empowerment.

FM: Have you been a longtime fan of the original play?

Sarah-Lee: Yes I have been a long time fan since I was a teenager. I am huge Russell fan, my favorite musical being Blood Brothers.

FM: As a one-woman play, what are the challenges (and rewards) of playing Shirley?

Sarah-Lee: Without a doubt, Shirley is of my favorite characters that I’ve ever played in my career. I love her so much , so-rehearsing her has just been a simple joy. And being British, the writing rolls off my tongue. That being said, one challenge with this piece is to keep the Liverpool authentic but soft enough for the American audience to understand.

FM: Do you think there’s a message in this play that will resonate with today’s audiences?

Sarah-Lee: Her musings about love and relationships would speak to people of all generations. And we all need reminding it is “our“ life to live.

FM: And after Fringe, what’s coming up next for Sarah-Lee?

Sarah-Lee: A vacation! These days I am a full time acting coach so I will continue to nurture and guide the Orlando stars of tomorrow. I am a weekly on camera host for Canna News and a regular at Sleuth’s Mystery Dinner Theater and Universal Orlando.

Laurel and I have a new cabaret show in the works and there may be another theater role coming up …. but Shhhhh right now.

Shirley Valentine is being presented in the Brown Venue on the following dates: