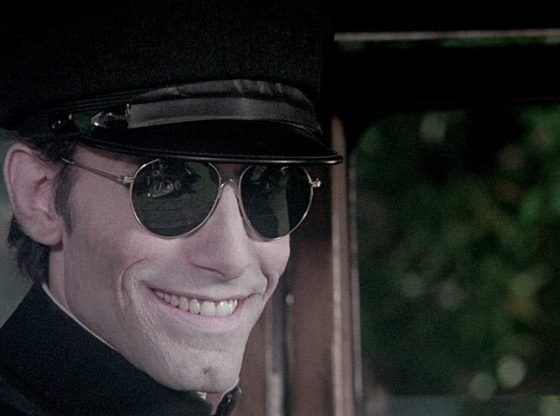 ORLANDO — As lover of all things terrifying, my core belief is that every day of the year is perfect for watching the best horror films. But without a doubt, the Halloween season is pretty much le moment ideal for rediscovering some oldies but perpetually terrifying genre films. And one of the movies that never ceases to terrify me and haunt my dreams is a 1976 haunted house thriller, which is why I’m now remembering Burnt Offerings.

Released in April 1976 (when I first saw the film and remained committedly terrified of it for decades), Burnt Offerings is based on the excellent gothic horror novel by Robert Marasco. It tells the story of a young couple, Ben (Oliver Reed) and Marian (Karen Black), who desperately need to get out of the big city and spent a more relaxing summer in the country. They discover a giant Victorian summer home that’s surprisingly cheap to rent, and head there with their son David (Lee Montgomery) and Ben’s aunt Elizabeth (the legendary Bette Davis, back for more horror thrills after ‘Whatever Happened to Baby Jane?’).

Now granted, suspiciously cheap rent is usually a dire warning sign in horror films; and Burnt Offerings ups the ante by having the owners, Arnold (a deliciously perverse Burgess Meredith) and Roz (the ever-terrific Eileen Heckart) seem almost desperate for Ben and Marian to take the place. Hmmm, now why would they …. oh, never mind. The family moves in, falls in love with this historic home …. and sure enough, soon discover strange things going on there.

Oh, and have I mentioned that Arnold and Roz’s mother, elderly and quite infirm, lives there in a room in the attic, doesn’t like to be disturbed, but would be happy if Marian makes her lunch every day …

Still, if it sounds like clichéd stuff, it’s not, thanks in part to Marasco’s wicked imagination, and the fact that the movie is very loyal to the book, following it virtually scene for scene.

At the time of its release, Burnt Offerings wasn’t exactly hailed as an instant classic, with more than a few critics dismissing the film as pretty ho-hum stuff. The great horror and fantasy magazine Cinefantastique was typical of the response from most critics; author Bill Kelley dismissed the movie by writing “Burnt Offerings tells a story that is as creaky and decrepit as the mansion in which most of it is set …. the film is merely an awkward pastiche of haunted house clichés.”

Part of the reason for the negativity, I think, was the identity of the director and screenwriter, Dan Curtis. Mainly associated with television and the gothic horror soap opera Dark Shadows, I don’t think Curtis was ever taken seriously after creating Barnabas Collins.

That’s too bad because his stellar resume includes three superb horror TV movies, The Night Stalker (which introduced us to Carl Kolchak), and the anthologies Trilogy Of Terror and Dead Of Night. But as the creator of Dark Shadows, I think most critics were quick to suggest he was no Alfred Hitchcock, etc.

In my view, Burnt Offerings has aged exceptionally well, and the movie offers a series of quite eerie little moments here and there that are going to leave you feeling unsettled long after the movie is over.

And Curtis did it all without the use of computer-generated special effects that far too many horror movie directors over-rely on these days.

Why Is Burnt Offerings Scary?

One of the creepiest scenes is at the beginning, when Ben, Marian and David visit the home for the first time, and meet Arnold and Roz. Although Heckart underplays her role, Meredith steals the entire scene playing a man in a wheelchair who comes across as eccentric, a bit zany, but friendly and harmless — similar to the character he played a year later in the horror film The Sentinel.

Then he happens to look out the window and notice David climbing a tree in the front yard, falling … and injuring his knee. In that brief moment, the perverse and demonic expression on Meredith’s face completely changes our perception of what’s happening, and we suddenly know that Ben and Marian are making a dreadful mistake.

The fact that Meredith can leave us feeling so alarmed from a single expression says a lot about his skills as an actor, and how he should have been used far more often in horror films.

Another unsettling early scene is where Marian goes up to the attic to visit the elderly mother, and finds she’s locked away in her bedroom. But it’s what Marian discovers in the old woman’s sitting room that builds the suspense: a series of photographs of people, nicely framed and mounted on a table, some of the photos obviously dating back more than a hundred years. And what they all share is a strange quirk: the grim, seemingly frightened looks on all their faces ….

But for me, there may be no more sinister and terrifying moment than when Ben has a nightmare in which he recalls being a child attending a funeral …. and finding himself being ominously stared at by a hearse driver wearing a chauffer’s cap and sunglasses. Played by character actor Anthony James, who mostly played bad guys in westerns like High Plains Drifter or crime dramas like In The Heat Of The Night, he’s absolutely menacing in a silent role as the hearse driver who keeps showing up at that Victorian Mansion, a bit more and more sinister and forbidding with each appearance.

There are plenty of other scary moments in Burnt Offerings — and again, not the kind of obvious scares that you might be expecting.

If you haven’t seen Burnt Offerings, if you’ve never heard of it but are now intrigued, or if you saw it years ago and want to watch it again, find a Saturday night before Halloween arrives, get a bunch of friends over, make a big batch of popcorn and then some drinks, and settle in to watch this highly underrated horror film.

Even today, that hearse driver not only haunts Ben’s dreams … but mine as well.