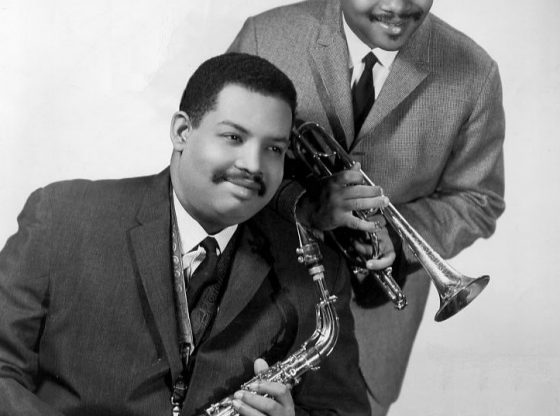 ORLANDO — There’s no question that African American music — from Jazz and R&B to blues, hip hop, and rap — continues to attract massive and cross-cultural audiences in the U.S. On Aug. 4, New York City kicked off Birdland, a monthly performance series honoring the music of a Jazz legend, Duke Ellington.

Studies indicate that African Americans watch more television per week than the average household — an excellent opportunity for networks to showcase the expanding appeal of different styles of music created by legendary African-American musicians. Still, a historian who has written about the history of black music believes the networks are missing out when they skirt a diverse lineup in their music programs.

Pascal Archimede, author of “Black American History, from Plantations to Rap Culture,” a 2018 book, said it’s smart when the networks add popular African American performers to the lineup, although he added that historically, racial segregation ruled the day when it came on programming.

Network Censorship Then — and Now

The good news, noted Archimede, is that how black music is commonly shown on television today marks a radical  departure since the dawn of television in the late 1940s and early 1950s when black music like Jazz was definitely welcome on TV — but only if it was presented to audiences by lily-white performers.

Today, he said, networks understand the appeal of not only presenting popular black musicians to help drawn in viewership from African-American households but also their crossover appeal to white audiences as well.

But what’s also changed, he added, are unique challenges that black musicians face today relating to a different kind of censorship — one that revolves around the very freedoms these musicians have gained in recent decades to create the kind of music they want.

“Of course there’s always been this problem in terms of visibility,” Archimede said. “I’m thinking about, for example, Jazz music. Because when Jazz became popular, white people discovered this part of black culture and what they were expressing through this music. But at the same time, Jazz became the exploitation of black music styles by white organizations. By the time Jazz appeared, it was the time of the birth of the television.”

And it was white musicians like Benny Goodman and Glenn Miller who became the face of Jazz for the earliest television audiences, he added.

“Having them on screen was a way to maximize the potential viewing in a still heavily segregated society,” he added. “It’s a type of cultural appropriation to make it more digestible, by preferring to use white people as ambassadors of those types of music, so you know white America could be more interested in the products.”

While there’s been progress when it comes to putting black music on television, there ‘s hurdles as well.

What Are the Roots of Black Music in the U.S.

Archimede noted that African American music can’t be separated from the Transatlantic Slave Trade that forced millions of African people across the Atlantic into slavery. What they brought to this country were the sounds of African music that had helped shape their lives.

“When we speak about black music in the U.S., black music is coming from African musical traditions,” he said.

Noting that the earliest music by African slaves had “a very dark and violent history,” he said, “Work songs on plantations were created by the second generation of slaves when they were working on the plantations. Later, when they got evangelized, they created the negro spritual, which would turn in the 1920s and 1930s into gospel. And when slavery got abolished, some of the ex-slaves decided to stay in the South and became sharecroppers, and the work songs turned into kind of shouts that lonely sharecroppers used to sing while working, sending their shouts to the neighboring sharecroppers.”

Those former slaves who went north, he added, worked in industrialized areas and became instrumental in the development of the blues and Jazz.

By the 1960s and the civil rights movement, “Soul and funk music appeared to awaken the black conscious,” he said. “But things really started to change when black people started to own their own channels of distribution.”

Today, he added, black musicians play a key role in some of the hottest and biggest-selling forms of commercial music, including rap and hip hop.

“Today, rap music and hip hop are the most bankable type of music in the United States, and there is no way you can do anything without the performers, so on TV shows they are more and more invited,” Archimede said.

That’s the good news, he noted: modern audiences, regardless of race, embrace African American music, musicians and their style.

But that doesn’t mean there are no challenges going on behind the scenes, he added.

“In the 1980s, rap music was used as a tool, and there was a kind of positive message to uplift the people, and to make them aware of situations like the hard life in the ghetto,” he said. “Even today, some rap songs are still promoting positive messages — life, love, and freedom.”

More problematic, he said, has been the trend, particularly in rap music, to focus on a darker and far less upbeat message — and one that may be too harsh for mainstream television audiences.

“The rap music that gets attention today is often outnumbered by artists who spread death and self-destruction,” Archimede said. “Spreading this type of message could create an environment that may encourage young people to act badly. For some rap artists, it’s to promote the life they’re living.”

Archimede said he believes the record labels, presuming this is what sells, promote that negativity as much as the artist does.

“The rap artist is an employee,” he said. “He is not the boss. His employers are the record labels and the radio stations that are working all together. The record labels today are ready to pay top labels for negative messages — black on black crime, drug usage, or complete degradation of black women.”

It’s a controversial subject, he added, even within the African American community.

And it’s a message, he said, that mainstream television may be just as eager to avoid.

Looking back, he noted that some 1970s music, often labeled as disco, has roots in older black traditions like soul and R&B, which had uplifting messages about spreading love and togetherness.

“What you can find in disco is R&B, which can sometimes sound like disco music, and my feeling is this music is maybe more open-minded,” he said. “And music is supposed to transcend ethnic and cultural boundaries.”

Archimede hopes to eventually see a day when black performers are given more than just an opportunity to perform on stage — and are also provided a strong hand in the decision-making process happening behind the scenes.

“My personal feeling is that just like sports, black people are allowed to participate in the front end, but we have no say in the back end,” he said.