What Every Man Needs to Know About Pheromone Soaps 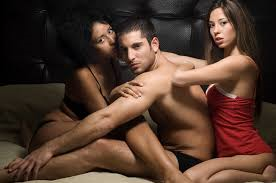 ORLANDO  — For a lot of guys, there’s nothing that feels better after a rough day at work than gearing up for a hot, relaxing shower.

Well, almost anything. Finding a beautiful lady for a night out is even better.

And in a way, those two can now go hand in hand. First, the hot shower — then the night out with a sexy lady on your arm.
Showering right after work gives you a chance to look, feel — and smell — your best before you find out who’s available that evening. And it’s also a chance to do something else to give yourself a strong edge: by using Tactical Soap.

Showering at the end of the work day is a terrific way to unwind before the evening’s festivities begin, and there are good and bad shower habits to consider. The best one is using pheromone soap, a truly awesome option for not only a nice scrub, but also a boost for whichever lucky lady heads out to dinner with you that evening.

The newest collection of Tactical Soaps truly are maverick, in the sense that it’s not just about wiping away the sweat and grime on your body. This is a line of clinically-tested soaps infused with something special: a proprietary bio-identical pheromone formula. The goal is a scent, all right, but not a clean, freshly showered one. These soaps are carefully designed to make you more attractive to the opposite sex.

We’ve all heard the line about love at first sight, but how about love at first scent? It never used to be that way, but there are a lot of different factors to sex appeal. Looks can be just one aspect, along with how romantic and sensual you are. And scent is definitely among them as well.

Soaps infused with synthesized pheromones were designed with that concept in mind: to help men attract women, But does it work? More importantly, do pheromones work?

We do know that tests have been performed, including one where several women were blindfolded, then asked to smell scent strips that had been rubbed on men who had either just washed with tactical soap, or done a pheromone-free body wash. They were asked which scent strip they were attracted to. And they did, in fact, choose the one laced with the pheromone scent.
So what else do we know about Pheromones?

Quite simply, a pheromone is a chemical that an animal produces, which can change the behavior of another animal of the same species — which is why they’re known as behavior-altering agents. And some of that change comes in the form of sexual behavior.

Pheromones are similar to hormones, except they’re secreted outside the body. But they have been proven to influence the behavior of others. That can include sexual arousal.

The study of pheromones in humans in hardly new. German physician and hygienist Gustav Jäger was the first scientist to put forward a study on human pheromones, back in the 1800s. He believed they were compounds associated with skin and follicles that mark an individual’s human odors.

From further research over the years, we also know that human pheromones, as opposed to the ones on animals, are highly individualized — which means they’re not always noticeable. But research shows they’re a part of us, all right. In 1986, Dr. Winifred Cutler, a biologist and behavioral endocrinologist, completed research studies showing that pheromones could be traced in our underarms. Once underarm sweat got eliminated, her researchers discovered that what remained were the odorless materials containing the pheromones.

What Are The Other Benefits of Tactical Soap?

Tactical soaps are a lot of things. They’re all natural, often handmade, and they’re becoming an important part of men’s fitness and men’s grooming. For the alpha male in all of us, they’re essential.

Whether you’re headed out to a job interview or planning a romantic night on the town, tactical soaps will make sure you look, feel and smell your best.

The ingredients tend to be natural as well, and healthy for you, ranging from olive oil and coconut oil to sodium hydroxide (lye), shea butter, and other strong nutrients that help make them stronger than bland generic soap.

The makers of tactical soap often partner with clinical psychologists and pheromone experts to create that perfect formula. And there’s no question that once you’ve started using them, the power of pheromone soaps are going to help you feel your best.

As you step out of the shower, your skin will feel great, you’ll look great, and those pheromones are going to put a real swagger in your step. Fully infused with proprietary bio-identical pheromone formulas, these soaps focus on pheromone blends that target specific male traits that the opposite sex will find attractive. Your masculinity, charisma, and attractiveness are all going to benefit.

So if you’re planning for a big Friday night and are hoping for an even bigger Saturday morning, rush out now to get yourself some Tactical Soap, the pheromone cocktail that’s been backed by numerous studies on the legitimacy of true chemical attraction.

These sexy and all natural soaps are just what you need if you want to be on top of your game once you step out of the shower.

Rags To Riches Glamour or Political Drama: Evita Has it All
Is African American Music Underpresented on TV?