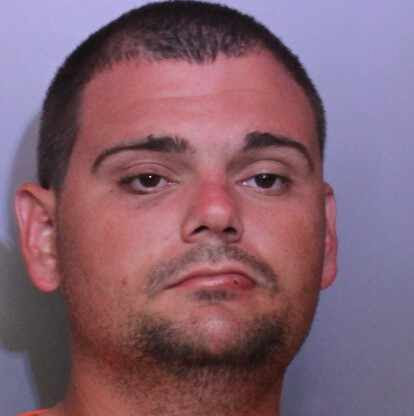 WINTER HAVEN — The Polk County Sheriff’s Office is crediting witnesses who quickly called police for the arrest of two brothers now being charged with shooting at occupied vehicles during a terrifying night in the Winter Haven area.

Carrie Horstman, public information officer for the sheriff’s office, said the brothers got arrested on Friday after shooting at occupied cars from a stolen truck in the Auburndale and Winter Haven area.

The good news, she added, is there were no injuries reported.

“Thanks to our cooperation with the Auburndale Police Department, a tight perimeter, and people who saw something, and immediately said something, we took these brazen brothers into custody before they killed someone,” Judd said. “It is a miracle nobody was shot.”

It happened on Friday evening, in what became a night of terror for several local residents who nearly became victims of this shooting spree.

Polk deputies arrested Shawn Whitten, 25, of Auburndale, and his brother, Brett Crosby, 19, of Lakeland, after they drove around the area in a stolen truck, shooting at occupied vehicles in the Winter Haven and Auburndale area, before crashing the truck and fleeing.

What Happened On Friday Night in Winter Haven?

According to the arrest report, the case started around 7:22 on Friday night. Horstman said deputies later reported that Whitten was driving a stolen black Toyota Tacoma pickup truck on Spirit Lake Road in unincorporated Winter Haven. Crosby was in the passenger seat, and the truck had been reported stolen that morning.

“As they approached the intersection, Crosby fired a gun at a 2001 Chevy Suburban that was heading eastbound on 4th Street,” Horstman wrote in her report. “The projectile struck the rear driver’s side window. The female driver and sole occupant was not hit.”

It’s not clear why Whitten fired at the woman’s car.

Then at 7:36 p.m., Whitten was seen driving west on K-Ville Avenue at a high rate of speed, and got closer to a Honda Accord being driven by a woman who was about to make a turn.

“In the back seat were her three children, ages 6 years old, 5 years old, and one year old,” Horstman noted. “Crosby discharged a firearm towards the victims. The projectile went through the rear window, shattering it. Nobody was struck.”

Whitten kept speeding down K-Ville Avenue and got closer to another car, a Chevy Equinox, near the entrance to Anchor House. A man was driving that car, and as Whitten drove past the Equinox, Crosby used his firearm to shoot at it.

“The projectile went into the driver’s side window, but miraculously did not hit the driver,” Horstman wrote.

How Did Law Enforcement Learn About This?

Around the same time, the Auburndale Police Department got a report by an eyewitness that someone driving a black pickup truck was waving a firearm out of it.

And at 7:42 p.m., the Polk County Sheriff’s Office got a call about a single car crash, with a black pickup truck running off the road at East Carroll Road and Palmer Road. The caller said the two men inside the car had fled the scene on foot.

Deputies went to the scene, established a perimeter and began a K-9 track.

“During the track, they were told by a resident in the area the suspects were possibly the same two men who were seen fighting at a house on Palmer Road,” Horstman noted.

The deputies went to the Palmer Road house where they found Whitten and immediately arrested him.

The deputies found Crosby in a bedroom in the home, lying under a blanket and unresponsive. After Polk County Fire Rescue personnel treated Crosby, he regained consciousness, and was taken to a local hospital. Once released from medical care, Crosby ill be transferred to the Polk County Jail.

What Charges Do They Now Face?

Whitten has been charged with:

Horstman reported that Whitten has been in the Polk County Jail eight times and state prison twice.

That includes previous arrests for aggravated battery, burglary, giving false information to a law enforcement officer and violation of probation — which led to Whitten being sentenced to 3 years and 10 months in state prison — fraud, grand theft, and drug possession.

In April 2018 he was sentenced to three years felony probation for grand theft of a motor vehicle.

Crosby is being charged with:

Crosby is still being treated at a local hospital.

It’s not clear why the two men went on this shooting spree, or how their auto crashed.

Appreciating Eggs in a Cholesterol World
Jewish Cinema: Polanski’s “The Tenant” is not the tale of a madman