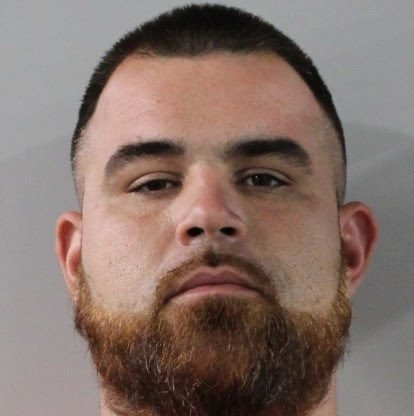 Crime |
MULBERRY — A 29-year-old Lakeland business owner is facing murder charges after Polk County detectives say he shot and killed a man who had shown up at his tow truck company.
Michael Shane Denn II was arrested on May 17 in Mulberry after detectives say he shot the man in the back of the head following an altercation involving a towed vehicle. He’s now being charged with second degree murder.

What Led To This Fatal Shooting?

Scott Wilder, the public information officer for the Polk County Sheriff’s Office, reported that this fatal incident happened on Monday, May 17 around 6 p.m. Polk County Sheriff‘s deputies and Polk County Fire Rescue got a call about a shooting and responded to Strapped Transport Towing and Recovery, a tow company on Virginia Street in Mulberry. They found a man lying in the front yard of the business with a gunshot wound to his head.
They also found a second victim, a man described as suffering from injuries caused from being struck by a vehicle.
Both victims were transported to Lakeland Regional Health, where the gunshot victim was declared deceased. The second man is still being treated at the hospital and listed in stable condition. Neither man has been identified by the Sheriff’s Department.
Wilder said detectives discovered the gunshot victim had shown up at Strapped Transport Towing to retrieve his car, which had been impounded a day earlier. The staff informed the man that he’d  have to wait for the tow truck to arrive at the business so it could pull his vehicle out of the impound lot.
Denn, who owns the business, showed up with the tow truck, and asked the owner to wait until his car was removed from the property. The two men began arguing, and the impounded car’s owner went to his vehicle, got in, and began backing it onto the roadway.
But as the owner got to the road, the man who had sustained injuries rushed over to the driver’s window and began punching the car owner in the face. The owner then tried to get out of his car but the assailant kept shutting the driver door to keep him from getting out, and continued punching him. It’s not clear if the assailant worked at the tow truck company.
The vehicle’s owner was able to put his car in gear and drive down the road, but detectives say he then turned his vehicle around, accelerated toward the man who had assaulted him, and struck him with the right front bumper. That man was struck hard and landed in the front yard of the business.
The owner exited his vehicle, and started to run away from Denn. Detectives say that was when Denn fired three rounds at him.
“The third round struck the decedent on the right side of his head, slightly just behind and above the right ear,” Wilder reported. “No exit wound was observed. The decedent immediately fell to the ground.”

Fringe Review: Stories On Sunset
Pulse Remembrance: An Evening of Reflection and Promise