The Weighty Question for 2019: What To Do About Social Media

Home /Freelining/The Weighty Question for 2019: What To Do About Social Media 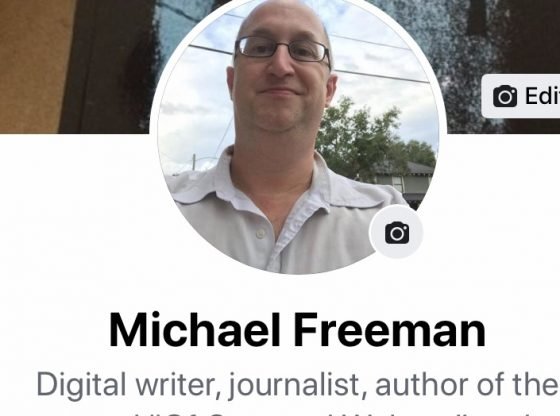 ORLANDO — As 2018 comes to a close, I find myself going back and forth on an issue that should probably seem a lot less weighty than it does.

“Delete” is probably too strong a word. As we all know, you can’t really eliminate your Facebook page. The social media giant saves it for all eternity, in the hopes that you’ll eventually say to yourself, ‘Gosh, I can’t live without Facebook, I’ll revive my old page.’ So all your personal information stays stored in their system. Whatever you post on the site lives forever.

This probably shouldn’t be an issue of such gravity. With terrorist bombings in France, England and Germany, genocide in Yemen and Syria, and the Rohingya persecution in Myanmar, the status of a silly social media site should be about as important as what laundry detergent we use.

But I wish it were that simple. While I was raised to believe you don’t kick a dog when it’s down, every month seems to bring about more embarrassing news about the travails of sites like Facebook, prompting more than a few people to repeatedly urge me to do the same thing they did, and delete their page. And honestly, my resistance to their arguments gets weaker by the day.

So how did we get here?

While I don’t know a lot of people who positively love Facebook — most people I know who use it see the site as more as a serviceable tool, a way to stay connected with friends and relatives — I sure do know a bundle who despise it.

Some people think it’s horribly boring — you know, the flood of posts from people you connect with saying things like “Went to Red Lobster Today” or “It must be 5 o’clock somewhere!”

In fact, I work with a group of 20somethings, and most of them are not even on Facebook — they think it’s an “old persons” site (you know, when your mom and dad are on Facebook every day, it’s pretty much the last site you want to be on.)

Then there’s the cringe factor: we all know the folks who seem to specialize in TMI posts. There’s the big announcement that they just caught their husband cheating on them (with intimate details), the photos of themselves in the hospital looking deathly, descriptions of the stomach bug that kept them in the bathroom all day, etc. For those who think exhibitionism is solely about showing nude photos of yourself, you’re quite wrong. For whatever reason, some of us love going into gory details about what sucks in our lives. And that’s become a massive turnoff in and of itself.

I don’t particularly like the way Facebook established an algorithm which decides who is going to see your posts — the folks you seem to be interacting with on a daily basis — so you mainly can get seen by a small handful of followers. I have people write me and ask I never see your posts anymore, have you blocked me? Nope, but Facebook is limiting what you see so you won’t be “bored” by too many posts on your feed.

So it’s not like the site didn’t have a boatload of critics to begin with. What it didn’t need to pile on top of all that was political controversy and issues about privacy and personal security getting tossed into the mix.

What Controversies Are Confronting Social Media?

I woke up this morning to find I’d gotten an email from the conservative news site Newsmax, with the headline ” Social Media Hikes Depression Risk: Study.” Lovely.

The article noted that “Whether engagement was measured in time or number of visits, the people in the top 25 percent of social media users had significantly higher odds of depression than the bottom 25 percent.” It found that seeing other people’s posts makes some feel like their lives are inferior, makes them feel addicted to the internet, and puts them at greater risk of cyber-bullying.

I don’t find myself experiencing any of those symptoms or issues, though I am ready to jump on the bandwagon of those outraged about how Facebook allowed certain companies to have access to our personal information, list of friends, and even private messages. Facebook has become the doctor who commits malpractice a lot.

It’s hard to talk about the controversy over Russians creating fake Facebook accounts in order to influence the 2016 presidential election, because that always leads to an explosive discussion about Russia-Trump collusion, the Meuller investigation, a “corrupt” FBI, blah blah blah. That whole thing has expanded so far beyond just social media posts that you need to be prepared for plenty of shouting matches to get through five minutes of it.

And I wasn’t any happier to learn this month that Facebook had a data-sharing agreement with businesses like Apple, Amazon, Microsoft, Spotify, and Netflix to give them full access to our user data.

Normally I’m not a champion of government regulation or control of the free flow of information, social media sites included, but I was thrilled when I read that U.S. Sen. Ron Wyden, D-Oregon, wanted to introduce legislation to enact civil penalties for tech executives who break privacy laws. He also plans to introduce a “Do Not Track” bill to let people opt out of having their personal information shared with tech firms.

Ron is my hero these days.

But I don’t have a lot of confidence that Congress can cure what ails social media. And I’m just as skeptical that there will be a mass rush of Americans opting out of Facebook. So this debate is only just beginning.

I’m not an anti-social media person. I enjoy and would extol the virtues of using Twitter and Instagram, although I have issues with both, and I’m generally less enthusiastic about Facebook, for a variety of reasons. But every time I get ready to delete my account, I keep reminding myself that my FB past won’t go away. It just goes dormant.

It’s an issue I’ll go back and forth on, for a while.

And in the meantime, I can wait for the next shoe to drop from the Facebook team, the next humiliation to be revealed. You know it’s coming.

Some Final Thoughts on Orlando…

The Problem With The 25th…

Stay in Syria, Hoda: The…