The Strange Link Between Dreams and Depression 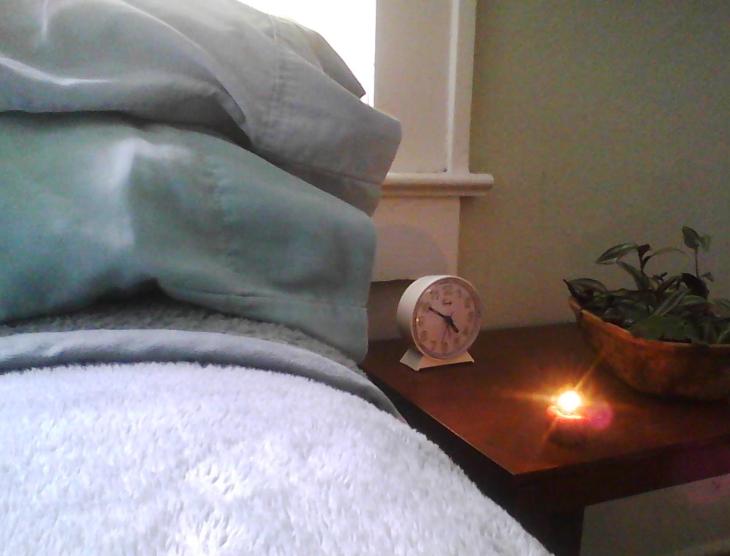 I went to bed last night feeling sleepy, but not exhausted.

Lying down in my comfortable, all-too-familiar bed, I stretched out, and expected to drift off fairly quickly – but I didn’t. It took for a bit longer to fade, although it wasn’t because of anything weighing on my mind.

Truth is, I was feeling uniquely happy and at peace with myself and the world. Some good things had happened to me recently, and I felt optimistic.

Early this morning, I had what could only be called a disturbing dream. I was in a village, a tiny one, and from the looks of things, a very historic community, totally unfamiliar to me. It reminded me of a New England village, with quaint antique homes that date back more than a century.

Into this picturesque setting was a lot of eerie happenings beneath the charming exterior.

What Happened on that Train?

There was a train transporting the villagers back to their homes. I rode the train – and quickly came to regret it. The villagers were strange, to put it mildly. I sat there in my seat, feeling increasingly uncomfortable as the people seated around me began to turn and stare at me – often with a smirk on their faces, other times with a malicious grin. I had no clue why I seemed so entertaining to them — except, perhaps, that I wasn’t a local and was an outsider.

A woman sitting opposite me suddenly moved closer, and, with a kind of giddy excitement, told me about the horrors going on in the village. She described the body of a woman, tortured and hideously mutilated, that had been found, naked, on the shore of a lake.

This woman seemed less aghast than exhilarated, like she was describing the menu for her upcoming dinner party. Suddenly everyone on the train was equally animated, discussing the woman who had almost certainly been hideously brutalized before her tragic death.

I sat there and listened, feeling increasingly out of place. Why was everyone so eager to tell me the gruesome details?

When the train came to a stop, I jumped at the opportunity to get off, regardless of where I was. Standing on the platform, I watched uneasily as the other passengers gathered around the windows and stared out at me. They were all smiling, almost radiantly.

I felt a huge sense of relief when the train started up again and vanished down the tracks into the valley beyond.

I stood there on the platform, completely alone. There wasn’t a soul around me. I looked in different directions, trying to figure out where to start walking ….. when I sensed the presence behind me.

He appeared from out of nowhere. He was a hulking figure, dressed in filthy rags – including the white sack covering his face, save for one hole cut open to let a single eye glare out. He was moving toward me now, not quickly, but slowly, menacingly.

I knew this was the man who had murdered that woman. I had no ability to run as he reached out for me ….
I woke up at that point, with a start. I felt shaken. It took me a few minutes to realize it was 6 o’clock in the morning, in my safe house, in my warm safe bed, with my cat Squeaky quietly snoring right next to me.

I mention all this because I wonder why I always seem to have deeply disturbing dreams when I otherwise feel upbeat and optimistic?

Is There a Link Between Dreams and Depression?

I almost never have these horrible dreams when I’m feeling downbeat, even depressed. But I do find it easier to fall asleep.

Several months ago, I hit one of those periods in life that I don’t fall into very often, but when I do, it’s pure agony: a deep state of depression that leaves me feeling like the wheels are spinning and spinning, and you’re getting nowhere, and you’ve fallen into a deep hole. You reach up to dig, and the sand falls in your face. It’s a horrible state to be in mentally.

Helplessness and hopelessness are kissing cousins, I think; the more hopeless your situation appears to be, the more helpless you feel. And helplessness is among the truly most unsettling and disabling emotions anyone can go through. You feel ready to quit.

Ironically, I slept remarkably well at this time. I would lie on the couch at night, pretending to be watching television, not absorbing much of anything on the screen. And even though I felt weighted down by these harrowing thoughts, I would fade off into sleep – and at a very early hour, around 8 o’clock or so. I found that I had no energy, no ambition, no drive. I would crawl off to bed, and lie there in the dark, and think about the awful situation I was in … and then all would be gone. I would be asleep.

I took no sleeping or relaxation pills whatsoever, nothing at all to make me sleep. It just happened to me. I would sleep for hours, and not remember a single dream from the night.

According to reports I’ve read online, depression can cause insomnia.

What Do Researchers Say About Dreams?

Rodale men’s health magazine reports, “In a study of sleep and depression published in the American Journal of Epidemiology, researchers at Old Dominion University in Norfolk, Virginia, identified 555 people who suffered from chronic insomnia.

Four years later, the researchers found that this group was up to five times more likely to be depressed than those without insomnia. It should be noted that no one in the group of insomniacs suffered from depression at the beginning of the study period, suggesting that it was indeed the insomnia that led to the depression, rather than the other way around.”

Maybe I should volunteer for the next study, just to make things interesting for them.

Other studies suggest sleeping more heavily is a sign of clinical depression. That sounds more accurate to me.
I no longer feel depressed, no longer feel my plight is a hopeless one. The train has come out of the dark tunnel, and I can see the bright sunny sky again – are those all Freudian clichés? I need to take a clinical psychology class.

But I wonder why, on a night when I felt upbeat and at peace with the world, I should wake up to such a violent dream …

…. Violent and, yes, one that left me feeling helpless and hopeless.

And why in the world would I get so rattled from, of all things, a goofball with a potato sack over his head? Why would I be paralyzed with fear from Mr. Potato Head, looking every bit like a reject villain from an old Batman comic strip?

And since my psyche rarely if ever stops to explain what’s going on in there, I suppose I’ll never know.

Terror in the dark awaits you in A Petrified Forest
Review: Terrors of the mind grip you tightly in “Phantasmagoria VIII: The Chains of Fire”