The “It’s a Wonderful Life” revival: An Obama Era Movie 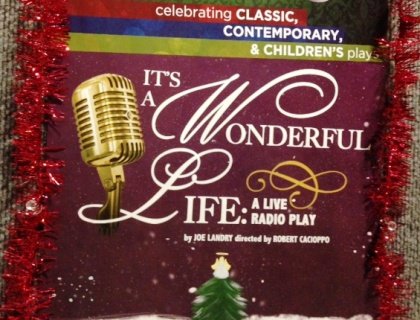 There’s no small irony in the fact that when the movie “It’s a Wonderful Life” premiered on Dec. 20, 1946, it drew mixed reviews, did not do particularly well at the box office, and would lose the Best Picture Academy Award to “The Best Years of Our Lives.” That, in Hollywood’s view, is a movie slated to quickly be forgotten.

Of course, that’s not at all what happened, and the movie’s current status as one of the greatest films of all time (it was preserved in the National Film Registry by the United States Library of Congress) owes much to the fact that the movie became a staple on television around Christmas time starting in the 1970s. The movie got a second life, and today, with so many cable channels available, it’s impossible not to find it playing numerous times this month – as I discovered not too long ago.

Lying on my couch flicking channels, I came to the RKO Motion Pictures logo, and then the start of the movie. I put down the remote and started watching a movie I had seen countless times in the past decades, and wondered if it truly would hold up.

I have to say that, despite so many repeat viewings, the movie still worked magically for me. The sentimentality of the story of George Bailey and his life in Bedford Falls, which prompted so many critics to dismiss it in 1946-47, is ideal for the Christmas season, and director Frank Capra gives us one of the greatest casts imaginable. Donna Reed is simply radiant as George’s devoted wife Mary, Lionel Barrymore is one of the screen’s greatest heartless villains as Mr. Potter, Beulah Bondi shines as George’s loving mother, and H.B. Warner has one of the movie’s more emotionally gripping scenes as Mr. Gower, the drug store owner who gets devastating news about his son and nearly makes a tragic mistake as a result.

And of course, it’s impossible to imagine anyone else but Jimmy Stewart (who won an Academy Award nomination as Best Actor for the role) playing George, the man who sacrifices his dreams and ambitions to take over his father’s humble savings and loan business so he can help improve the lives of his neighbors. As played by Stewart, George isn’t a man of perfection at all. He’s a smart alec early on, tossing wise cracks, who isn’t above telling his father how boring he thinks his business is, and he’s prone early on to bad mood swings.

Check out the scene where George’s younger brother Harry returns home – with a bride and the prospect of a new job at her father’s company. George is devastated because he’s been waiting four years for Harry to return from college and take over the Bailey Building and Loan Association so George can head off to college himself, and pursue his dreams of becoming an architect. When he realizes Harry is moving on to bigger and better things, George slumps into a depressed state – beautifully captured in the scene at Harry’s homecoming party when George stands outside, feeling sorry for himself, until his mother talks him into visiting Mary, the beautiful young woman who adores George. But even when he does, George isn’t above taking his anger over his job situation out on poor Mary.

And, of course, when his Uncle Billy misplaces $8,000 and George is in danger of losing not just the business but also his freedom to a prison sentence, the anger and venom that George unleashes on his wife and children is scary. Watch “It’s a Wonderful Life” straight through, and you’ll see how that sentimental goo that so many critics in the 1940s resisted barely makes a ripple through most of the movie.

How Does the Movie Hold Up Today?

Something else fascinated me, though. Although set in the 1940s, I was stunned at how well all of the movie’s themes played out in today’s world. “It’s a Wonderful Life” is often touted as a “family values” movie, one that strongly reinforces traditional values – including faith in a higher being. But watching the movie recently, I felt it had little to actually say about religion. I think Capra’s interests were decidedly elsewhere.

Yes, the movie opens with God hearing the prayers of George’s wife, children and friends on Christmas Eve, after he storms out of the house in a panic, feeling his life is collapsing on him, and is now on the brink of suicide.

God does decide to send a guardian angel, Clarence, to help George – but Clarence has to work quite hard to convince George (including, in one of the movie’s lapses in logic, having Clarence jump off that icy bridge in Bedford Falls so George will dive into the river as well and save him – thus risking both their lives to pneumonia in the freezing water!) Clarence even has to go to the length of showing George what a unpleasant town Bedford Falls would have been if his savings and loan business, with George himself at the helm, had gone under years ago.

Prior to that, George is almost never seen praying or showing any interest in religion, and in fact in the one scene where he does pray – in a bar on Christmas Eve, where George has gone to drown his sorrows, and where he asks God for guidance – it ends with an angry neighbor punching George in the face and sending him to the floor of the bar with a bloody lip.

The message George gets seems clear: religion won’t save him.

And ask yourself this: why is George suicidal to begin with?

What is the Movie’s Political Message?

The real interest Capra has, it seems to me, lies in George’s business life, not his home life. It’s work and career that consume so much of George’s interest. His family is loving, his wife is devoted, and there’s not much commotion there. No, it’s work that obsesses George and is critical to him, not family or faith.

In a fascinating article in National Review titled “Ladies Man”, writer Kevin D. Williamson looks at the psychology of why white men have reacted so negatively to President Obama, even giving his 2012 rival, Republican Mitt Romney, 59 percent of the vote.

The main reason, Williamson concludes, is that Obama got stuck presiding over a recession that has hurt so many men and their careers and ambitions.

It’s true that George Bailey is never unemployed in “It’s a Wonderful Life,” but he suffers heavily from feelings of inferiority from being stuck in a position that may be a waste of his time and not very rewarding. That, Williamson wrote, is what so many men have felt since the economy nearly collapsed in 2008, the year Obama was elected.

“(H)e presided over an ugly recession in which men were particularly hard hit, and then he presided over a sickly recovery in which unemployment remains elevated and is significantly higher for men than for women,” Williamson wrote.

He continues: “Unemployment is a special kind of hell. My own brief bout with it — for a newspaper editor in the 21st century, having had only a few continuous months of unemployment counts as good luck — was easily among the worst periods of my life, and I was fairly well prepared for it, having some savings, no children, and few substantial bills. The first week was like a vacation. The second week brought anxiety, the third terror. I cannot quite imagine what it would have been like if I had had a couple of kids, an underwater mortgage, and less-encouraging prospects of rejoining the work force in relatively short order. It is entirely unsurprising that there exists a long-established relationship between unemployment and suicide. Nor is it surprising that that relationship is especially pronounced among men. The experience of joblessness is, I think, particularly despair-inducing for men.”

In a similar vein, George Bailey’s greatest doubts don’t come from whether he’s a bad husband or lousy father or someone who disappoints God with his behavior, but a man who threw away great dreams to settle for a low paying position at a dinky little savings and loan. He’s haunted by feelings of being a failure in his job – a man who views himself as being defined through his career more than anything else. The same could be said for the millions of Americans who lost so much during the Great Recession.

How Does George Contrast with Mr. Potter?

But the movie goes out of its way to show that this is, in fact, a deeply rewarding and fulfilling career – in part by contrasting George to Mr. Potter, the rich banker who becomes such a despicable character. The way in which the movie turns Potter into the ultimate Scrooge is fascinating to watch.

Mr. Potter owns the Bedford Falls slums and raises rents on the struggling families living there. He buys up all the banks so he can monopolize the city’s business community, then refuses to provide loans to low-income families that truly need it. He wants to shut down the Savings and Loan because all it does is give money to people who seem barely able to pay it back – a bad investment, in his eyes.

Potter seems to hate having poor people in the community, and views them as an unwelcome nuisance. He epitomizes greed – and, in a sense, the worst in capitalism.

George, on the other hand, is more than willing to provide loans to people who have been turned down by Potter’s banks, because he shares their dreams: to build a home and find a better life. He’s willing to take a risk with them because he believes they are good people. Although this movie is set in 1946, from today’s perspective you can almost hear Hillary Clinton saying “It takes a village to raise a child” – or, in this case, “It takes a village to create a wonderful community like Bedford Falls.”

“It’s a Wonderful Life” is a loving tribute to lending a helping hand to those less fortunate than ourselves, and not writing them off as bums as Potter does, and the movie’s view of capitalism is so toxic that the script could have been co-written by Pope Francis.

From a religious perspective, it’s fascinating how closely Capra’s ideals seem to mesh with Pope Francis’ recent critique of capitalism that does not show a concern for the poor.

What makes “It’s a Wonderful Life” such an uplifting movie is the soaring message in the end, that no man is poor when he has friends. It’s a wonderful notion – but from a political or spiritual perspective, that comes only from people banding together and helping one another, sometimes at the cost of personal sacrifice. That means not putting your own needs above anyone else’s.

“It’s a Wonderful Life,” then, is hardly a tribute to modern day conservatism. Pope Francis probably loves this movie, which has a message that resonates so well with his own teachings.

And from a political perspective, the movie about the perils of greedy capitalism and praise for providing assistance to the needy is a movie for the Obama age, no question.

Be Aware: Used Electronics Pollute Our Environment
Jump into the Holiday Spirit with Festival of Trees 2018