The Greater Fool: The Coming GOP Civil War And Its Aftermath 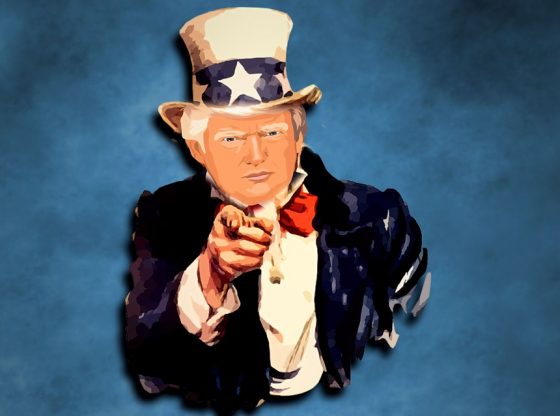 There is a price to be paid for appeasement. There always is. For the last 4+ years, the vast majority of the leadership of the Republican party either held their noses and went along or actively encouraged and joined in on the Trump agenda. The former did so either out of fear of Trump and his hardcore base or for the gains his presidency was bringing in the legislative and judiciary branches, especially the Supreme Court. The latter, the true believers, supported Trump and seemed to annoint him as the Dear Leader they had been praying for.

How Did Donald Trump Govern Once Elected?

Of course, nothing in Trump’s past politically or in business indicated that he would be able to be an effective leader, particularly in times of crisis. His modus operandi had always been to level blame at others for his own shortcomings, to attack perceived enemies viciously and, when out of all other options, to cave and then shift responsibility onto others while refusing to admit defeat. Thus, his multiple bankruptcies, his continued attacks on the Central Park 5 even after their exoneration and, in the primaries, his first claims of fixed voting when he lost. (For purposes of this article, we will not deal with Trump’s sordid history as a sexual predator; that’s fodder for future columns).

After his somewhat shocking victory in an election that featured, deservedly or not, two of the most disliked presidential candidates ever to face off, Trump governed true to form. His administration lied about the size of his inauguration crowd, got to work building a wall to protect us from evil doers, instituted Muslim travel bans. And those were just the initial salvos.

Over time, we experienced family separations at the border, a revolving door of cabinet members, abhorrent public behavior on social media and a slew of potentially illegal activities that led to an impeachment. That impeachment basically confirmed that half of the GOP would support anything from their useful idiot, while the other half worshipped at the feet of their Big Boss.

The acquittal served to embolden Trump further. His actions, his communication, his governing strategy became worse and worse. And then the pandemic hit in earnest, exposing Trump for the underprepared huckster many claimed he was. Except that this time, the price was paid not in dollars lost to bankruptcies, but to lives lost to COVID-19.

How Did Trump’s Party Respond To Each Crisis?

Still, the GOP stuck with Trump. The good outweighed the bad for some. For others, they felt they were perhaps too far in to turn back now. Plus, there was an election coming … they needed unity.

Well, the election was a shellacking. Trump lost by 7 million popular votes. He lost the electoral college by the exact margin by which he had defeated Clinton four years earlier, a victory he himself deemed a ” massive landslide victory.”

Except Trump, true to form, lied about the results, refused to concede, engaged in hundreds of frivolous lawsuits, attempted to strong arm state attorney generals, governors and SCOTUS itself and incited his followers … putting lives at risk. This would have been the fork in the road for most political parties, especially any that still retained dignity, honor or a sense of what’s right.

Instead, the GOP in turn placated a would-be despot or gave him full-throated support. Which culminted first in:

And even then, Trump was acquitted in a second impeachment trial, thanks to a gutless party.

Where Does The Republican Party Stand Today?

Which brings us to today. The GOP is in the midst of a civil war pitting McConnell, Haley, Romney and others who view Trump as a cancer to the GOP against Graham, Cruz, Hawley, Greene, Boebert and others who view him as their leader and potential future president. The next few months, and the less than 2 years until the next federal election will tell who succeeds. And before the Democrats and other GOP opponents dissolve into unmitigated glee at this prospect, they should acknowledge the clear and present dangers.

It’s not far fetched to imagine that should Trump win the party fight, he will be the nominee in 2024. And although his prospects for victory then would look even smaller than in 2016, the chances of pre-election foreign interference and post-election violence should he lose are astronomical. Further, the foundations of our democracy barely withstood Trump’s attempt at a coup in 2020. Can we be certain they’d hold four years hence?

The other option, Trump losing party control, may have equally negative consequences. For one, his followers might lash out in immediate violence. For another, the new GOP might produce an equallly monstrous and anti-democracy candidate, but without many of Trump’s fatal flaws … a wolf of an authoritarian despot in sheep’s clothing.

If we as a nation do not act now, the future may be bleak.