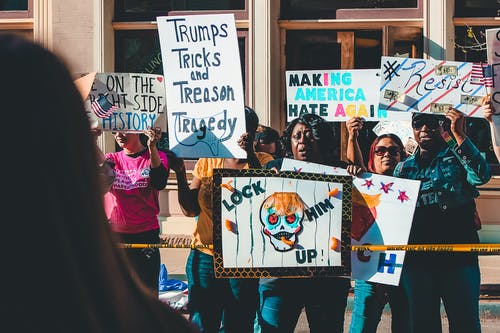 The GOP has now officially rebranded itself as a party comfortable using made up technicalities to excuse insurrection and treason.

President Biden seems to be a focused borderline workaholic. And boring. This is a great thing for America.

Tom Brady is the GOAT in football. He is not even close to the same in team sports.

A man who gleefully enjoys the violent attempted overthrow of the federal government and possible death of his second in command is mentally unhinged, pure evil or both.

Josh Whedon’s career is over. And should be. Full stop.

It is currently as easy to become a vegan in terms of available shopping choices as it was to simply give up red meat 20 years ago.

Major league pitcher Trevor Bauer signed a free agent contract that pays him $40 million next season … more than the entire payroll of 3 teams. Not sustainable.

Eugene Goodman’s heroism not only saved lives. It also exposed the cowardice and craven desire for power of 43 GOP Senators.

The fact that we are critiquing the speed with which the Biden administration got rid of T.J. Ducklo as opposed to being horrified that he retained his job is progress.

The Fairness Doctrine needs a comeback.

Maybe the reason many enjoy vigilante/outside the law/boundary pushers heroes like Dirty Harry, Jason Bourne, Andy Sipowicz, Rambo, Paul Kersey and others is the perceived failure of our legal and elected leadership to do their jobs.

The Bauer take above comes from a lifelong Yankees fan, by the way. So there’s that.

Who would’ve thought a seemingly nice kid like Marilyn Manson was an abusive, misogynistic nightmare of a human. Shocker.

If you think Trump is going away without a fight, you may need a health check.

American society is still awaiting a settling into a new post COVID normal.

The arts industry has taken a gut punch from this pandemic that may take decades to recover from.

It is now legal for a President to do whatever the hell he wants in his final week as a lame duck and face no consequences from the legislative branch. Even run again in 4 years.

Do you think Al Franklin looks around and asks “I lost my job and this is ok?” about 20 times a month?

Have a great Valentine’s Day, everyone!