The Enduring Artistic Legacy of The Tenant 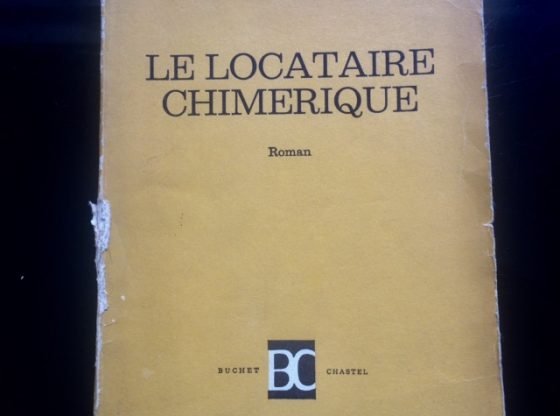 ORLANDO — It was just announced in BroadwayWorld that in November, ballet artist James Whiteside will star in a new production that involves a unique theme in the world of ballet: horror.

The production is called “The Tenant,” and will be performed at The Joyce Theater in New York City from Nov. 6-11.

In this production directed by London choreographer Arthur Pita, Whiteside will take the audience on a terrifying journey as he plays the lead role of Trelkovsky, a man who rents a room in a Paris apartment building after the previous tenant, a woman named Simone Choule, committed suicide by jumping out the window, and he slowly comes to believe there’s a plot to drive him to suicide as well.

Opera and … horror? Absolutely. But isn’t opera about “Swan Lake” and “The Nutcracker” and cute stuff like that? Sometimes.

Keep in mind that this ballet is an adaptation of the novel “The Tenant,” by French author Roland Topor, and what’s fascinating about the idea of this Edgar Allen Poe-like horror story being adapted for ballet is that just a year ago, Topor’s novel was adapted …. as an opera. “Der Mieter,” an opera by composer Arnulf Herrmann, was performed at Oper Frankfurt in Germany.

And a year earlier in July 2016, Iranian director Setareh Aminian staged an adaptation of Topor’s novel in Tehran at Hafez Hall. Aminian staged the play in collaboration with Réformances, a Paris-based company.

And in August 2011, the theater group Woodshed Collective staged their own version of the Topor book as a site-specific performance piece done on five floors of a historic church and parish house in Manhattan, where patrons could wander from floor to floor, and room to room, at their own pace, exploring different stories about the characters in Topor’s book. While that included Trelkovsky, six playwrights created their own separate mini-plays about the other tenants living in that Paris apartment.

Why has Topor’s decades-old novel, originally published in 1964 as “Le Locataire Chimerique,” proven to be such catnip for a diverse number of live performances and artistic factions? What is it about the saga of the tormented everyman Trelkovsky that keeps attracting new interpretations?

It could be a sign of how universal Topor’s tale of alienation, exile and social conformity still feels today.

What Is Roland Topor’s Book About?

“Trelkovsky was on the point of being thrown out in the street when his friend Simon told him about an apartment on the rue des Pyrenees. He went to look at it. The concierge, an ill-tempered woman, refused to show it to him, but a thousand franc note changed her mind. ‘Follow me,’ she said then, without altering her surly attitude.”

So begins the English-language version of the book, which follows how Trelkovsky is so desperately in need of an apartment that he ignores the fact that the previous tenant committed suicide.

In fact, Trelkovsky, a shy and mild-mannered young office clerk, is so excited about his new digs that he has a housewarming party with some friends to celebrate. That’s when his troubles begin. Suddenly he’s the object of rude complaints by his neighbors, who grumble that he’s noisy and has become a troublemaker.

Even the landlord, Monsieur Z, makes it clear that if he gets any more complaints, he’ll take steps to correct the situation (i.e., eviction). Poor Trelkovsky starts feeling a tremendous sense of unease. It’s as if that one party so infuriated his neighbors that they set out to make an example of Trelkovsky: don’t cross the line, or else.

And there are odd mysteries in the building. Trelkovsky’s two-room unit has no bathroom so he has to walk down the hall to the other side of the building to use the communal toilet — which his apartment window looks directly onto. Trelkovsky often notices people standing in the toilet, motionless and expressionless, for hours. After he spills some garbage on the stairs, he dumps most of it in the courtyard trash cans, then races back up to clean his mess — and finds someone else has already done so.

Trelkovsky also discovers a strange connection with the previous tenant, Simone. The café owner across the street, who knew Simone, keeps serving Trelkovsky the hot chocolate she drank every morning, rather than coffee. The concierge gives him her mail, while the landlord insists he wear slippers at night, as Simone did, because he’ll be quieter that way.

As Trelkovsky becomes more and more alienated from his neighbors, he starts to suspect something sinister might have happened — that maybe Simone didn’t commit suicide at all, but was pushed or thrown out the window.

And he begins to fear that his neighbors might now be plotting to do the same thing to him.

“The Tenant” is an intensely scary book, with plenty of strong shivers along the way, in no small measure because its mood of surreal paranoia is so convincing. We’re never quite sure if Trelkovsky is imaging that his neighbors have a plot against him — or if it’s true.

Film director Roman Polanski brilliantly captured that paranoid atmosphere in his 1976 cinematic adaptation of the Topor book, the first time it was adapted to another medium. Polanski himself played Trelkovsky, and expertly captured the pitch dark humor that was part of Topor’s writing style, while at the same time tossing the audience into a black hole where everything happening is either obsessive delusions — or persecution.

No wonder this book continues to inspire artists who use it to raise questions about the maltreatment, abuse and harassment of those who fail to conform. 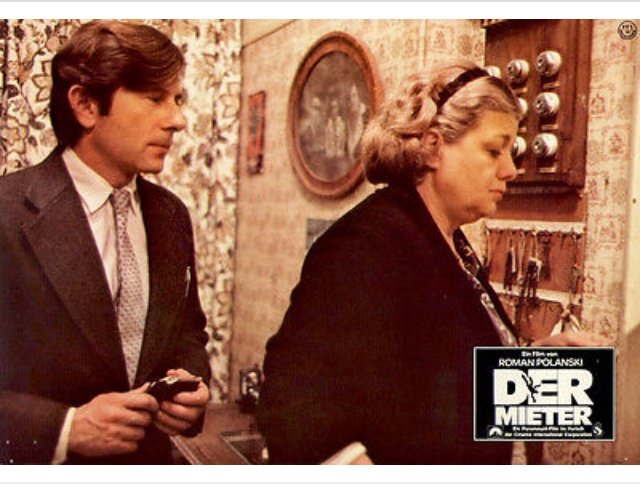 What Other Themes Are Prominent in the Book?

Alienation and exile from “the crowd at large” are major themes in both the Topor novel and the Polanski film. Trelkovsky feels like he’s been shut out of society altogether. And the theme isn’t surprising to anyone who knows Topor’s history. The author was born in 1938 in Paris, to a Jewish family of Polish origin. After the Nazi conquest of France in 1940 and the Vichy puppet government that came into power and began sending French Jews to the Nazi concentration camps, the Topor family had to go into hiding to survive.

In an article about Topor published in Time Out, writer Nicholas Royle noted that Topor’s harrowing childhood almost certainly contributed to the dark and ominous themes he explored in “The Tenant.”

“Trouble with neighbors had been present right from the very beginning,” Royle wrote. “The novel is a tour de force of urban paranoia, although Topor, realizing the potency of ambiguity, keeps us guessing: does the victimization take place in Trelkovsky’s head, or are the neighbors really out to get him?”

As Royle noted, Topor, his sister and their parents, Polish Jewish refugees, lived on rue Jacques-Louvel-Tessier in Paris. “This is where all the trouble with neighbors began, when fellow residents denounced the family as Jewish,” Royle wrote. “Roland’s father was forced into hiding and the children were sent away outside of Paris.”

Clearly, one doesn’t have to be Jewish, French or a Holocaust survivor to feel deeply moved by the novel’s portrait of social estrangement and separation (interestingly, Polanski is also Jewish, living in Paris and of Polish descent). Trelkovsky’s story speaks almost universally to anyone who’s ever felt rejected by their community for not “fitting in,” unwanted in their chosen city.

And that kind of harassment leads to something else: unbearable isolation. Trelkovsky experiences the pain of loneliness, which is something more than a few of us have undergone at some point in our lives.

And that may be why Topor’s book continues to fascinate and inspire artists — whether their medium is film, theater, opera or ballet.

They intrinsically know how many members of the audience at one time or another have felt like a Trelkovsky stepping into that claustrophobic apartment, feeling trapped in there, and sensing the spider closing in on the web ….

Reliving a Horror Movie Classic in “This Is No Dream: Making Rosemary’s Baby”
In Tourism-Loving Winter Park, Hotels are a Unique Part of the City’s History