The African American History in Central Florida, Via Art 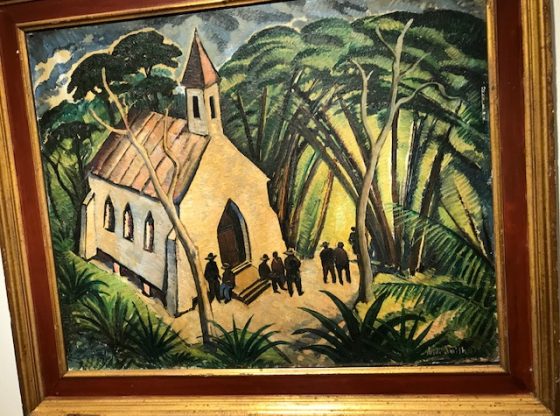 MAITLAND — In a watercolor painting that dates back to the 1930s, simply titled “Orlando, Florida,” the artist Jules Andre Smith depicts a quiet street leading to a vacant road. There’s a pile of debris off to the side, and two small homes in the background. Several African American residents are walking through the area.

The painting is, noted the Art & History Museums of Maitland, one of many works by Smith that captured a sense of what life was like in Central Florida in the 1930s and 1940s for the African American community. “Orlando, Florida” in particular “provides a glimpse of a working class African-American neighborhood in Orlando, before it became heavily urbanized.”

He would also create works that take us back to life in Eatonville, Sanford, Winter Park and Maitland, such as “Barbershop At Eatonville,” an oil painting done in 1940.

“Smith drew, sketched and painted a number of rural and town genre scenes — that is, subjects drawn from everyday life,” the museum’s liner notes point out.

But Smith’s work also has a strong focus on something else: church life and spirituality. As the museum notes, “It is often stated that the church is the center of African-American life.”

The work of Smith and artist Jane Turner of Eatonville make up the exhibit “Maitland and African-American Experiences,” now on display through May 12 at the museum at 231 W. Packwood Ave. If there are two major themes that seem to run through so much of their work, it’s faith and family.

What is the Focus of this Exhibit? 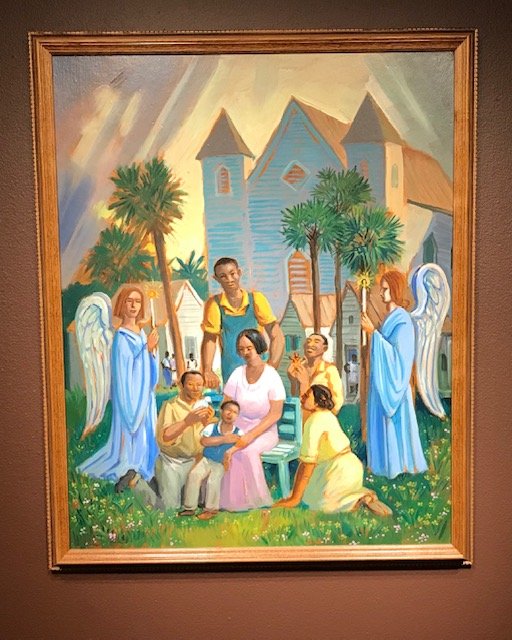 One of the most striking works in this exhibit is “Adoration of the Holy Family,” which Smith did sometime in the 1940s. It shows six people wearing contemporary clothes, with two angels on the side, each holding a candle. Behind them is a church, and a bright light shining from the clouds above it.

The painting manages to “convey a deep sense of spiritual bliss and wonder to the viewer,” the exhibit’s liner notes state. “The scene is illuminated by mysterious, divine light from above. The influence of German expressionism is most apparent in the way in which sky is treated with bold, expressive brushstrokes.”

In his works, Smith — who was born in 1880 in Hong Kong, and was a war artist for the United States Army during World War I — returns over and over to spirituality. His painting “Crucifixion,” completed in the 1940s, shows a black man on the cross, a crowd gathered below him.

“Smith stages the crucifixion as though it were taking place not on historic Calvary, but rather in a contemporary African American community in Florida,” the exhibit states.

In his work “Black Christ as the Good Shepherd,” a 1940 oil painting, “Smith prominently portrays Christ as brown skinned, along with black hair and a black beard,” the exhibit points out.

And in “God’s Children,” also from the 1940s, a group of black parishioners are entering a church that is believed to represent a scene in Eatonville. And it’s one of several paintings that take the viewer back in time, to what life was like for the black community in the Greater Orlando area during the Great Depression, and the war years in the 1940s.

How Did Smith Come to Florida?

In 1930, Smith and his studio assistant Attilio J. Banca decided they wanted a winter studio, so they traveled to Florida. That marked the first time Smith came through a small town that was then called Lake Maitland.

A year later, in the winter of 1931, the two men returned to Florida and rented a house in Winter Park. It was here that the two men met Mary Louise Curtis Bok, a philanthropist who was impressed by their work and decided to provide the money to buy six acres of land in Lake Maitland. It would be used to build The Research Center, an artist colony that was part of Smith’s long-term artistic vision.

Started in 1937, it became what is now the Maitland Art Center and part of the Art & History Museums – Maitland, which was given a National Historic Landmark status in 2014. 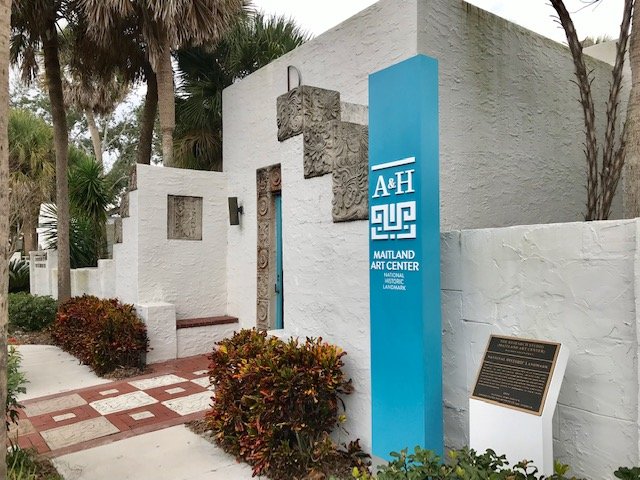 Smith died at his studio in The Research Studio in 1959. Most of his archive and estate artwork is held by the Art & History Museums – Maitland.

Much of his work aims to show the dignity and humanity of the black community during the Jim Crow era.

“In the 1930s and 1940s, J. Andre Smith completed a series of oil paintings and watercolors portraying various aspects of American Americans’ everyday life in Central Florida communities,” the exhibit notes. “Black churches and spiritualty were other themes that ran through his oeuvre during this period.”

He was also interested, the museum notes, in defying stereotypes.

“Smith’s art was never overtly political,” the exhibit notes. “However, we find some subjects in his work that highlight social, racial and class issues.” The exhibit adds, “Although Smith’s renditions of black communities are sometime sentimental, he skillfully challenged many negative, stereotypical depictions of African Americans.”

It also seems that Smith may have believed the black community had far more interesting things going on than anything happening in the white community. He used to write for Winter Park Topics, a publication from the 1930s, and in a column that ran on March 14, 1936, Smith wrote that “… among the negroes themselves, one finds a mixture of comedy and tragedy that is exceptionally dramatic and far more impressive than what the snow white population has to offer.”

The exhibit also looks at the works of Turner, who was born in Alabama to a military family, and then spent her professional career as a social worker. She would eventually settle in Eatonville, where she devoted more time and focus to her art.

“She was encouraged by local artists to continue with her art, and has painted ever since, with the vast majority of her works focused on Eatonville,” the exhibit notes.

“Maitland and African American Experiences” runs through May 12 at the Art & History Museums – Maitland, 231 W. Packwood Ave. Admission is $6.