Freelining with Mike Freeman: Of Sweat and Snow

Home /Freelining, Opinion/Freelining with Mike Freeman: Of Sweat and Snow 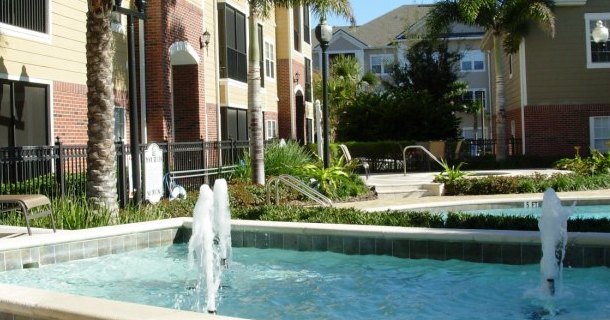 ORLANDO – There’s something particularly weird about watching heavy snow falling, and seeing people outside heavily bundled up in thick jackets and wool hats, and you’re standing in a T-shirt and shorts — sweating profusely.

Maybe that’s partially because this happened to me at 6:30 in the morning, and a part of me was still waking up.  Mostly it was flashback time for me, to all the blizzards I endured growing up in Fall River, Massachusetts —  including that Big Daddy of them all, the Blizzard of ’78, which is still the snow storm to compare all of them to, in my lifetime, anyway. Folks in Alaska, Minnesota and North Dakota may have their own distinctive memories to substitute.

Still, going up and down on a Stair Master at my local gym so early in the morning, watching the small TV screen attached to it broadcast blizzard coverage on all the national and local news shows, was a strange experience indeed. I was warm, even quite sweaty, but it wasn’t warm outside – odd for Florida in December, where air conditioners are still known to be running in the middle of the day.

But it was not only freezing outside, but actually below freezing – and people coming into the gym looked like travelers headed to some arctic destination. This is a big change from the usual Orlando mornings, where more than a few folks show up in shorts and change clothes after they shower.

Watching the news as I climbed stair after stair, I noticed that camera crews truly relish a hefty blizzard in the same way that our own local meteorologists seem thrilled at any hint of a hurricane coming on. For most of us, hurricanes are scary and unpredictable – and for that matter, so are blizzards. Ever gotten caught driving in one and found yourself stranded on a highway in huge drifts of snow? I know people who have. For a year in 1995, I lived in a small three room cabin on the picturesque shores of Long Pond, a lake in E. Freetown, Massachusetts, where at least one blizzard – and a few lighter storms – knocked out my power, taking with it such niceties as electricity, running water and an operating toilet. I’ve lived through two hurricanes in Central Florida, and know what it feels like to have your power go off and your air conditioning shut down in 90-plus weather, and then to feel the heat seep in ever more oppressively as you sit there waiting for the storm to pass.

But I also know what it feels like to sit in a small cabin during a blizzard and, power gone, feel the cold seep in when it’s below freezing outside and the snow keeps falling. I think I’ll take the heat and humidity any day.

“It’s supposed to rain this afternoon,” my dad told me on the day after Christmas, when I called him to chat. He still lives in the Fall River home I was born and raised in.

“But we’re getting a blizzard tonight,” he sighed.

At age 77, I’d figured my father had long since abandoned the idea that blizzards were pretty to look at or fun to play in, and just a complete and total hassle and complete endurance test. But he’s a creature of habit and loves his home, so he hasn’t followed me down to Orlando.

People I know locally who grew up in a heavy snow state have asked me if I’d watched the news reports of the big blizzard, and more than a few have said, “There’s no way I could ever move back up north.” Some of these folks are the same ones who, about mid-July, say “I hate Florida. The heat is terrible. I can’t stand it.” Ah, the grass is always a tad bit greener …

For me, the bitterly cold (I thought, anyway) walk from my car in the gym parking lot to the building itself  was enough to convince me that short cold spells in Orlando are better than months of this stuff up north, even if my friends in Fall River call me in May, June, and sometimes August to brag about their temperatures in the low-70s with no humidity. Is there a single place in the world with perfect weather year round? I know San Diego likes to brag, but I’ve been there when it’s unpleasantly cold in February.

Florida will warm up, and we’ll toss off our sweaters – probably within days. Fall River will dig out. It all depends on what we’re looking for in life.

As for me, watching the excitement of the northern meteorologists as they report blizzard conditions next to a highway with no traffic on it is always a happy reminder of why I moved in the first place – and of why Florida, high home foreclosure rate and all, will eventually regain its popularity as the place for t-shirts when the north needs plows.

Polk County cracks down on gun owners — a specific type, though.
Simple steps to avoid a holiday meal becoming a health care disaster