Supporters of abortion rights mark the anniversary of Roe vs. Wade with fears about the Florida Legislature.

Home /Politics/Supporters of abortion rights mark the anniversary of Roe vs. Wade with fears about the Florida Legislature. 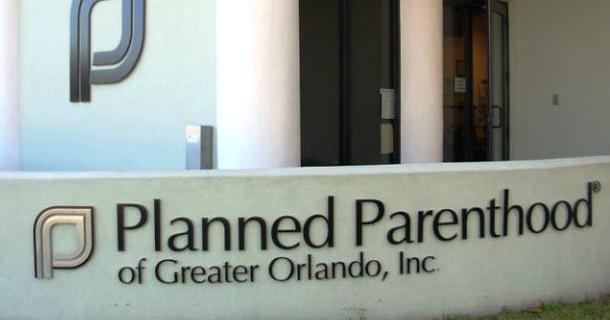 ORLANDO – As they have every year, supporters of abortion rights gathered at the First Unitarian Church in downtown Orlando on Wednesday to mark the anniversary of the U.S. Supreme Court’s Roe vs. Wade decision guaranteeing that women have a constitutional right to get an abortion without government interference.

What seemed different this year, said Sue Idtensohn, the president of Planned Parenthood of Greater Orlando, is the feeling that in Florida, those who favor that ruling are in for a very rocky year.

“We are in big trouble in Tallahassee this year,” Idtensohn said.  The reason: big victories last November for the state’s Republican Party, which increased its margins in the state Legislature to two-thirds majorities, while at the same time electing a governor, Rick Scott, who opposes abortion.

“We have a veto proof majority in there right now,” Idtensohn said.  “It’s going to be real easy for them to pass things they don’t like.”

State Rep. Scott Randolph, D-Orlando, agreed, saying his colleagues on the other side of isle seem likely to push for new abortion restrictions this session.

“The Republicans have a super majority with a new governor who has not pretended in any way to be moderate,” Randolph said.  “This is not just a right given to women, it’s a religious freedom to decide between ourselves and our God what is right and wrong, and when does life begin, without the government deciding it for you.”

Saturday, Jan. 22 marks the 38th anniversary of the Supreme Court’s 1973 decision that abortion was a fundamental right under the U.S. Constitution, virtually wiping out state laws that banned it.

Roe vs. Wade is still the law of the land, although opponents of abortion rights have pushed for restrictions that have included mandatory waiting periods before a woman can schedule an abortion, requiring minors to get the consent of a parent before they have an abortion, and prohibiting late-term abortions.  But so far, the court has upheld the 1973 decision.

“We gather every year around this date at the Unitarian Church to remember that 38 years ago, we had a monumental thing happen,” Idtensohn said. “All of a sudden women were given the right to make decisions.”

Idtensohn noted that Roe vs. Wade followed two other significant court rulings.  In 1965, the Supreme Court overturned a Connecticut law prohibiting the use of contraceptives on the grounds that it violated the “right to marital privacy.”  In 1972, the court expanded the right to possess and use contraceptives to unmarried couples.

“It was monumental that we could have a lot of fun and not get pregnant,” Idtensohn said.  “I think it’s really important that we understand that this is really precious. There are a lot of people who are very quiet about these decisions – but have made these decisions.”

Marty Haynie, a member of Planned Parenthood’s board of directors, noted that she is a pro-choice Republican who believes the individual, not the government, should make decisions like this.

“This is, I think, pretty much what they call preaching to the choir, but I would ask you to think about all the wonderful things that Planned Parenthood does in this community,” Haynie said.  “I am not only a pro-choice Republican who has joined the board of direcotrs of Planned Parenthood, but I also recently joined this church.  I can’t stay tonight because I sing in their choir and we have a rehearsal.”

Kathy Schmitz, pastor of the First Unitarian Church, noted that “I was 14 when Roe Vs. Wade was decided, so my entire adult life I’ve had that choice.”

But there was also a sense that the enlarged GOP majority in the Florida Legislature could push for new restrictions on abortion – and perhaps even take a novel approach to banning it altogether.

Idtensohn said she expects lawmakers to once again pass a bill that would require woman to get an ultrasound in the hope that it discourages them from going through with an abortion.  Lawmakers passed a similar bill last year, but then-Gov. Charlie Crist – who had just abandoned the Republican Party to run unsuccessfully for the U.S. Senate as an independent – vetoed it.

Idtensohn said she also expects opponents of abortion to push a “Fetal Personhood Amendment,” to make it a part of Florida’s Constitution that a fetus is a human being from the moment of conception, deserving of protection.

“That’s going to say, ‘If sperm meets egg, you are a person,’ ” Idtensohn said.

She and other speakers at the rally urged supporters of abortion rights to fight back by letting their voices be heard on this issue.

“If we don’t step up, if we don’t fight, my 18-year-old won’t have that right,” said Amy Mercado, a Planned Parenthood board member and candidate for the Florida House last year.  Mercado unsuccessfully challenged state Rep. Dean Cannon, R-Winter Park, now speaker of the Florida House.

“Every time you can get out there, however old you are, if you can hold a sign, do it,” Mercado said.  “Join us in the next fight, because we’re going to need you.”

Joyce Hamilton Henry, director of the ACLU’s Mid-Florida Regional Office, added, “I’d like to say we have won 38 years of victory and we can put this issue aside and move on to others,” but she expects the fight to keep going this year.

“I consider myself a social justice warrior,” Henry said.  “Let’s gear up for a good fight. We need to let our representatives know where we stand.”

Ballot referendums to ban abortion have so far fairly poorly with the public.  In November 2008, South Dakota residents were asked to uphold a new state law that prohibited abortion. It lost, 55-45 percent.

That same year, Colorado voters were asked to approve a Fetal Protection amendment.  It lost by an even wider margin, 73-27 percent. And in California, a ballot measure to require parental notification before a minor could get an abortion also failed, with 52 percent voting no.

“The pendulum does not swing without you and your friends and everyone you know getting out there and letting your voices be heard,” he said.  “I really do think the far right is going to overreach in Tallahassee this year. Where does that leave us?”

Electric cars are no longer just for science fiction books, but coming to Orlando.
Grayson accuses right wing critics of using threats of violence to intimidate.