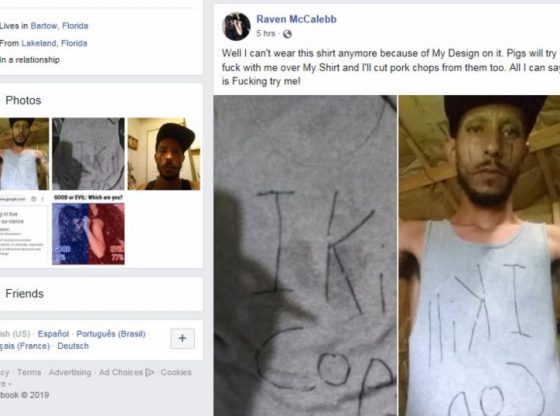 BARTOW — A violent and threatening social media post landed a Fort Meade man in jail, after the Polk County Sheriff’s Office said he made what they considered serious written threats to kill a law enforcement officer.

“This suspect has been arrested before for making threats against law enforcement,” said Polk County Sheriff Grady Judd following the arrest of 29-year-old Marvin McCalebb Jr., who the sheriff noted had received probation following his previous encounters with the law.

“One would think he would learn that it’s a felony to threaten to kill a cop,” Judd added. “This is a dangerous job, and we appreciate the people in our community who support us, and who saw something, and said something.”

Why Was The Arrest Made?

McCalebb was arrested by detectives on Tuesday. The resident of Sycamore Street in Fort Meade and charged him with:

* One count of making a written threat to kill, a felony;

* One count of using of two-way communication device to commit a felony;

* and one count each of possession of marijuana and of drug paraphernalia, both misdemeanors.

Carrie Horstman, public information officer for the Polk County Sheriff’s Office, noted that it started after McCalebb posted threats on his Facebook page, claiming that he would kill a deputy sheriff and members of the officer’s family. He was even wearing a T-shirt, which the sheriff’s office said was “homemade,” that said “I kill cops” on it.

Horstman said another message also caught their attention. It read:

“If you get me a .357, I’ll sneak up behind [victim’s name] and blow his head off from the back and he’ll never see me coming. Fucking Pussy! He’s a target tho, and I’ll fuck up all My Targets! [Victim’s name] you’re already dead. You just don’t know it yet. But in Good Time, Pig! I’ll be at your house to deal with you and your family! Just wait, I’ll see you soon!”

A second message read, “Well I can’t wear this shirt anymore because of My Design on it. Pigs will try to fuck with me over My Shirt and I’ll cut pork chops from them too. All I can say is Fucking try me!”

Horstman said the deputy sheriff who was mentioned in the post has “a well-founded fear that the suspect would figure out where he lives, and where his family members live, and would carry out the credible threat. The deputy has only had minor dealings with McCalebb while patrolling, and recognized him but otherwise does not know why his name was mentioned in the post.”

She added that when deputies arrived at McCalebb’s home, the suspect responded that he assumed they were there to talk about his shirt. 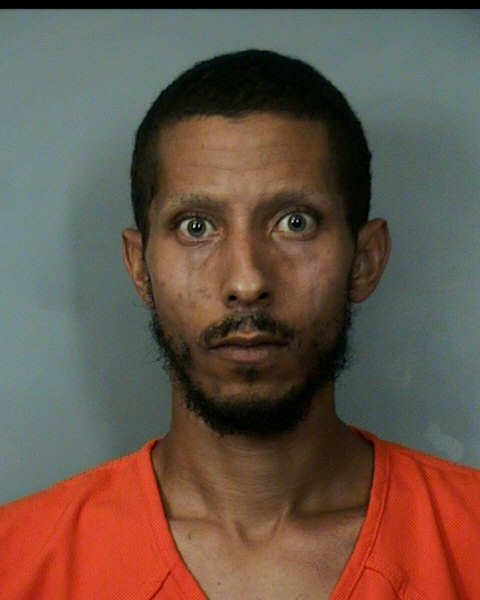 “After placing him under arrest, they located a pocketknife in his pocket with marijuana residue on it,” Horstman reported.

Law enforcement has cautioned people for years that it’s important to be extremely careful about what we post online. That’s particularly true of individuals who make threats to hurt or kill other people on their social media accounts.

That includes a student in Orlando who was arrested and charged with a felony after making a threat against an area high school on his Snapchat account. The post got screenshotted and reported to law enforcement. Likewise, a 13-years-old boy in Pembroke Pines was arrested and charged after he threated gun violence against a local middle school on his Instagram account. That teenager was charged with making a false report about the use of a weapon in a violent manner, which is a second-degree felony in Florida.

Florida law also makes it a crime to issue “written threats to kill, do bodily injury, or conduct a mass shooting or act of terrorism,” including on social media posts. And it’s clear that law enforcement takes these threats on social media very seriously.

In fact, issuing a threat, whether its over social media, by text message, or by e-mail, is a federal crime that falls under the category of threatening interstate communication, punishable by up to five years in federal prison.

The FBI has noted that it takes these threat seriously, and fully investigates each one to determine its credibility.