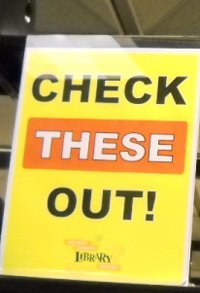 ORLANDO – Looking at the nation’s Gross Domestic Product – the amount of goods and services produced in the United States each year – R. Brek Dalrymple noted that it amounted to $14 trillion before the nation plunged into a steep recession.

Dalrymple, a small business owner who operates The BrekGroup, was meeting with a group of people at the Orlando Public Library who either had just started their own business or were thinking about it.  Dalrymple asked the crowd to guess just how far the nation’s GDP had fallen since the recession started.  The answer, he said, might surprise everyone.

“In our terrible economy,” he said, “we dropped to $13.9 trillion.” Even in what many would consider the worst economic downturn since the Great Depression, he said, the drop was relatively small.

The bottom line, he added, is that even in a bad economy, there’s still plenty of money that people have to spend – even if they’re more guarded about what they buy.

“There is a crapload of opportunity out there still, even when the economy is bad,” Dalrymple said.  “The good news is there’s money to be made.”

With Central Florida facing a double digit unemployment rate and the number of jobless still high, an alternative for some job seeking may be to create their own business, even they have the skills to offer a viable product to the public.

But before anyone jumps into becoming an entrepreneur, Dalrymple said, it’s important to know what to do first – and what not to do.

“When you go to start your own business, the first thing people are going to talk to you about is a business plan,” he said.  “My thought is to forget all of that.  Your business plan should be one page.”

Business plans are usually required by banks before a loan can be approved, but Dalrymple noted that following the bank crisis and the subsequent tight lending standards that it produced, “a bank isn’t going to loan you any money.”

Instead, he added, people need to start by looking in the mirror and asking themselves some tough questions.

“It’s managing your emotions,” he said.  “You don’t have anybody else to help you.  If you’ve been depressed – and it will happen – and if you’ve been beaten down – and it will happen – you have to remember that for the ones who succeed, they’re really, really determined.  They don’t quit.  For some reason, they have a burning desire not to quit.”

If that’s you, Dalrymple said, you’ve got the potential to operate a small, and perhaps one day thriving, business.

“If you can just keep going, chances are you can be successful,” he said.  “How are you going to convince me to buy something if you’re feeling crappy about yourself?  But if you’re the kind of person who can control rejection and handle chaos, that’s a sign that you can make this happen.”

On Wednesday, the Orlando Public Library hosted a program called “Small Business Help,” an opportunity for business owners and those considering starting their own company to learn about the free library resources and services available there to help them.

It was the brainchild of Librarian Kris Woodson, who said far too many people don’t know they can tap into assistance at the downtown library.

“This is a program I’ve wanted to do for a long time now,” she said.  “Those resources are free for you to use.”

They include an online Virtual Library that offers an e-guide to starting and growing a business.

“It’s just a wealth of information, and I encourage you to explore it,” Woodson said.  “It will take you through everything you need to know about starting your own business.”

He started The BrekGroup three years ago, he said, because, like most other entrepreneurs, “I wanted to be able to control my own destiny.  But the problem with people with small businesses is they don’t like to take advice – and I count myself among them.  We all have our ideas of how our life is going to go.  What I’ve found is it doesn’t work that way.”

Dalyrmple said any small business owner needs to begin with a firm idea of what they can do – but they should also keep learning, and researching, and reaching out to others for help and ideas.  Be aware, he added, of what it is that other people want.

“I’ve found that if you can tune yourself in to what your friends are talking about, you’ll find some opportunities there,” he said.  “You have to find a way to think like your client.  That’s really, really hard.  It’s not easy to do.  You’ve got to figure out how to deliver your message quickly.  That’s a big challenge when you run your own company.”

It helps, he said, to avoid pretending to be something you’re not.

“One of the things I see a lot of small companies do is try to pretend you’re a really big company,” he said.  “Your being small is your strength – which is you’re adaptable, as long as you have a product that has something unique to it.”

In addition to talking to friends and family about their ideas, Dalrymple said business owners should also talk to their competition – a lot.

A big mistake that small business owners make, he said, is to assume that if they lower their prices compared to what competitors are charging, they’ll have a clear advantage.  It doesn’t work that way, he said.  Instead, stay competitive with other prices in the field, but offer better service, better delivery, better results.

“There are 10,o00 businesses out there that will cut down your price by a nickel,” he said.  “Don’t focus on price, number one.  I don’t want you doing that as a rule, because you won’t be in business for very long.  Small companies know that there are people out there that don’t know what they’re doing, and they underprice to get the job.”

There are some other local resources available to people starting a business, he added.  The Small Business Administration has an office near Lake Eola in downtown Orlando, where entrepreneurs can take a business plan seminar and meet with a business counselor.  The University of Central Florida has a business incubation program.

“Most of the resources, I’ve found, I’ve been disappointed with,” he added.  “I don’t belong to any networking groups because the ones I went to just wanted to sell me insurance.”

But he also said business owners shouldn’t be afraid to go it alone, at least in the beginning.

“The right time is never going to come, so if you want to do it, just do it,” he said.

Most of all, he said, remain determined to succeed, no matter how many road blocks you stumble over in the short run.

“The reality of the world is you’re going to get a lot of rejection,” Dalrymple said.  “Tell yourself, ‘I’m not going to go into the black hole of despair.  If you think you can do it, if you have passion for it, then you can do it.  Pick the best thing you’ve got, pick something you’re passionate about.  Be different.  Be unique.  Status quo is death.”

To learn more about Dalrymple and The BrekGroup, call 407-841-3391 or email BrekD@BrekGroup.com.