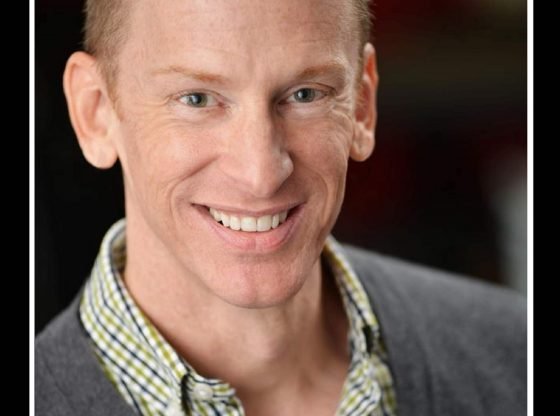 WINTER PARK — What are you doing on Wednesday and Thursday? If your calendar is clear — and even if it’s completely full! — you need to opt for a night of Playhouse, piano, drinks, and a singer who insists on saying, “Make Mine A Double!”

That’s the title of the solo cabaret show that singer Kevin Kelly is premiering at The Winter Park Playhouse as part of their ongoing Spotlight Cabaret Series. It’s a show you won’t want to miss.

The performances are on Wednesday, Feb. 20 and Thursday, Feb. 21 at 7:30 p.m. at the musical theater at 711 Orange Ave. in Winter Park. Kelly, who has performed in numerous Playhouse shows and is a regular with the Orlando Philharmonic Orchestra, will be accompanied by Playhouse Musical Director Christopher Leavy on piano.

“Kevin Kelly is fantastic and an artist you will not want to miss,” said Heather Alexander, the Playhouse’s executive director. “He always puts on a highly entertaining, great show.”

Kevin is well known throughout Central Florida for his stage performances and solo work. His past work at The Winter Park Playhouse has included shows like:

* Some Enchanted Evening
* Murder For Two
* The Rat Pack Lounge
* My Way: A Musical Tribute to Frank Sinatra
* Ruthless
* Forever Plaid
* Musicals of Musicals: The Musical

And, of course, plenty of Spotlight Cabarets.

Kevin has also been a featured soloist with the Orlando Philharmonic Orchestra, and Kevin has been teaching voice and piano lessons for nearly 20 years.

His acting credits have included plays like David Dillon’s “Party,” a comedy about a group of gay men gathering for a birthday party.

Freeline Media reached out to Kevin to learn more about what audiences can expect from Make Mine A Double.

What’s This Cabaret Show All About? 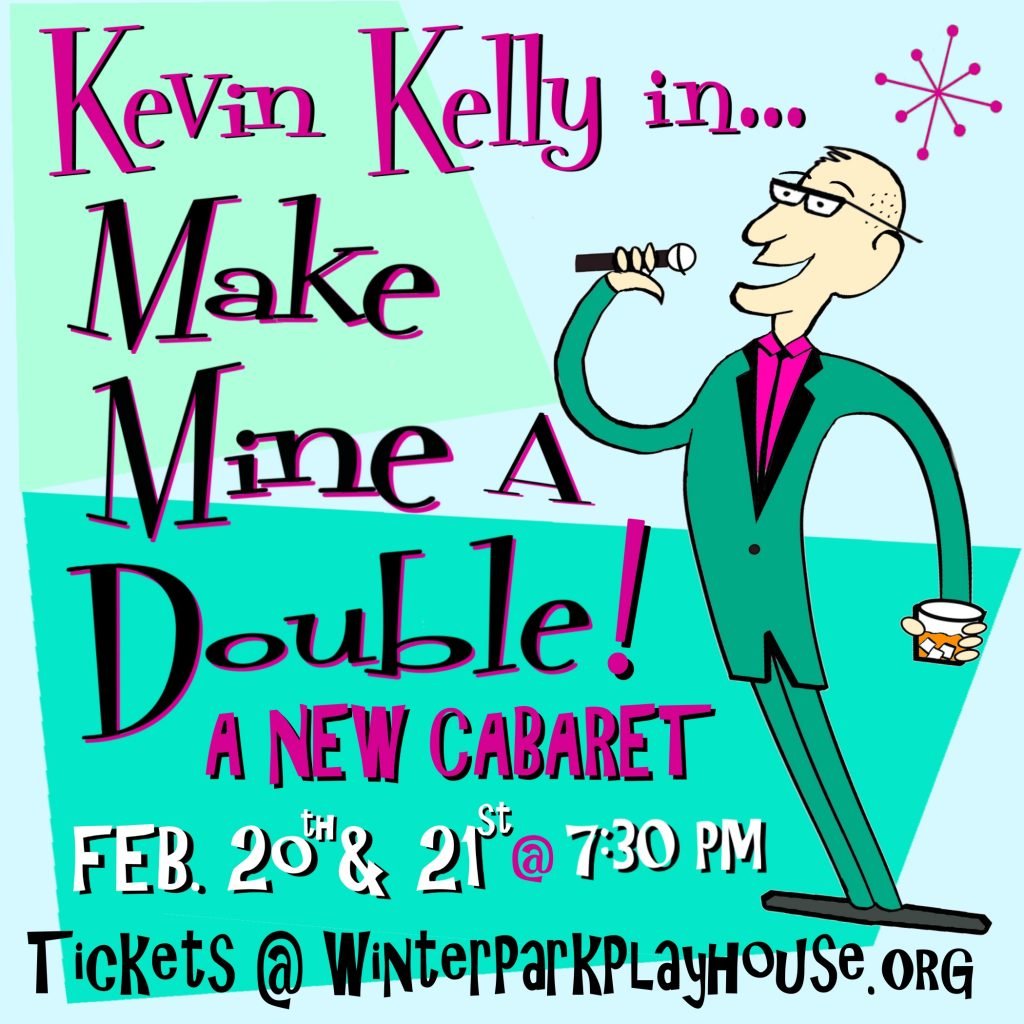 Freeline Media: Your solo show is called Make Mine A Double. Is there a theme behind it?

Kevin Kelly: I suppose the theme is a little loose … I’ve taken a handful of tunes about drinking and mixed in mash ups of songs that pair nicely together … like a fine wine and a Big Mac. Cabarets are supposed to be loose and fun, with more of an outline than a script. For me, it’s about putting together a show where my audience can throw back cocktails, hear some good tunes and we all have a blast!

FM: When putting together a cabaret show, what’s the creative process like in the early stages? Do you try to link the songs to a concept (nostalgia, a musical genre, etc), and are there other things (costuming, audience participation) that play into the show’s creation as well?

Kevin: I pull my shows together a month or two in advance. There’s always a theme floating around in this Nancy noggin of mine. I’ve always loved the mid-century Rat Pack era, so my shows always have that vibe. When asked how I create my shows, I go to this ongoing list of songs that I keep in my phone. I’ll be in the car or at the gym listening to music and if I hear something I like, it goes on the list. When it comes time to write the show, I see what works together. I research lesser known songs and theme comes out of that. As to other elements like costumes … well, whether I wear a lot, a little or nothing at all, it pays to belong to a gym and be married to an awesome costume designer!

FM: We’ve seen you in solo musicals — and in comedic plays! Do you refer Kevin the cabaret singer or Kevin the comedic actor?

Kevin: Yes. Those two parts of me always perform together. Never does one show up without the other. I love doing musicals and digging into a character, but honestly, cabarets are fun and casual and you really get to connect with your audience … and I love to make people laugh, so there’s always plenty of low-brow comedy.

FM: You’ve worked numerous times in the past with the Winter Park Playhouse. What is like collaborating with their creative team?

Kevin: Roy “Tappy-toes” Allen (the Playhouse’s artistic director) is great to work with, and Heather is totally nuts and gives the theatre great energy! The real beauty of doing cabarets here is getting to work with Chris Leavy …  the man is amazing. I come in prepared with a set show, music in hand. He and I work for a couple hours, and boom! We have a show. He gets it. He gets me. I joke that I could walk in the day of the show, throw music in front of Chris, walk on stage and it would be perfect. Chris is just that brilliant.

FM: Central Florida is known for providing a lot of opportunities for actors and singers — at local theaters, theme park shows, dinner theatres, etc. In your view, is the arts scene in Greater Orlando evolving in any way?

Kevin: There’s so much great S*IT going on in this town and I love bein’ in the middle of it! We have great theatres, Fringe, new works festivals and a growing cabaret scene … to me, that’s exciting! We are busting at the seams with talent in this town. Now get off your ass and go out and see it … and me!

Kevin Kelly’s solo cabaret, Make Mine A Double, will be performed as part of The Winter Park Playhouse Spotlight Cabaret Series on Feb. 20-21 at 7:30 p.m., with Playhouse Musical Director Christopher Leavy on piano.

General admission tickets are $20, plus a one drink minimum. Once sold out, “Standing Room Only” tickets can be purchased for $10.

Seating is limited and advance reservations are strongly recommended. Doors open at 6:30 p.m. for a 7:30 p.m. show.