Revisiting Ibsen’s ‘A Doll’s House’ With a Modern, Comical Perspective 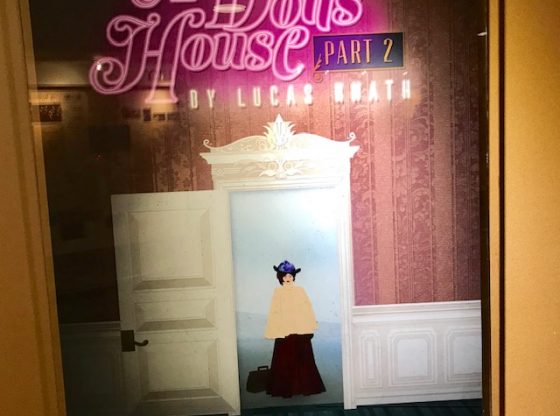 ORLANDO — It’s not every day that a playwright feels a burning need to write a sequel to a dour, serious, emotionally overwrought drama by the Norwegian dramatist Henrik Ibsen, but that’s exactly what Lucas Hnath has done with “A Doll’s House, Part 2,” which opened this week at the Orlando Shakespeare Theater.

The good news: If you happened to be home watching “The Bachelor” or something else the last time Ibsen’s play was performed locally, it won’t matter. Knowledge of the original isn’t necessary to understand, appreciate and enjoy this sequel.

Even better news: If you tend to equate the name Ibsen with words like “ultra-serious,” “ernest,” “grave,” “sober” and “humorless,” fear not. Hnath’s play, performed without an intermission and clocking in at just over 90 minutes, moves at a surprisingly zippy pace, thanks to its twisty-turny plot, comedic dialogue and skillful performances. This play actually feels more like a modern day sitcom than a solemn Swedish drama — more like Woody Allen spoofing Bergman than imitating him. It manages to be non-stop fun, while also raising some intriguing questions about whether Ibsen’s concepts may have outlived their usefulness.

What Was Ibsen’s Original Play About?

The new play takes place 15 years after the original drama ended. For the record, Ibsen’s play, which premiered in Denmark in December 1879, is about the awakening of a middle-class woman, Nora, whose role in life is being a wife and a mother to her young children. Nora concludes that being a wife and mother in a male-dominated world is suffocating, and that she has duties to herself that are just as important. At the end she abandons her husband Torvald and her family, leaves her keys and wedding ring, and then exits their house, slamming the door behind her. Torvald breaks down and cries.

The play was controversial in its day (Ibsen even had to write an alternative ending before it could be performed in Germany) since the concept of a woman abandoning her husband and children to search for self-fulfillment wasn’t exactly commonplace back then. Hnath cleverly plays with that sense of outrage in his 2017 play, fully aware that a woman making the same kind of decision today wouldn’t raise an eyebrow.

The play opens in the same house that Nora shared with Torvald. The family’s housekeeper, Anne Marie, responds to a knock on the door and is startled to see Nora is back. But Nora has her reason, starting with the fact that she spent the past 15 years making quite a life for herself, taking on new lovers, and then becoming a highly successful author of controversial books about women who want independence, not wedding vows. Her books become hot sellers among local women, and that success enables Nora to live a comfortable lifestyle.

But she’s not there to gloat or rub it in Torvald’s face. In a society where the rights of women are restricted, Nora has been writing under a pseudonym, and her success came to the attention of a very conservative local judge, who bullies her publisher into revealing the author’s true identity. The judge demands that Nora renounce her feminist writing immediately, or he’ll expose her.

And that’s when Nora discovers, to her horror, that Torvald never filed for a divorce — meaning they’re still married in the eyes of the law. Since married women can’t do things like publish books or write contracts without their husband’s approval, Nora is facing jail time unless she can convince Torvald to arrange for a quickie divorce.

Is This Play Heavy Drama — or Comedy?

That’s the set-up — and it takes a twist when Torvald arrives home and refuses to grant Nora a divorce for suspiciously vague reasons. Only later will we discover that Nora isn’t the only one with legal woes.

Part of the fun of this fast-paced play is the way it sets up, and then rudely dashes, expectations about what a feminist drama is supposed to present. Nora is a truly grand lead character, and occasionally an over-the-top one, complimented by the gloriously fierce, madcap performance by Suzanne O’Donnell. She transforms Nora into a wildly headstrong, savagely opinionated, often times annoying and stubborn person — and anything but dull. You don’t know whether you want to cheer her on or scream and throw something at her. And she has some of her best moments facing off with Anne Marie, played with delicious comedic skill by Anne Hering, and her daughter Emmy, who represents a fairly sharp contrast to her mom — but again, not in the ways you might expect.

The dialogue often makes the characters sound hip and modern (including the genteel Anne Marie’s hilarious decision to start dropping the F bomb out of frustration), which is why I noted that the play seems to intentionally feel more like a sitcom than a 100-year-old drama. While Hnath sticks with his “plot” about Nora desperate for a divorce so she can avoid jail right to the play’s end, the scenes between Nora and the daughter she didn’t raise hint at why the playwright may have decided to create an Ibsen sequel that doesn’t feel much like Ibsen the writer.

Created a year after a woman ran for president in 2016, and a year before a record 95 women got elected to Congress this past November, Hnath is writing in a climate far removed from how women were treated in Ibsen’s day. And with greater freedom and more rights and opportunities, he seems to be suggesting, comes greater responsibility. So it’s up to you, dear audience member, to decide for yourself what this play is suggesting in the scene where Emmy criticizes her mother’s denouncement of marriage. Is the pendulum swinging?

In addition to the outstanding work by O’Donnell and Hering, Steven Lane and Ana Martinez Medina are excellent playing Torvald and Emmy. To me, the play was a sharp comedy; I’ll be curious to see if others interpret it in an entirely different way.