Remembering the Monkees’ Own Davy Jones 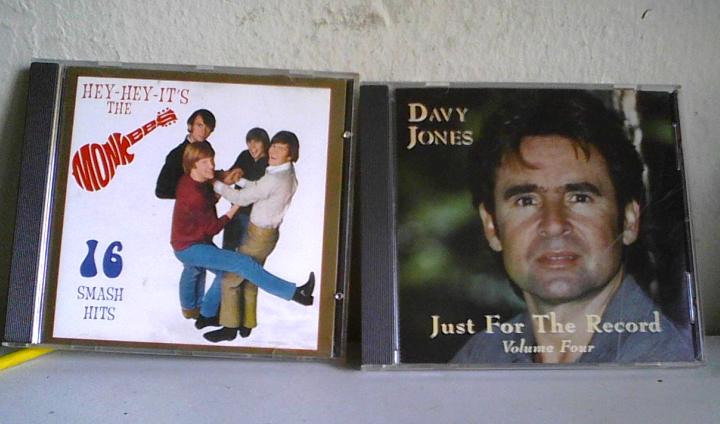 Sometimes in the course of a very busy day, you leave the rest of the world behind you as you throw yourself into everything loading up on your plate. When you finally have a moment to stop, catch your breath, and check to see what’s happening outside your little corner, you find yourself stopped in your tracks, and you’re left saying “That can’t be. I don’t believe this.”

For me, that “Wow” shocker of a moment happened on Feb. 29 2012, when the news flashed across the MSNBC web site, that Davy Jones, the singer for the 1960s band The Monkees, had died of a heart attack at age 66.

For someone who was a Monkees devotee as a teen, I was absolutely stunned.

First of all, 66 seems much too young an age for one of the four band members – the others are Mickey Dolenz, Peter Tork and Mike Nesmith – to have left this world.

But it was true. Jones died at Martin Memorial Hospital in Martin County, Florida on Wednesday. The British born pop star, who got his start playing the Artful Dodger in “Oliver,” was gone.

Discovering the Music of the Monkees

I was born in the early 1960s, too young to have watched “The Monkees” TV series during its initial run from 1966 to 1968. I rediscovered them on reruns while growing up in Massachusetts, and their music hooked me from the very start.

The Monkees were not highly acclaimed by rock critics, to put it mildly. The television series was created to cash in on the success that the Beatles had in their movies “A Hard Day’s Night” and “Help!” so the producers recruited performers to play the Monkees – actors hired to play singers, and not the real thing, the critics complained, particularly when it was revealed that studio musicians handled the instruments, not the band members themselves, on their first two albums.

“As likeable as the fellows were personally, a lot of ‘serious’ rock fans (the folks with the long hair and the Owsley acid in their hip pockets) began to raise a ruckus when it was disclosed that the Monkees didn’t even play their instruments in their debut LP,” Lillian Roxon wrote in her book “Rock: The Classic and Definitive Book on Rock.”

Rolling Stone magazine, in its Rolling Stone Album Guide, was even more dismissive, writing of their music, “This was teenybop fare that provoked shudders from anyone who took the Beatles at all seriously.”

Perhaps, but the very quality that made the serious critics hate it – the fact that their music was instantly catchy, upbeat, feel good and fun – was exactly what drew me to it. So were the quirky personalities of the Monkees themselves on the show – irreverent, ready to be themselves even when society was behaving differently, not much interested in whether they fit in or not. Like their theme song noted, “We get the funniest looks from everyone we meet,” although they didn’t care because “We’re too busy singing, to put anybody down.”

I became a serious Monkees collector for years, scouring the pages of magazines like Goldmine to find obscure European compact discs with rare tracks not available in the U.S., and I rejoiced when the fine folks at Rhino Records reissued their entire catalog – plus scores and scores of oldies from the vaults – in the 1990s.

Discovering The Monkees in Concert

That was also the decade when I saw the Monkees perform live in Cohasset, Massachusetts, during one of the many reunion tours that Jones, Dolenz and Tork did after a mid-1980s nostalgia boom sent their stock soaring once again. It was funny to see how many people my age were seated in that cozy outdoor stadium, grooving to those oldies but goodies.

I can also remember in the 1990s seeing Jones solo perform in Tiverton, Rhode Island, at a restaurant that’s now an assisted living facility. A consummate showman, he joked about the fact that Rhode Island’s then governor, Bruce Sundlun, had gotten headlines for admitting paternity to a love child – the governor was in his 70s at the time – and for shooting at a raccoon.

Jones also had some fun changing the lyrics to his song, “Look Out (Here Comes Tomorrow).” In the original, he sang “Mary — oh what a sweet girl, lips like strawberry pie. Sandra, long hair and pigtails, can’t make up my mind.” In the new version, he added a tagline at the end: “Mary loves Sandra … what can I say, it’s the 90s.”

Boy, were they fun.

Goodbye, Davy Jones. I have a lot of fond memories of you from the TV show, and from listening to your music so many times I know the songs by heart. You helped me get through some unhappy times, when your music always picked me up and made me feel a whole lot better.

Now, I think I’ll go play “Valleri” and “Daydream Believer,” and get that feeling all over again.