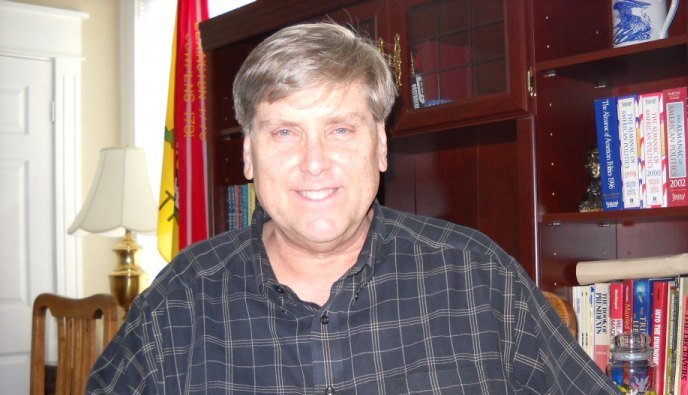 ORLANDO — Standing at a bar last Thursday night, waiting for a drink so I could join two friends on our usual weekly Happy Hour, I got an email alert about some breaking news. I clicked on the alert from The Orlando Sentinel …. and I was absolutely floored when I pulled out my cell phone and checked the email. For a few moments, it seemed impossible for me to believe the breaking news: that at age 63, Doug Guetzloe had died.

I had known Doug for years, dating back to when I was an editor and writer for The Ledger, and I got into the habit of calling Doug whenever the counties that I covered proposed a ballot referendum to raise taxes. Doug was a prominent political conservative and Republican who was very accessible, and always had interesting things to say on the issue of tax hikes, which he strenuously opposed. I struggled with the idea that he was no longer with us.

In 2011, I got to know Doug much better as I became involved with his Phoenix Network, a fledgling radio station that he operated out of the same office complex I worked at. For a while, I even did a show on his network. I continued to stay in contact with Doug, often writing material for the clients that he took on, mainly political candidates here in Central Florida. Throughout it all, Doug remained an insightful character, with a nearly encyclopedic memory of politics both in Florida and nationally.

And in one way in particular, that’s how I think we should all remember Doug Guetzloe. In fact, I recommend that the City of Orlando open a museum in his name.

Doug was perhaps best known for founding the organization Ax the Tax back in the early 1980s, to fight government efforts to raise taxes rather than live within their means. Whatever your views are on taxes, or your partisan leanings, you had to admire what Doug accomplished with this group. As a grassroots organization, they had a remarkable record of success defeating those ballot referendums. Year after year, no matter how many times city or county leaders asked voters to approve a tax hike, for whatever project it was designed to benefit, Doug and his volunteers went out, lobbied against it, and usually won — often by landslide margins. He helped defeat tax hike measures proposed by both Democrats and Republicans, and amply demonstrated the limited appetite the public had for paying more.

In 2016, Doug accepted a request to serve as a consultant to an organization taking aim at the Internal Revenue Service. The group known as the Tax Revolution Institute was pushing for the first ever audit of the federal agency, and working against a proposed change in the law sought by the IRS to redefine electioneering to include all discussion about politicians and how they vote. TRI worried that change would make it harder for political organizations to effectively inform voters on the issues, and knowing about Doug’s work on Ax The Tax, they reached out to him, and he was only too happy to help.

But when I think about Doug, I also reflect on something else: political buttons.

As Doug once noted, political buttons have always been one of the most popular and enduring items in the history of campaigning, dating back to around 1892, when a New Jersey company called Whitehead and Hoag started creating and distributing them.

I learned this from Doug, who over the years had become such a spectacular collector of all kinds of unique political memorabilia that in the fall of 2016 he loaned some of it to the Orange County Regional History Center for a special exhibit called “Pin For The Win: 180 Years of Political Memorabilia,” which was endlessly fascinating, especially in seeing how campaign items had evolved over the years.

At the time, Pamela Schwartz, the history center’s curator of exhibitions, estimated that the collection amounted to 180 years of memorabilia. There were literally hundreds of items on display, although as Doug noted, it was merely a small percentage of his overall collection.

“I was 13, and I became interested in politics,” Doug noted at the time the exhibit was on display. “I decided to go ahead and collect political buttons.” When he discovered eBay and the ability to locate literally thousands of old campaign items, his collection increased dramatically. He was also frequently found at flea markets and antique stores off the beaten path.

The exhibit was large enough to be divided into three sections: Beloved Political Figures, which had a strong emphasis on President Theodore Roosevelt Jr.; Anything Goes, a look at the random items; and a third section devoted entirely to political buttons.

The exhibit also included an eight-minute video, narrated by Doug, that examined the rest of his vast private collection.

Doug leaves behind this immense collection of remarkable, historic campaign items, and I think it would be a fitting tribute to open a political memorabilia museum in Doug’s name that permanently houses his collection. Doug is surely not the only person out there who enjoys campaigns and history.

And if the exhibit can’t be permanently housed at the History Center at 65 E. Central Boulevard in downtown Orlando, perhaps it’s time for Doug’s longtime supporters to start raising some funds to open a history museum in his honor.