Remember worrying about your a.c. breaking down in the summer? The cold brings a new concern.

Home /Lifestyle/Remember worrying about your a.c. breaking down in the summer? The cold brings a new concern. 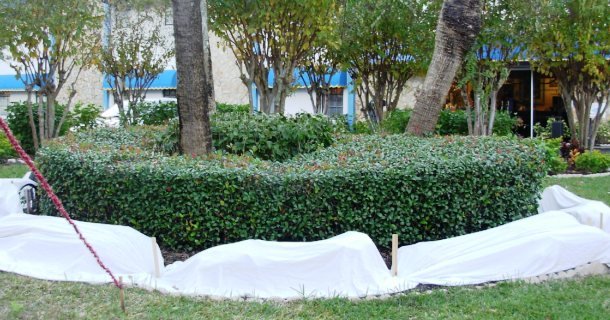 POINCIANA – It’s not uncommon for power companies to issue press notices during the summer months, offering advice to homeowners on ways to save money – shutting off lights, raising the thermostat a few degrees, installing more energy-efficient light bulbs.

That’s not much of a surprise. In steamy hot Florida, power usage is at a maximum when the heat and humidity set in, and all those air conditioners running full volume puts a strain on energy suppliers.

But anyone who cringes when they get their electric bill in the summer months may have forgotten that Central Florida, for all those 90-degree days we suffer through in the summer, can still experience some suprisingly frigid temperatures during the winter. The fact that the cold weather set in earlier than usual this year, arriving by early December, may have caught some people off guard.

But it did prompt one local utility to issue a very un-Florida-like news release, urging people to take steps to protect their water pipes from … freezing.

Their advice to folks who think the cold means space heaters at night and extra blankets on the bed: don’t forget about the risks that freezing temperatures pose to your water pipes.

The news release was first sent out on Sunday, Dec. 12, in anticipation of temperatures falling into the high 20s overnight — although the advice could just as well apply to another cold spell headed into the region this weekend and into next week, bringing unseasonable nippy highs in the low 50s and overnight temperatures back into the 30s – at best. So much for Christmas in a t-shirt on the golf course.

“When temperatures drop below 30 degrees, water in exposed pipes, service lines, and backflow preventers may freeze,” Toho noted in its release. “The Authority recommends that all residential and commercial customers follow the steps below to minimize the inconvenience of frozen water pipes.”

As any resident of New England, the Midwest or the Mid-Atlantic who relocated to Florida knows, the advice sounds awfully familiar. In includes:

“Hardware or building supply stores will have pipe wrapping material available as well,” the authority notes.

“When the weather is very cold outside, running water through pipes that are vulnerable to freezing – even at a trickle – helps prevent pipes from freezing,” the release points out. “Ice might still form in the pipes, but an open faucet allows water to escape before the pressure builds to where a pipe can burst.”

From Polk County to Colorado, an arrest for obscenity
Freelining with Mike Freeman: The reason for the season

Solar Power in Florida: Is…