Reliving a Horror Movie Classic in “This Is No Dream: Making Rosemary’s Baby”

Home /Media, Opinion, Reviews/Reliving a Horror Movie Classic in “This Is No Dream: Making Rosemary’s Baby” 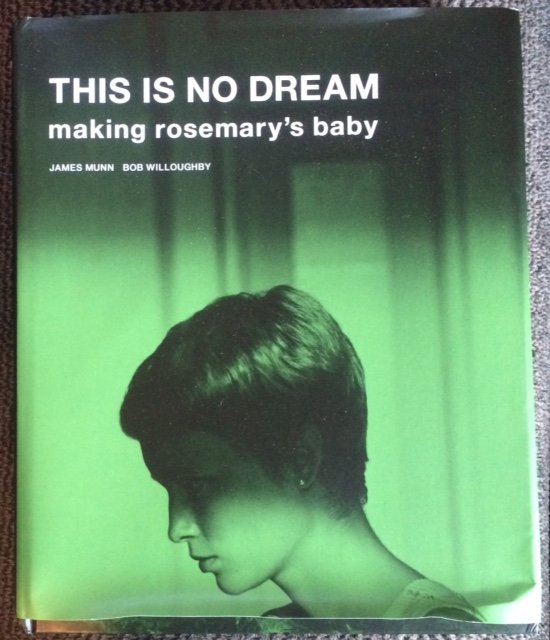 ORLANDO — On June 12, 1968, a violent summer that would include the assassination of Robert Kennedy, urban riots in major U.S. cities, and anti-war protests and police brutality at the Democratic National Convention in Chicago, Paramount Studios released a film that would not only become a blockbuster hit, but eventually one of the most influential horror films of all time.

“Rosemary’s Baby,” about a New York couple who move into a historic brownstone apartment, would become a box office sensational and earn an Academy Award for Best Supporting Actress for Ruth Gordon. The deeply cynical film also seemed to brilliantly reflect the mood of the times: 1968 was one of the most turbulent years in recent American history, and the ending of “Rosemary’s Baby” — in which supreme evil triumphs — indicated that the days of Hollywood glossing over all social conditions with a nice happy ending were over.

And while the film offered a stark mirror on the souring mood of the public and the spectacle in 1968 of a nation reeling out of control, in retrospect it hasn’t become a time capsule relic like “Easy Rider” or “Blow Up,” which can only be viewed in the context of the year in which it was made and which make you feel like you’ve being transplanted back to that era.

When The Criterion Collection released “Rosemary’s Baby” as a special edition DVD on Oct. 30 2012, the reviews were even stronger than in June 1968, with today’s film critics hailing the movie as a classic of the horror genre — or simply as one of the greatest films ever made, period.

To understand just how seminal this movie has become to a generation of filmmakers and directors, movie lovers and horror fans, a good place to start would be James Munn’s new book “This Is No Dream: Making Rosemary’s Baby.” This excellent hardcover book, released on July 24 by Reel Art Press, combines Munn’s narrative about the making of the film with a stunning series of promotional photos taken by photographer Bob Willoughby on the set in 1967, and a recollection by director Taylor Hackford of how he and scores of other film directors owe so much to the look, style and mood of “Rosemary’s Baby.”

What’s In the Book “This Is No Dream?”

On the 50th anniversary of the film’s release, Munn combines stills from the movie with photos Willoughby took during the production by producer William Castle and director Roman Polanski to reflect back on a groundbreaking motion picture — released by a major Hollywood studio — that seems to have improved dramatically with age.

As Hackford noted in the introduction:

“What made the film work for me was Roman’s visual restraint: making actions ambiguous, keeping situations real, refusing to reveal the twist until the very end,” he wrote. “And then, when the horrible truth is finally revealed, Polanski, ever the provocateur, makes us re-evaluate our puritan perceptions of morality by having mother love triumph over our Christian obsession with destroying the devil.”

“Rosemary’s Baby,” based on the novel by Ira Levin, tells the story of Rosemary and Guy Woodhouse, a young couple who find a great apartment at the Bramford in Manhattan, even though their friend Hutch warns that the building has an unsavory reputation, and a history of horrific incidents happening there. Rosemary makes friends with another young tenant, Terry; her later suicide by throwing herself out her apartment window sets the dark story in motion.

Guy and Rosemary become friends with an elderly couple next door, Minnie and Roman Castevet, and soon Guy’s struggling acting career starts to take off, and Rosemary’s dream of becoming a mom also turns into a reality when she becomes pregnant. But as her health seems to get worse and worse during the pregnancy, Rosemary begins to suspect something sinister is going on, and that her neighbors may be involved in a Satanic cult interested in her unborn child.

Munn recounts the movie’s history: how Castle, a director and producer of low-budget B horror movies, bought the rights to Levin’s novel after Alfred Hitchcock turned it down, and sold it to Paramount Studios in the hopes of making his first classy and stylish film. It was Robert Evans, newly installed producer at Paramount, who convinced Castle to let Polish director Polanski, who had made the 1965 horror classic “Repulsion,” handle the direction instead.

Munn has a lot of fun recollecting the casting of Mia Farrow and John Cassavetes as Rosemary and Guy, the Hollywood pros and fresh young talent that worked behind the scenes as the production crew, and even the actors who had tiny bit roles, and their recollections of what it was like to make this pioneering and highly influential movie.

Munn also recounts the production controversies: Polanski’s sense of perfectionism and slow pace, which resulted in studio bosses demanding that he stick to a tight deadline; Frank Sinatra insisting his then-wife Mia leave the picture midway through to make a movie with him as the lead, and when she didn’t, filing divorce papers on her; Polanski’s artistic clashes with Cassavetes, himself a noted film director. But Munn also takes the book well beyond the film’s premiere in the summer of 1968.

What’s The Legacy of “Rosemary’s Baby”?

Munn also uses the book to explore the movie’s continued impact on popular culture, influencing not just devil movies in the 1970s like “The Exorcist” and “The Omen” (and scores of cheap imitators) but also, more recently, director Jordan Peele’s “Get Out.”

“Even before shooting began on ‘Get Out,’ Jordan Peele told me of his love for ‘Rosemary’s Baby,’ said Michael Abels, who composed the score for the film,” Munn wrote. “And there are indeed a handful of allusions to Polanski’s film in Peele’s — the secret, sinister society, the lone Asian man at the garden party, and even the name of Allison Williams’ character, Rose.”

Also interesting is a quote by film director Ang Lee on how Polanski’s horror films influenced his work.

” ‘I never got to see ‘Rosemary’s Baby’ in Taiwan — movies like that were censored back then,’ the director said. ‘I had to wait until 1980, when I was a film student at NYU. I paid $2.50, the student rate, and sat through a Polanski double feature at the old Bleecker Street Cinema. I saw ‘The Tenant’ first. It was the scariest movie I’d ever seen — and then came ‘Rosemary’s Baby.’ Talk about paranoia! I was totally freaked out by the end of the day. ‘Rosemary’s Baby’ is an absolute masterpiece.”

The book also explores the legendary “Rosemary’s Baby” curse: the terrible events that inflicted so many involved in the film, including Castle — who became painfully sick with kidney stones right afterwards; film composer Krysztof Komeda, who fell and hit his head and died in April 1969; and of course Polanski himself, whose wife Sharon Tate, eight months pregnant with their unborn child, would be murdered by the Manson gang on Aug. 9 1969.

The suggestion that any of these incidents were the result of witchcraft, of course, is a notion Polanski has ridiculed over the years.

And the film’s darkly cynical ending, where the Satanists emerge triumphant, probably reflects the fact that the Jewish director survived the Holocaust in Poland in the 1940s, although his pregnant mother died at Auschwitz.

Having lived through the Nazi and then Soviet occupations of Poland, Polanski fully understood how brutally evil could succeed.

“This Is No Dream: Making Rosemary’s Baby” is an excellent book for film fans and historians, for those interested in cinema production or in learning more about how this classic was made, and of course for those with a passion for the horror genre.

Munn, a film historian and former editor at Architectural Digest, clearly has a great love for this picture, and it comes through in his exhaustive narrative about the production mixed with Willoughby’s striking photos.

The book is a fitting way to commemorate the 50th anniversary of this landmark movie, where the supernatural suddenly felt like the common, the everyday, the horrifyingly authentic.

As we all learned in 1968, the world can be an unnervingly destructive and tragic place.

Review: Death And Vanilla reimagines the score for a horror classic
The Enduring Artistic Legacy of The Tenant