Polk County Teen Arrested for Writing “I’M GOING TO KILL SO MANY PEOPLE!!!!” 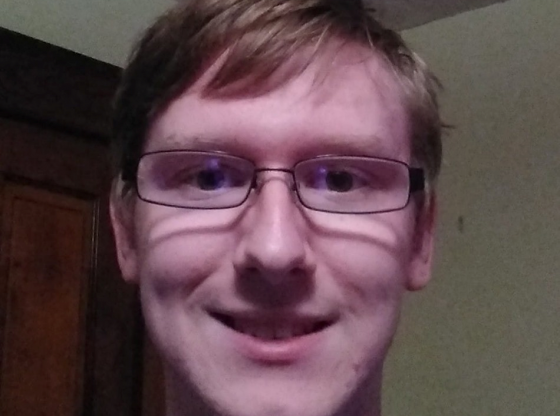 WINTER HAVEN — A 17-year-old who Polk County detectives say made violent and disturbing threats on the Discord text-chat app for gamers, including writing “I’M GOING TO KILL SO MANY PEOPLE!!!!,” has been arrested.

The Polk County Sheriff’s Office noted that tips from other Discord text-chat users led detectives to open an investigation and eventually arrest the teen who made the violent threats online, Nathaniel R. Burkett. Taken into custody on Wednesday, he was charged with making written threat to kill or injure, a felony.

Discord is a social media platform for video game enthusiasts. It’s a  voice- and text-chat tool that gamers use to communicate in real-time while they play games, often on multiplayer online games. It allows users to send direct messages to other users, chat, and talk or listen in larger group chats.

What Kind of Threats Were Made?

“We sincerely appreciate those who brought these disturbing threats to our attention,” the sheriff noted. “People saw or heard something, and they said something. I also thank those responsible companies who timely responded to our exigent legal process so that we could locate and identify Nathaniel Burkett before he carried out any of his threats.”

Among the threats that the sheriff’s office reported that  Burkett made were:

· “I’M GOING TO KILL SO MANY PEOPLE!!!!
· “SO MAY [MANY] BAD GUYS WILL DIE!!”
· “I’M GOING TO ATAB [STAB] SO MAY [MANY] PEOPLE AND MAKE THEM HURT!!”
· “I get pretty happy when I imagine myself being a villain going on a mass murdering spree like in a movie as f***ed up as it sounds….”
· “HAHAHAHAHAHA I WANT SO MANY PEOPLE TO DIE BY HAND AND THEN PLAY WITH THEIR GUTS WHILE THAY ARE STILL ALIVE!!!”
· “NOBODY UNDERSTANDS ME!!! BUT THEY WILL UNDERSTAND HOW DEAD THEY WILL BE IN A MINUTE!!”
· “at this point I’ve given up, and there’s nothing left for me but anger depression and suicide… I feel like if I ever took over the world every person that treated me like sh** I would take them and make them suffer and make them have a slow death, and I would enjoy every single minute of it…”

Threats like this, Grady said, need to be taken very seriously.

“We have learned from studying active shooters that in many cases there were indicators, clues, and threats that were ignored prior to their evil actions,” he said. W”e can’t ignore these kinds of threats anymore. We must take those who make threats at their word. These people have to be intercepted and dealt with criminally and/or provided medical and mental health services.“

How Was The Investigation Carried Out?

Because of the tips from other gamers on Discord, detectives were able to identify  Burkett,  noted Scott Wilder, public information officer for the Polk County Sheriff’s Office, in his report on the arrest.

“From these records detectives were able to identify a Winter Haven address where Burkett and an adult family member were staying, visiting a friend,” Wilder added. “The adult has been cooperative during the investigation.”

He added that detectives got help from other gamers on the Discord site, as well as the companies producing the app.

What Did The Suspect Tell Detectives?

Wilder reported that while being interviewed by detectives, “Burkett admitted to making the threatening posts after getting jealous of other gamers on Discord. The investigation also determined that Burkett made previous threats of school shootings in Illinois. He is no longer a student and has no affiliations with any schools.”

The arrest affidavit noted that “The suspect advised that he was jealous of other members on the forum getting praise and validation. He explained that when he doesn’t receive validation, he gets in a mood where he feels like he has nothing else at the time. He admitted to knowing his comments were wrong and acknowledged the threatening demeanor of the posts when they were read back to him. Suspect Burkett acknowledged that he sometimes feels like wanting to kill others, but he would never actually act upon it because he knows it’s wrong.”

Burkett had several screennames, detectives reported, including WorthlessScum#6309 and DemonSlayer77777#6309, and often expressed suicidal and homicidal thoughts online. And on Oct. 17, he expressed feelings that have been described as being part of the Incel ideology, seen as a misogynist viewpoint. Incels believe they’re ugly and as a result, can’t have sexual or romantic relationships, and that no amount of self-improvement will enhance their prospects since they believe women only care about a man’s appearance. Burkett wrote:

“I’ve tried looking on the positive side before, but every time I did, I got so confident, so happy, I felt so good, and I do feel great, just to have it ripped away by somebody whoes [who is] either a di** to me, broke up with me, makes fun of me etc, and at this point I’ve given up, and there’s nothing left for me but anger depression and suicide….I hate to sound dark…but…”

<Michael Freeman is an Orlando journalist, playwright and author of the book When I Woke Up, You Were All Dead. Contact him at Freelineorlando@gmail.com.