Polk County sheriff on the hunt for “Play-Doh” Players 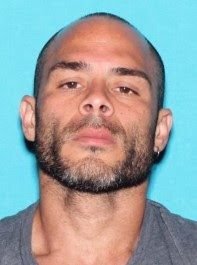 BARTOW — The hunt is on throughout Central Florida for the suspected “Play-Doh Players.”

That’s the term that the Polk County Sheriff’s Office has for a new kind of retail theft that, Sheriff Grady Judd warns, will definitely hurt Central Florida consumers if the suspects get away with these crimes.

“Play-Doh Players” is the term Polk County detectives have given to two suspects believed to have committed fraudulent returns of items previously purchased at a local big box superstore — using Play-Doh as decoys.

Warrants have been issued for the arrest of the two men, as part of an investigation that dates back to the start of the year.

Carrie Horstman, public information officer for the Polk County Sheriff’s Office, noted that their Organized Retail Crime Unit just issued warrants for the arrests of the two suspects wanted in these cases, and Horstman noted that complaints about fraudulent returns at Target stores have come in from Orange, Osceola, Polk, Seminole, and Volusia counties.

What is the Case of the Play-Doh Players About?

The investigation dates back to January. According to the warrants, between Jan. 16-18, Jose Rivera, Jr., 36, of Goldenrod Road in Winter Park, is believed to have purchased 69 Seagate brand external hard drives from 16 different Target stores in Central Florida.

“Once the boxes were opened, however, Target personnel discovered Play-Doh inside, instead of hard drives,” Horstman noted in her report. “The total value of the theft is $6,159. The weight of the boxes was similar to the weight they would be had they contained the actual hard drives.”

Hence, they got dubbed the Play-Doh Players.

“This is certainly a creative twist on a fraudulent return, but you can be sure that when we arrest these suspects, the handcuffs we use won’t be made out of Play-Doh,” Judd quipped. “They’ll be metal, and they’ll both be taking a ride to jail.”

Who Are The Two Suspects?

Both suspects are believed to be in Orange County, and PCSO detectives are working with the Orange County Sheriff’s Office and Orlando Police Department to find them.

Both suspects, the sheriff’s office noted, are known to area law enforcement agencies because of past criminal records.

Rivera has been arrested in the past for:

Horstman noted that Rivera is 5’9 inches tall, weighs 190 pounds, and has a tattoo that says “Jesus” on his right arm. He spent four years in state prison, between 2002-2006, she added.

Bentulan’s criminal history is similarly lengthy, and includes arrests for:

Horstman reported that Bentulan is 5’11 inches tall, weighs 190 pounds, and has a lot of tattoos, including:

Who Gets Victimized by Retail Crime?

According to the National Association for Shoplifting Prevention, there are millions of shoplifters in the country, and retail crimes are very costly, and not just to the retailer. These crimes force retailers to spend money on additional security measures, and the same can be said of the local police departments that investigate them and the court systems that prosecute them.

NASP has online theft classes for people who have been arrested on shoplifting charges.

“All U.S. states have come to realize the huge impact of shoplifting to the retail industry and have enacted civil statutes to help deter future theft incidents and to help make the victim retailers ‘whole.’ Almost all of the state statutes provide retailers a right to recover civil (penalty) damages in addition to actual damages for shoplifting incidents thereby adding to the common law and providing a component of punishment to their civil recovery statutes.”

The Polk County Sheriff’s Office is reaching out to the public to assist in solving the Play-Doh Players investigation.

Anyone with information on the whereabouts of Rivera or Bentulan are urged to call PCSO at 863-298-6200.

Anyone with information about these suspects who want to remain anonymous can call Heartland Crime Stoppers at 1-800-226 TIPS (8477), by clicking on “Submit A Tip” tab, or with your smart device by downloading the free “P3tips” app on your smartphone or tablet.