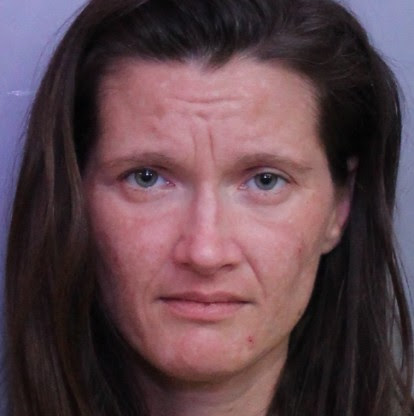 LAKELAND — After a three month investigation, the Polk County Sheriff’s Office has charged a Lakeland woman with second degree murder in the stabbing death of her husband.

Brian Bruchey, public information officer for the Polk County Sheriff’s Office, noted in his report that Rachel Fidanian, 38, was taken into custody. It was the culmination, he noted, of an investigation that started on June 25 with a report that Bryant Fidanian had accidentally been stabbed by his wife.

Detectives say this was a clear case of domestic violence.

What Did Detectives Say About Her Testimony During Interrogation?

Inconsistencies in the suspect’s explanation became the focus of this case.

“Throughout the investigation, Mrs. Fidanian gave several inconsistent statements about the events which resulted with her husband being stabbed in the shoulder,” Bruchey noted in his report. “Her account of the stabbing centered on her either tripping or slipping while holding her dog in one hand, and a filet knife in the other.”

During the initial interview with detectives, Bruchey noted, “Mrs. Fidanian attempted to demonstrate how she was holding her dog, for example, but she was unable to pick it up. Ultimately, detectives determined none of her explanations were plausible.”

“The suspect made a lot of excuses, but none of them made sense,” Judd said. “Our detectives did a thorough investigation. In the end, they determined this was an intentional act of domestic violence.”

The Medical Examiner’s Office conducted an autopsy and determined that four inches of the blade had cut through Bryant Fidanian’s second rib bone on his left side. That cut the pulmonary artery. The Medical Examiner ruled the death as a homicide.

On Oct. 10, detectives obtained an arrest warrant for Rachel Fidanian for 2nd Degree Murder, a felony. She was arrested at her home in Lakeland and taken to the Polk County Jail.

What Did Deputies Write in Their Arrest Affidavit?

According to the affidavit, after the 9-1-1 call came in on June 25, deputies responded to 3701 W. Wheeler Road in Lakeland. Rachael Fidanian told deputies she made the 911 call because she had accidentally stabbed her husband in the shoulder area.

Deputies say Rachel Fidanian gave them two different explanations for the stabbing, initially claiming was had been holding her dog while doing dishes, then ran toward her husband and slipped. As she did, the knife plunged into his shoulder area, she told deputies.

But as the affidavit notes, “Later in the same phone call, the suspect stated she had her dog in her hands while slicing pizza. She stated she went to talk to the victim, tripped, and accidentally stabbed him. The suspect stated this act was an accident and she did not want to go to jail.”

“The suspect told PCFR she was slicing a pizza she had just cooked and noticed her dog had defecated on itself,” the affidavit noted. “The suspect stated she went to clean the feces and still had the knife in her hand at the time. The suspect told PCFR personnel as she walked over to the area of the feces, she tripped, and fell into the victim.”

The knife was at the victim’s feet, and later moved and placed on the kitchen counter.

Bryant Fidanian was transported to Lakeland Regional Health for further treatment, where he died from the stab wound.

Deputies also noted that Rachel Fidanian had a bruise under her left eye. She would later tell deputies that her dog had “head butted her when she picked it up” a few days ago.

Deputies also asked her about her relationship with her husband. “She stated their relationship was wonderful and the victim was a great husband,” the affidavit noted. “The suspect stated the two of them did not yell at each other, fight, nor have they ever walked out on each other during arguments.”

The affidavit noted that “Based on the evidence at the scene and the suspect’s statements there is probable cause to believe the suspect committed the act of second degree murder by acting with a depraved mind, without regard for human life, and killed the victim by stabbing him in the upper torso.”

Judd noted that this was definitely a case of domestic violence, and added there was an irony to that.

Did the novel “Bloody Rabbit” Succeed in Predicting the Trump Era?
Drag Makes a Roaring Comeback in the Hilarious “The Mystery Of Irma Vep”