DAVENPORT — As Florida rushes to get the Coronavirus vaccine to as many residents as possible, a Polk County Fire Rescue paramedic is facing charges of having stolen three doses of the vaccine meant to be administered to other PCFR first responders.

Joshua Colon, 31, is being charged with the intentional theft of three doses’ worth of the Moderna vaccine, then forging the vaccine screening and consent forms to hide the theft. According to the Polk County Sheriff’s Office, Colon told detectives he had been directed to do this by his supervisor.

Polk County Sheriff Grady Judd, who noted that Colon was the 2020 Firefighter of the Year in Polk County, has resigned from his department and was arrested as part of an investigation that remains ongoing.

When detectives met with Colon at his lawyer’s office, Judd noted, “He said, ‘Hey, I want to totally cooperate.”

How Did This Covid-19 Vaccine Case Begin?

Judd said this investigation began after his department was informed about serious problems with the paperwork that Colon turned in for the vaccines he’d been given to administer.

“Joshua was assigned doses of the Covid-19 vaccine that he was supposed to give to other paramedics,” Judd said. “We found the paperwork was totally messed up.” 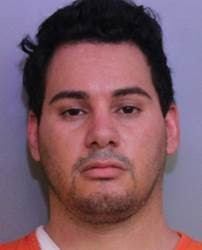 Polk County Fire Rescue was supposed to administer COVID-19 vaccines by Moderna to first responders, but first they had to complete and sign a Florida Health COVID-19 Vaccine Screening and Consent Form. Those forms would be collected by the medical personnel administering the vaccine, and there would also be a log maintained in each case, with details on the time the dose was given and any adverse reactions witnessed during the observation time.

Colon was given three vials containing 10 vaccines each, with instructions to administer them to first responders at Station 38 in Davenport. Colon was also required to report the total number of doses he’d administered each day. According to Carrie Horstman, public information officer for the Polk County Sheriff’s Office, “Paramedic Colon reported he administered 28 vaccines and two were waste (disposed due to possible time of exposure prior to administering, which is normal). Paramedic Colon later retracted himself and advised he administered 27 vaccines and three were waste.”

His paperwork raised red flags. Colon turned in 21 completed forms and the accompanying log, but that log listed 23 vaccine recipients, meaning two of the consent forms didn’t get turned in. Other information was also missing, including the date of birth of one firefighter listed as having received the vaccine.

When Polk Sheriff’s deputies began the investigation, they contacted the two firefighters listed as having been recipients of the vaccine, who claimed they hadn’t gotten it yet. “The third name was not a person who existed,” Horstman noted in her report.

What Did Joshua Colon Tell Deputies?

When deputies met with Colon on Jan. 25, Colon acknowledged that the three Florida Health COVID-19 Vaccine Screening and Consent Forms hadn’t been completed on the day of they were supposed to have been administered, “and that he created those forms himself and signed them,” Horstman noted. “He also advised he added the names to the log – two of the names were of existing firefighters, and one name was completely made up by him. He admitted they were fictitious.”

Later that day, Colon told deputies, his supervisor ordered him to go on his lunch break. At the time, the vaccines were in a refrigerator with a label tab. “When Colon returned to the station, he said he noticed the label tab was tampered with and three vaccines were missing,” Horstman noted. “Colon advised he did not question his supervisor in reference to the missing vaccines — however, he immediately became suspicious,” but didn’t report this incident to anyone within Polk County Fire Rescue.

Colon was arrested and charged with:

He was released from the Polk County Jail after posting bond, and as Horstman noted, “The investigation is ongoing, including what role the supervisor has in the theft of the vaccines and the creation of fraudulent and forged medical records.”

Since late 2020, Florida has only been vaccinating four priority groups:

First responders, including firefighters and paramedics, are included as part of the health care workers. More people are expected to qualify once the state receives more doses. Frontline workers, including those working at grocery stores, teachers and police, are expected to be among the next to receive it.

So far, more than 1.8 million people in Florida have received their first dose of the COVID-19 vaccine.

Introducing The Greater Fool: Our Nation Through a Unique Lens
Orlando REP Stays Afloat Thanks to Grants, Fundraising