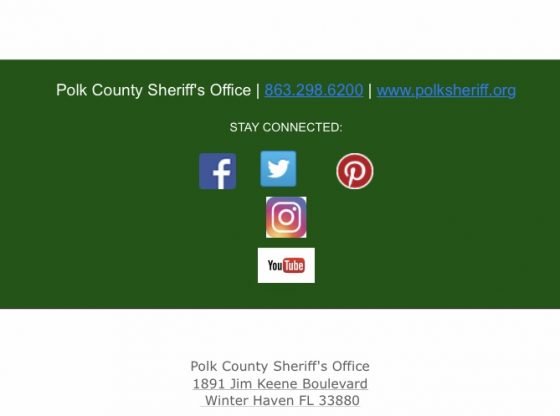 POLK CITY — Detectives say a Polk City man killed his elderly wife, then turned the shotgun on himself, because he could no longer care for her.

Bruchey reported that an 82 year old man appears to have shot and killed his 79-year-old wife before killing himself, and detectives have reported that the man’s brother told them he was worried about how he was going to be able to continue caring for his wife.

How Did Detectives Learn About This Case?

It happened on Saturday, Dec. 22, when deputies got a call about an incident at the home located at 1513 Highway 559, Lot 117 in Polk City. When deputies got there, they discovered two people in the home were dead from gunshot wounds.

They were later identified as 82-year-old Henry Stanecki and his wife, 79-year-old Nancy Stanecki.

Nancy Stanecki had wounds from a single gunshot to her head, while Henry Stanecki had died after two gunshots to his head. They reportedly had been married for 28 years.

During the initial investigation, detectives learned that Henry Stanecki had called a brother in Cincinnati, Ohio around 9:54 p.m. Saturday, “and told him, ‘I just shot Nancy,’ ” Bruchey noted. “That brother said that in a previous call, Henry Stanecki was worried about his wife Nancy’s bad health and frequent falls, and that he wasn’t able to help her anymore due to his own deteriorating health.”

No other details are available at this time. The investigation is ongoing, and autopsy results are pending, Bruchey noted.

Murder-Suicides Are Common Among Elderly Couples

According to the website WebMD, cases murder-suicides among the elderly are rising, including in Florida. The site noted that the murderers are almost all elderly men.

One study in Florida, the site noted, found that two-thirds of the men who killed their wives and themselves had visited their doctor within three weeks of the murder-suicide.

However, not a single case involved a man being treated by a physician for depression.

Another report based on findings from the University of South Florida’s College of Behavior Health and Community Sciences found that incidents of murder-suicide among the elderly happen about every three weeks in Florida.

Contributing factors can include depression and isolation from friends and family.

Spousal dependence, particularly when a wife has become an invalid, also is a major contributing factor, the report noted.