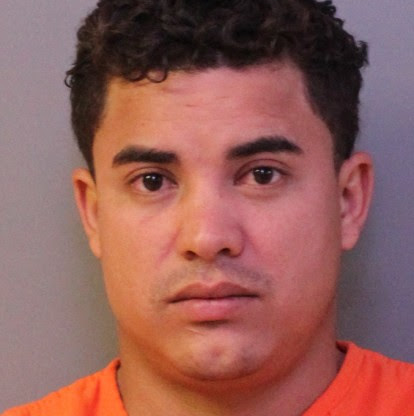 LAKELAND — A motorist is facing serious charges after Polk County deputies say he crashed into two vehicles while intoxicated, then fled the scene.

Once the driver, Juan Doblado-Gutierrez, was taken into custody, deputies said he registered 2.8 times the legal blood alcohol concentration limit.

Polk County Sheriff Grady Judd said it’s a reminder that if you’re ever involved in a car accident, don’t flee the scene, or you can expect to face serious legal consequences.

“As drivers, we have a fundamental moral obligation to stop if involved in a crash and render aid to those injured,” Judd said. “We also are legally and morally required to have a valid license. Doblado-Gutierrez didn’t do or have any of these things. He got drunk, decided to drive, and caused a crash that hurt others and caused thousands of dollars of damage. Thank God no one was seriously hurt.”

What Led to This Arrest?

The incident happened on Tuesday, Feb. 12 around 1 a.m.. After a Be On The Lookout (BOLO) alert was issued, deputies were able to locate and arrest Doblado-Gutierrez, 25. He now faces charges that include:

The Polk County Sheriff’s Office got a call around 1 a.m. that evening to respond to a motor vehicle accident on U.S. 98 and Innovation Drive in Lakeland. Deputies say Doblado-Gutierrez hit two vehicles and left the scene without stopping, and did not make any attempt to assist the others impacted by the crash.

Sherrie Morgan, public information officer for the Polk County Sheriff’s Office, noted in her report that this crash sent one person to the hospital.

The crash was reported, and after the BOLO alert was issued, “An observant deputy noticed Doblado’s car with significant front end damage turning onto Combee Road from U.S. 98 and stopped the vehicle on Commerce Point Drive about 2 miles north of the crash,” Morgan noted.

Did Alcohol Play a Role in the Crash?

Morgan said the deputy determined Doblado-Gutierrez was under the influence of alcohol after he failed a sobriety test. He was arrested and transported to the Polk County Jail. it was there that he registered an alcohol level of .223 BAC, “nearly three times the legal limit of impairment, which is .08,” Morgan added.

Morgan noted that Doblado-Gutierrez “did not have a valid Florida driver’s license, only an ID card from Honduras.”

“We don’t know if he is in the country legally, but we have notified ICE that he is in our jail,” Judd said. “If ICE gives us a legal detainer, we will hold him.”

Doblado-Gutierrez is being held in the county jail on a $2,000 bond.