Playwrights’ Round Table Ready for Launch 2023 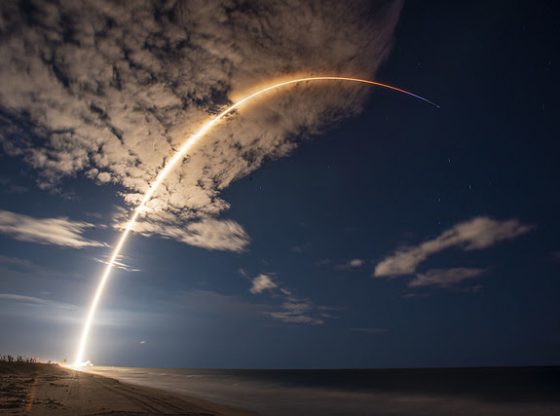 ORLANDO — The Playwrights’ Round Table is inviting audiences to check out their new lineup of short plays when they kick off Launch 2023 on Friday, Jan. 13.

As PRT noted in their latest newsletter, 2023 is promising to be a very busy year for them.

“Wow, have we got a lot going on — three new play productions to kick off the year, a spring full of script calls, the return of our monthly live workshops, and oh yeah, getting ready for Jigsaw at the Orlando Fringe Festival in May!” the Orlando-based playwrights group noted. “Help us make 2023 the best year ever for new plays in Orlando.!”

Their upcoming productions include Launch 2023, featuring 8 new short plays by a mix of local and national playwrights.

Launch 2023 will be presented Jan. 13-15 and 20-22 at the Santos Dantin Studio Theater in the Orlando Shakespeare Center, 812 E. Rollins St. Tickets are $20 general admission, $15 for seniors/students/military with ID, and $12 for theme park employees. Buy your tickets at https://www.tix.com/ticket-sales/theprt/6849.

DROP THE MASK by Bill Lattanzi, directed by J Scott Berry, with Kimberly Murray-Patel and Lauren Petrullo in a story set in a mostly post-pandemic world.

GOING NOWHERE FAST by Tony Pelham, directed by J. Anthony D’Aguiar, with Patrick James, Samantha Stonecipher, and Roswell Strauss as “Three characters in search of a plot, a playwright, several accents, and possibly a murder. Or not.”

PICTURE OF A ROMANCE by Aleister Abercrombie, directed by Ayal Wolf, with Cassidy Hopkins and Brittany Bayley as two women from very different worlds who connect after a terrible accident.

RIDING DOWN A MOONBEAN by Donald Lampton, directed by Jacob Eaddy, with Connor Nichols, Shelby Randle and Jax Powers. “The Borgias wish to sell their rather unusual dinner theater to Willie, a down on their luck sales associate.”

ROADSIDE ATTRACTION by Peggy Powell, directed by Chuck Dent, with Mariah Seeley, Arden Reidy and Dent. “What mysteries await the traveler on the open road?”

HAGGIS by Ava Love Hanna, directed by Dent, with Kimberly Murray-Patel, Danny Narvaez and Dent as two wayward travelers to Scotland who have an unusual encounter with their host.

A LITTLE BIT VACANT by Louise Schwarz, directed by Bill Warriner, with Komal Patel, Anthony Marando and Faheem Bacchus. “Nora discovers a friend in the most unlikely of places.”

PRT is seeking 10-minute plays from Central Florida playwrights only for their upcoming Native Voices 2023.

“We STRONGLY encourage BIPOC, female and LGBTQIA+ writers to submit their work,” PRT noted. “We primarily seek unproduced, unpublished new plays. However, we will accept submissions that have not been performed in Orlando and have not previously received more than 2 productions (staged readings are fine).”

This script call runs Jan. 1st-31 at midnight. Email all submissions to submissionsprt@gmail.com.

Send TWO (2) PDF or Word copies of your script, one with full name and contact information, and personal info (gender/pronouns, ethnicity, etc.), the other “blind” – this copy will go to the readers.

There is a $1 submission fee for all 10-minute plays, which can be sent through PayPal using theprtfl@gmail.com. Members of PRT are exempt from this fee. Anyone who doesn’t have PayPal can mail a check to PRT, 4696 Middlebrook Road, #J, Orlando FL 32811, with the check made payable to Playwrights’ Round Table.

You can submit up to 3 plays per writer, and PRT recommends you keep all sets minimal since they perform in a small black box, and limit the number of characters to 4.

All selected playwrights will receive a $25 stipend. If you have any questions, email theprtfl@gmail.com.