Phantasmagoria Revives A Christmas Carol for the Holidays

Home /After Dark, Entertainment/Phantasmagoria Revives A Christmas Carol for the Holidays

ORLANDO — Anyone who caught the recent production of Phantasmagoria XIII: Poe, Through the Tales Darkly knows this horror troupe can serve up spooky chills during the Halloween season.

But did you know Phantasmagoria also has entertainment suitable for the Christmas season?

Tickets went on sale Friday for their upcoming holiday special, Phantasmagoria’s A Christmas Carol & The Canterville Ghost: An evening of Whimsically Haunted Ghost Tales. Performances start at Dr. Phillips Center for the Performing Arts before touring Central Florida through Dec. 23.

What is Phantasmagoria’s A Christmas Carol?

Phantasmagoria, the troop of circus-like actors, dancers, and storytellers who have celebrated 13 years of recreating ghostly tales of horror from classic literature, is back this holiday season as the Victorian Troupe Phantasmagoria. They’re returning to the stage with their dark adaptation of Charles Dickens’ holiday favorite “A Christmas Carol, A Ghost Story of Christmas.” This production uses movement, dance, puppetry, projections, and storytelling to bring audiences one of the most famous ghost stories of all time.

This year, however, in the tradition of telling Ghost Stories around the Christmas season, Victorian Horror Troupe will bring not one but two ghostly classics to the stage. In addition to A Christmas Carol, the troupe will also perform Oscar Wilde’s famous story “The Canterville Ghost.”

“All in Phantasmagoria’s unique performance style,” noted John DiDonna, the playwright, director and performer who created Phantasmagoria more than a decade ago. “A whimsically haunted evening of Ghost Stories and Christmas Cheer for the whole family to bring us into the 2022 holiday season.”

As DiDonna noted, this holiday show is suitable for all ages, although he added, “Be aware it includes ghostly characters and haunted themes.”

When Will These Holiday Shows Be Performed?

The show kicks off at Dr. Phillips Center for the Performing Arts in downtown Orlando in the Alexis & Jim Pugh Theater on Dec. 2-3 at 8 p.m. and Dec. 4 at 2 p.m.

From there, the show moves to:

For more information and links to all venue box offices, visit Phantasmagoria’s website and follow the troupe at www.facebook.com/PhantasmagoriaOrlando.

For every Halloween season since 2009, the Phantasmagoria troupe has been entertaining local audiences through acrobatics, music, dance, giant puppets, and, most importantly, by recreating classic tales of terror from the vaults of legendary horror writers like Poe, Mary Shelley and many others. Each year, there are new stories — not to mention new adventures for the circus-like performers themselves, and also sometimes new actors as well.

If you’ve lived in Central Florida over the past decade, that word Phantasmagoria needs no introduction. The troupe has been performing around Halloween, at the Orlando International Fringe Theatre Festival, and more recently, around Christmas with their unique version of A Christmas Carol. 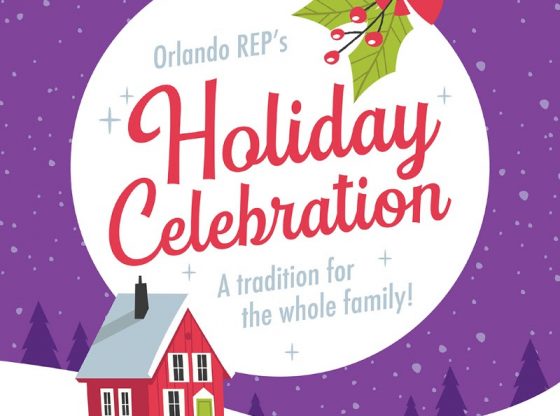