Phantasmagoria is Back For More Spooky Tales

Home /After Dark, Entertainment, Homepage/Phantasmagoria is Back For More Spooky Tales 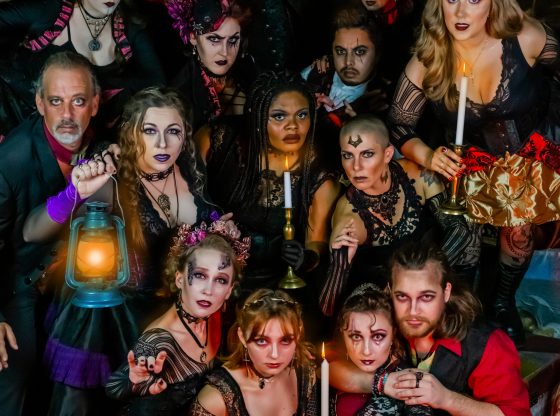 ORLANDO — Phantasmagoria is back. And right on time for Halloween.

Phantasmagoria XIII: Poe, Through The Tales Darkly, will debut at Dr. Phillips Center For The Performing Arts on Thursday, Oct. 6 for three performances before touring across Central Florida for the month.

The Victorian Horror Troupe plans to spend this Halloween season visiting the stages of multiple venues around Central Florida with this, their 13th year scaring up thrills and chills for local audiences.

What Will Phantasmagoria XIII Be About?

Phantasmagoria XIII “Poe, Through The Tales Darkly” will take patrons on a theatrical journey into the tales and poetry of Edgar Allan Poe , recreating classic Poe horror stories through their unique brand of storytelling that mixes dance, puppetry, screen projections and original music.

As the horror troupe noted in a news release, “From the haunted stirrings of ‘The Raven’ to the sheer terror of ‘The Tell Tale Heart’ . . . and from the grim tolling of ‘The Bells’ to the bittersweet grieving of ‘Annabel Lee’ along with a selection of other whimsical, macabre, and terrifying stories and poems, you are invited to celebrate an evening of Poe’s work. The perfect way to usher in the Halloween season!”

Phantasmagoria XIII is will be performing on the following dates/locations:

Orlando Premiere: The Dr. Phillips Center for the Performing Arts on Oct. 6-8

For ticket links and more information about these shows, log on to www.PhantasmagoriaOrlando.com

For every Halloween season since 2009, the Phantasmagoria troupe has been entertaining local audiences through acrobatics, music, dance, giant puppets, and, most importantly, by recreating classic tales of terror from the vaults of legendary horror writers like Poe, Mary Shelley, Charles Dickens, and many others. Each year, there are new stories — not to mention new adventures for the circus-like performers themselves, and also sometimes new actors as well.

If you’ve lived in Central Florida over the past decade, that word Phantasmagoria needs no introduction. The troupe has been performing around Halloween, at the Orlando International Fringe Theatre Festival, and more recently, around Christmas with their unique version of A Christmas Carol.

The long-running series was created by local playwright, director, actor and theater professor John DiDonna, and now, with Halloween coming up fast, they’re ready to launch into season thirteen.

Kevin Kelly Introduces His New Cabaret This Week
Revisiting an Era of Innocence in Sh-Boom! Life Could Be A Dream 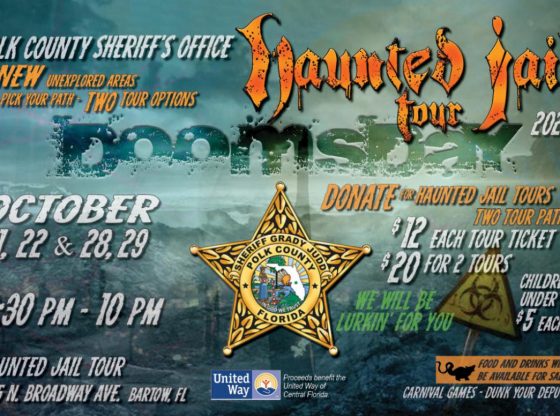 Revisiting an Era of Innocence…