Parliament House gears up for an ambitious 2011

Home /After Dark/Parliament House gears up for an ambitious 2011 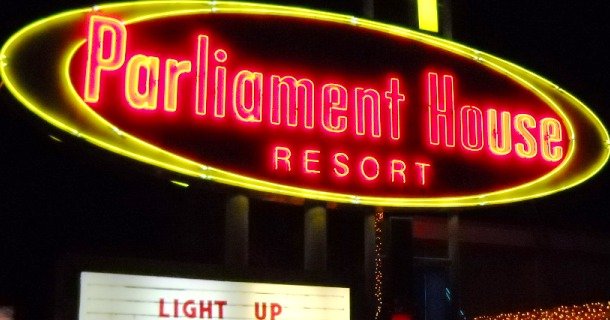 ORLANDO – Don Granatstein remembers the day 11 years ago when he first toured the property called the Parliament House. Known for being a rarity – a hotel that catered to gay men in the conservative Deep South – Granatstein wasn’t the least bit impressed.

“I came and saw it and said, ‘This thing is a bloody mess,’ “ he recalled. “It was a dirty, filthy whorehouse.”

Something else stands out in his mind from that day: standing in front of the hotel on Orange Blossom Trail and listening to truck drivers speed by, yelling out the window and calling Granatsetin a “faggot.” It’s a memory he’s never forgotten.

“I’m from Toronto, the most liberal city in the world,” he said. “You had to be tolerant or you didn’t fit in with Toronto. So there I was, and I’m getting called faggot, and I’m totally insulted.”

The sorry condition of the hotel, combined with the vocal prejudice Granatstein experienced, could have been enough to send plenty of investors packing. But Granatstein – who is married to his business partner, Susan Unger – didn’t walk away. Even amid the insults and the property’s disrepair, they still saw potential. And in part, it had to do with the remarkable amount of name recognition that this little hotel had, well beyond the Orlando city limits.

“Everywhere we’d go, everyone knew the Parliament House,” he said. “I said, ‘Would you stay there,’ and they’d say, ‘Of course not, it’s a dirty, filthy whorehouse.’ “But it had a name.”

Today, Granatstein and Unger make up Parliament Partners Inc., owners of the resort at 410 N. Orange Blossom Trail that has not only survived, but thrived. While still a popular spot with the gay community, Granatstein and Unger have worked hard to build up other aspects of the resort’s appeal, including a restaurant, several nightclubs, and a theater that’s proven to have wide crossover appeal to straight audiences as well with hit shows like “Ladies of Eola Heights” and performances by well known celebrities. Back then, Parliament House was a place gay men could go if they wanted to find sex with other men in a conservative city. Today, the resort is a destination, regardless of sexual orientation.

“Our line,” Granatstein said, “is expect to be entertained when you come to the Parliament House.”

Their biggest success to date may have been “Ladies of Eola Heights,” written by the resort’s theatrical director, Michael Wanzie, and featuring three men playing three sisters in Orlando who reunite for their father’s funeral. The play was such a big hit that it had an extended run for months, and continued drawing in huge crowds every Saturday night – and not just from gay men. Elderly women seemed particularly drawn to the seriocomic story.

“One afternoon they brought in a busload from the Villages,” Granatstein said of the development in Lake County that appeals to retirees.

It’s a journey that Granatstein and Unger almost didn’t take.

The Canadian Granatstein, who is an accountant by trade, cut his teeth in the field of gay hospitality when he helped open one of the first gay-friendly time shares in Las Vegas, through a resort that had never been able to attract families with children.

“Because there was no children, it was a natural to become gay friendly,” he said.

It also made Granatstein realize that gay consumers have money to spend and appreciate resorts that reach out to them and make them feel welcome. It’s one of the reasons why he initially entertained the idea of buying the Parliament House in the late 1990s, since it already had a solid reputation with the gay community.

But the property was in such disrepair that Granatstein wondered if it was even salvageable.
”I said, ‘This is a real stretch,’ “ he noted. “I told Susan, ‘I’ve never been afraid of a deal, and I’m afraid of this deal. I can’t make this thing make sense.’ We went, ‘How the hell do you run a place like this?’ ”

It was Unger who changed his mind, by suggesting that they buy the property and then build a central courtyard with a pool and a lounge area. Suddenly, it all made sense.

“Her idea for the courtyard changed my view,” he said.

It wasn’t easy transforming the property. Granatstein recalls having a hard time lining up financial backing from southern financial institutions, since the money was going to a gay resort.

“There’s still tons of prejudice in the world,” he said. “They would say to me, ‘I have nothing against you, but I’m a staunch Christian.’ That was the kind of thing I was running to.”
Parliament Partners Inc. cleaned up the property, created the courtyard, and kept adding on new things. Granatstein recognized that a resort with live entertainment could appeal to anyone in a city already known worldwide as a popular tourist destination, and Wanzie began expanding the shows being done at the Footlight Theatre, from original plays to off-Broadway imports to cabaret and female impersonators. Their restaurant expanded its menu and will host a big New Year’s Eve bash in a few weeks.

“We have been trying to do more modern entertainment,” Granatstein said. “We’ve definitely gone mainstream in the entertainment.”

But at the same time, Granatstein stressed that the Parliament House remains what it was in 1999.

“It will never stop being a gay resort, no matter what,” he said.

Wanzie emphasized that fact on Dec. 4, when the Parliament House hosted two special events: the Parliament House Winter Party, which the official kickoff of their courtyard lighting program, and then the debut of Wanzie’s holiday production, “A Glittering Star-Studded A Christmas Carol.”

Just before the show started, Wanzie asked the full house audience to exit the theater in the direction of the nightclubs, leading right out to the pool bar.

“If you’ve never been to our pool bar,” Wanzie said, “it’s just past the half naked guys on the deck.”

One of those half naked guys is bartender Eddie “Funhouse” Guzman, who said working at the resort is a “phenomenal” job.

“What we do here as bartenders is we entertain,” he said, adding that Parliament House has built up a loyal following that it’s helped them cope through a recession that hasn’t spared the local hospitality industry.

“There are no slow times for us,” Guzman said. “There’s always constant traffic here.”

He agreed with Granatstein that the Parliament House has a name across the country.

“I’m from New York, and I told people ‘I’m going to Orlando,’ and they said ‘Oh, you’ve got to go to the Parliament House,’ ” Guzman said.

Granatstein said their entertainment standards have gotten higher, which is one reason why they have so much crossover appeal today.

“I think to be a drag queen here, you have to work harder than in the rest of the country,” he said. “It’s entertainment-plus.”

Still, 2010 was a tough year for the resort, starting in August with media reports that the Parliament House was facing the possibility of bankruptcy. But Granatstein dismissed any notion that the resort was about to close its door.

“We’ve gone through a terrible period in that our mortgage lender went into bankruptcy,” Granatstein said. “That’s almost over now.”

A judge eventually placed the property into receivership, giving Granatstein hope that the worst of their financial troubles are behind them now, and the resort and its employees can look forward to a stronger 2011. Their plans include a renovation of the property – “Let’s call it a tune up,” Granatstein said. “The bars will get redone, and then the rooms next.”

Parliament Partners Inc. will also launch the Parliament Club in 2011, a neighboring timeshare property that allows guests to use the Parliament House facilities, plus added features like a health club and boating program.

“You don’t have to buy a timeshare, you can just join the club,” he said, adding that this was all part of his and Unger’s plans to make the Parliament House a world class destination – for gays and straights alike.

“We’re never going to be anything but what we already are, but we’re going to get better,” he said.