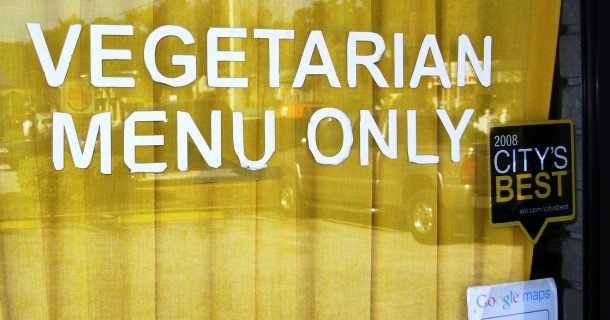 ORLANDO – Those who are not inclined to think of vegan eating as being healthy, nutritious and a precursor to a long lifespan may be quick to write it off with one common word: boring.

I mean, it’s all just vegetables, right?  How much can you really do with a bunch of veggies?  If you’ve tried one carrot or piece of celery, you’ve gone the distance, right?

Isn’t the vegan lifestyle pretty much the same as committing yourself to eating a salad every day, and discovering by day three that you absolutely hate lettuce, no matter how much dressing your pour on it?  Doesn’t the whole vegan/vegetarian lifestyle eventually lead you to crave meat, even if it means breaking into the local Burger King after hours for a mad run on their Whoppers?

That’s probably a fairly common misconception about vegan food – that the best you can do with vegetables is either serve them raw or steam them in a hopeless attempt at variety.  If you’ve lived in Orlando long enough, you probably know this is a great city for living the vegan lifestyle, because there are so many different vegan restaurants to pick from.  Even better: the restaurants themselves are as diverse as McDonald’s is from Ruth’s Chris’ Steak House.

A good example: if you’ve ever stopped in at Ethos on Orange Avenue, or gone to The Loving Hut on Colonial Avenue near Bumby, you know these two vegan restaurants are radically different in terms of what they serve you – but in both cases, the emphasis is on non-meat dishes that are both healthy and delicious.   Neither one fits into my view of a dull place to eat because … well, those vegetarian dishes are too bland to waste your time with.

Another fine example of this region’s ability to attract first rate vegan restaurants is the Garden Café at 810 W. Colonial Drive (considering that there’s also a Sweet Tomatoes restaurant at 4678 E. Colonial Drive, near Semoran Boulevard, I’m starting to think Colonial may be becoming the true vegetarian strip in this growing city.)

Every time I visit Garden Café, which is close to Orange Blossom Trail, I think less about it being a vegetarian restaurant than a Chinese one – because it looks just like most other local Chinese restaurants.  And the menu isn’t all that different, either.

The soups include Egg Drop, Wonton, Hot and Sour and Miso.  The appetizers include a Spring Roll, String Beans in Five Spices, or Dumplings.

The difference, though, is in this restaurant’s philosophy, so proudly stated on the menu: “Forgo the meat without giving up the taste,” or their mission, “To create a vegetarian restaurant which can be enjoyed by both vegetarian and non-vegetarian friends.”

How do you do that?  The same way as The Loving Hut and other vegan restaurants serving “meat” dishes: ditch the meat.  Instead, offer meat substitutes – the Fried Oysters, for example, are made from Portobello mushrooms.

I used to look at meat substitute dishes with a sky high degree of skepticism – kind of like drinking Diet Coke when you really crave the genuine original, or buying one of those awful “low fat” cakes that strips out all the stuff that makes it taste good to begin with, even as it adds to your grief when you get on the scale the next morning, but which tastes like stale bread.

Garden Café cured me of that skepticism, though.  Their meat dishes taste like … well, meat, or seafood, or whatever else it’s supposed to resemble.  At least, I can’t notice a difference, and I will say that this restaurant which advertises “natural, healthy Chinese cuisine with meat substitutes” lives up to its billing.  The meals are delicious, the servings generous.  The service is fast, and if the restaurant’s overall décor isn’t flashy, it doesn’t need to be.  It’s another happy addition to Orlando’s growing number of fine vegan establishments, and there’s nothing about these meals that cry out “boring.”