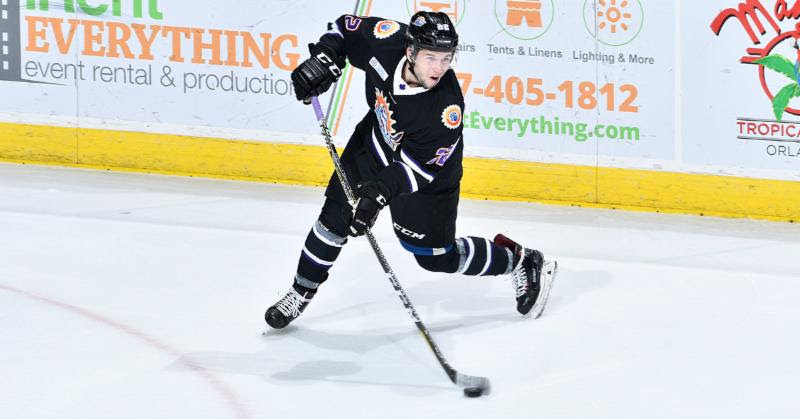 It’s expected to be a highly anticipated game, since it’s going to mark the start of something unique: a three-year affiliation agreement that Orlando’s home team, the Solar Bears, just entered into with the Tampa Bay Lightning.

The Solar Bears are members of the ECHL, the mid-level professional ice hockey league that has teams scattered across the U.S. (and includes two franchises in Canada), and a tier below the American Hockey League.

The Solar Bears, owned and operated by the Orlando Magic and the DeVos Family, have qualified for the Kelly Cup Playoffs in four of six seasons. And now they’ve got a new agreement with Tampa Bay Lightning.

They were also affiliated with the Kalamazoo Wings for the 2016-17 season and the Florida Everblades from 2010-2013.

What Are The Details of the Solar Bears’ New Agreement?

Lightning vice president and general manager Steve Yzerman announced the new affiliation agreement on Monday, while noting that the Solar Bears are going to serve as the Lightning’s primary ECHL affiliate starting this fall during the 2018-19 season.

“We are extremely happy to welcome the Orlando Solar Bears into the Lightning organization today,” Yzerman said. “The Solar Bears organization has demonstrated a strong commitment to success that has paid off with numerous playoff appearances. We look forward to being a part of their future accomplishments while also developing our prospects in a world-class environment.”

There was a similar enthusiasm for this agreement by the Solar Bears.

“We are thrilled to be able to announce our new affiliation with the Lightning,” said the Solar Bears president Chris Heller. “This relationship will not only aid in our on-ice performance, but will also help strengthen the profile of ice hockey throughout Central Florida.”

The Solar Bears are Orlando’s third professional hockey team, after the original Solar Bears and the Orlando Seal, and they’re one of three ECHL franchise in Florida, along with the Florida Everblades and the Jacksonville Icemen.

The Solar Bears franchise was expanded in November 2011 and revived the name of the original Orlando Solar Bears, and their first season was in 2012–13. The Solar Bears hosted the 2015 ECHL All-Star Game at Amway Center on Jan. 21, 2015.

Alex Martins, CEO of the Orlando Magic, which owns the Solar Bears, also praised the agreement.

“We are incredibly excited for this new partnership affiliation with the Tampa Bay Lightning,” Martins said. “The Lightning is a first-class organization with tremendous values and vision and we feel very fortunate to have this opportunity to be a part of their hockey family.”

Who Is The Solar Bears’ Newest Team Player?

In addition to this affiliate agreement, the Solar Bears recently announced that they’ve brought Ryan Siiro on board for the 2018-19 season.

Siiro, 25, just came off a 21-game stint with the Colorado Eagles during the 2017-18 season. The 6-foot-2, 220-pound forward also skated in 33 games with the Peoria Rivermen of the Southern Professional Hockey League.

“Ryan plays a responsible, two-way game,” Solar Bears head coach and general manager Drake Berehowsky said. “He got his first taste of pro hockey last season, and he will be a valuable contributor to our lineup.”

Siiro added that he was “extremely thankful for the opportunity that Coach Berehowsky and the Solar Bears have given me.  I chose to sign with Orlando because I feel that I would fit very well within the system the team will be running, and the style of play we want to execute. I’m looking forward to being a part of a winning program and helping the Solar Bears win a championship.”

Tickets for the Lightning’s preseason game at Amway are now on sale at Ticketmaster. Exclusive pre-sales to Lightning and Solar Bears Season Ticket Members, as well as Magic Premium members, are also available.

Season Ticket Memberships for the seventh season of ECHL Orlando Solar Bears hockey are on sale starting at $270. To learn more, call 407-951-8200 or visit the Solar Bears website.