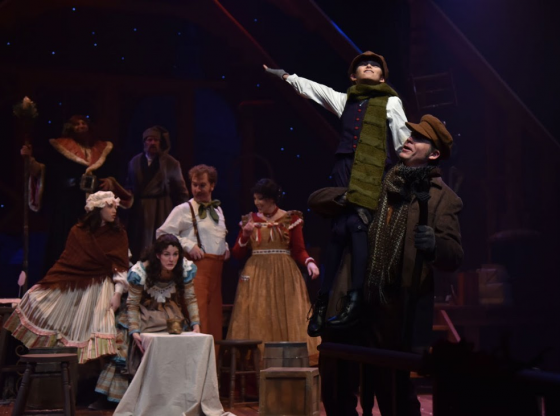 ORLANDO — So what are we to do about Mr. Scrooge?

That’s a question that community theaters have to figure out every time they decide to make an adaptation of Charles Dickens’ “A Christmas Carol” their holiday production. And just as Bob Cratchit would shake his head and wonder what he was going to do with that miserly old Ebenezer Scrooge, directors and actors face a similar conundrum.

Dickens’ story, after all, is one of the most universally known Christmas sagas ever written, and save for the folks who spend most of their days wandering alone in the desert, there aren’t too many of us who don’t know about Scrooge’s visits from the Ghosts of Christmas Past, Present, and Christmas Yet to Come, or how the visions they subject Scrooge to radically transform his outlook on life.

And while familiarity may not always breed contempt, there is the challenge of finding a creative artistic path to take that makes a very well-known story seem — if not original, then at least fresh and still engaging.

More often than not, humor and sentimentality are the most popular choices. Scrooge is often portrayed as a comical figure who grumbles and hems and haws, and can be downright funny as he snaps at those poor missionary women trying to collect something for the needy. And then, of course, we get to the end when Scrooge sure becomes the life of everybody’s Christmas party. Let those happy tears flows!

Another option that’s been interesting over the years has been minimalism. Actor/director John DiDonna produced for many years at the Lowndes Shakespeare Center a version, “Dickens By Candlelight,” featuring three actors playing all the roles, with no sets. And certainly more than a few ambitious actors have done a one-man (or woman) version of “A Christmas Carol,” either playing all the roles themselves or reading Dickens’ classic to the audience.

How Does the Orlando Shakes Handle This Classic? 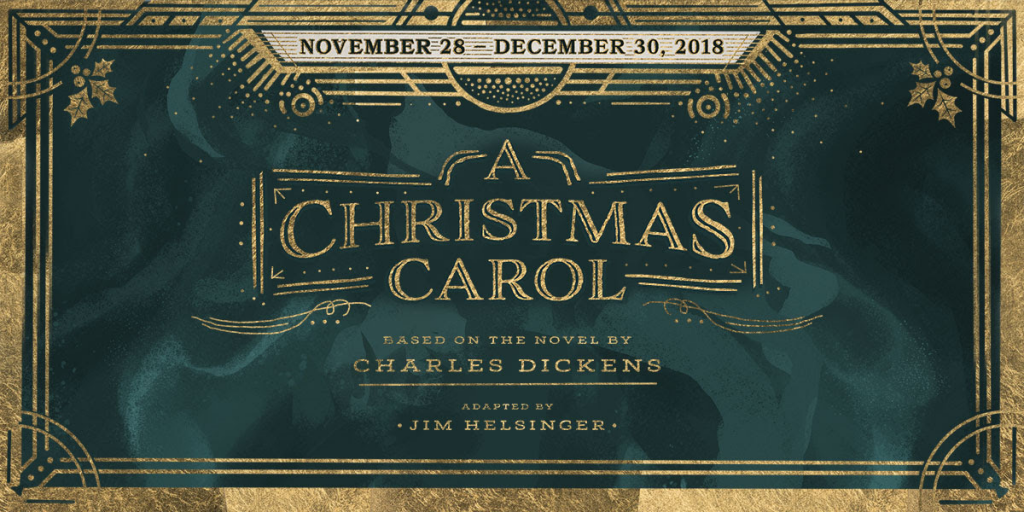 The Orlando Shakespeare Theater, which is reviving its version of the Dickens classic as adapted by their artistic director, Jim Helsinger, attempts neither approach. The Orlando Shakes version is elaborate, grandiose, and beautifully produced, with an interesting setting: an attic where a family goes exploring, and the young son discovers a book collecting dust up there. His father beams when he sees the book, and explains that it’s a classic called “A Christmas Carol” by a writer named Charles Dickens, and he can’t resist reading it to the boy (and hence, the audience.)

This production, which opened on Wednesday and runs through Dec. 30, gives us a towering performance by Steven Patterson as Scrooge. In this very faithful adaptation by Helsinger, Scrooge is not a comical figure and Patterson makes no attempt to mug it up for laughs by portraying Scrooge that way. As the story opens in Scrooge’s office on Christmas Eve, he only reluctantly agrees to allow his underpaid clerk Bob Cratchit to have Christmas day off with pay, and he’s indifferent to the young girl outside his shop asking for spare change, or those who come in seeking donations for the needy.

There’s nothing humorous about this Scrooge: he seems bitter, unpleasant, and hostile. He’s the kind of guy standing next to you in line at the mall who makes you want to start doing all your holiday shopping online from now on.

The production takes an even darker turn as Scrooge returns to his home and is visited by the ghost of his late business partner Jacob Marley, who now wanders the Earth wrapped in heavy chains after a lifetime of greed and selfishness. Marley’s ghost is downright scary as he thunders his warning to Scrooge to turn his life around before he takes on a similar fate, and the Shakes makes particularly effective use of a staircase leading under the stage, where Marley’s chains are repeatedly being tugged on by some unknown force, dragging him down, down, down ….

What Makes This Production Work So Well? 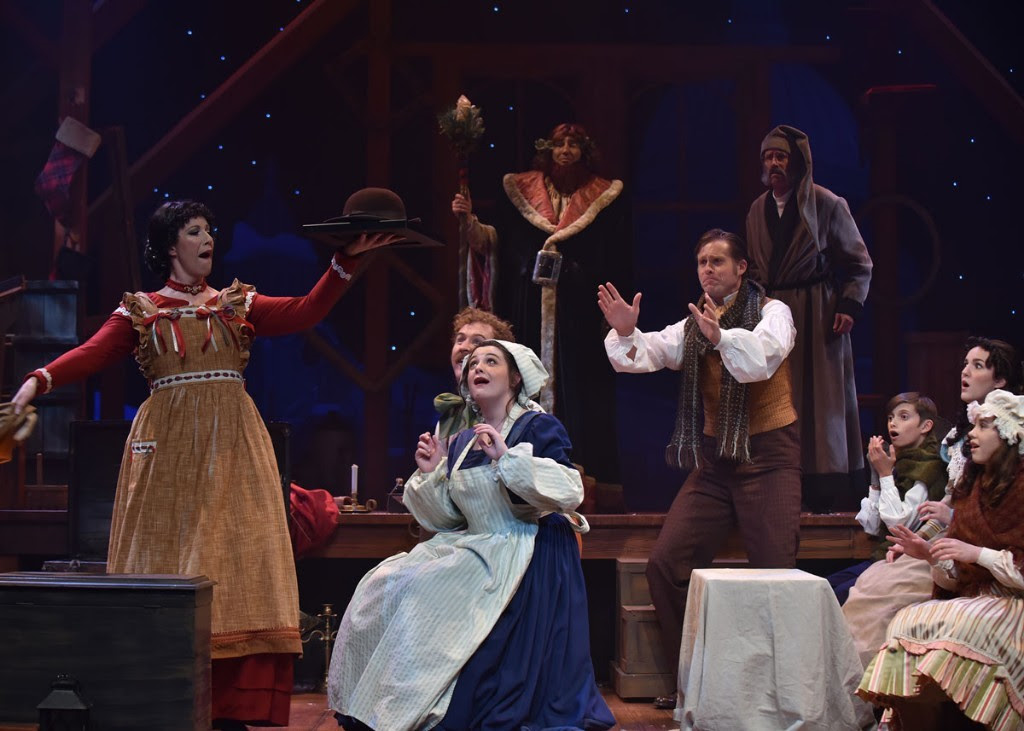 As can be expected, the production’s director, Kristin Clippard, makes full and effective use of sound and lightning to enhance the show — although this is really one of those productions that owes its success more than anything to superb actors. Patterson is commanding every moment he’s on stage, running the full extent of Scrooge’s rapidly alternating personality, from bitter to terrified, to wistfully nostalgic, and then appalled to see his own failures rubbed in his face. If the initial Scrooge seems just a tad above contemptible, you’ll be surprised at how quickly you want to start rooting for him.

And if this production aims to help audiences revel in the joy of the season by the time Scrooge’s awakening arrives, it makes the audience work for it first, by enduring the fear, disappointments and desperate hope for a second chance that Scrooge must first go through.

“A Christmas Carol” is being produced at the Orlando Shakespeare Theater at 812 E. Rollins St. in Loch Haven Park.

The show runs for two hours with a 15-minute intermission. Show times are at 7:30 p.m., with 2 p.m. matinees on Sundays, Wednesdays and Saturdays.

The production will include a “Sunday Funday” on Sunday, Dec. 16 from noon to 2 p.m., when there will be “light bites” and cocktails available before the show.

There will also be a Sunday Talk Back immediately after the Dec. 16 show, when the members of the cast will lead an informal discussion about the production.

Lake County’s “Rescue Me” Firefighters Calendar is Now Available
Age of Aquarius: Flashback to “Valley Of The Dolls”