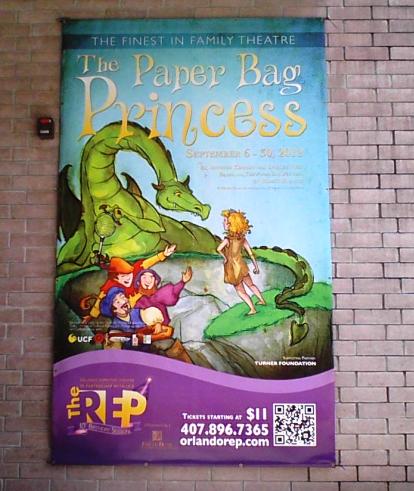 ORLANDO —  Last March, the Coronavirus pandemic lead to the unprecedented shutdown of every community theater in Central Florida doing live shows, leaving them shuttered throughout the rest of the year. For the Orlando Repertory Theatre,  survival hasn’t been about drawing patrons to live shows, but about something else entirely: fundraising.

Orlando REP was able to keep the lights on and the staff to stay employed, the theater in Loch Haven Park noted, courtesy of goal-breaking fundraising efforts in the months when their doors were locked. That included becoming the recipient of a grant known as the Dr. Phillips Charities Covid Relief grant, which provided them with the much-needed financial means to continue meeting operating expenses. As the Orlando REP noted in a news release, “Because of the generosity of Dr. Phillips Charities and the support of individual donors, Orlando REP has been able to maintain full-time staff employment and continue modified operations throughout the pandemic.”

After spending months offering virtual online productions that patrons could view from their homes, community theaters are finally starting to welcome back audiences for live shows in 2021, although with social distancing measures fully in place. The Winter Park Playhouse just launched its comeback show in January, although they can now seat only 32 patrons, and the audience, cast and staff all wear masks.

Mad Cow Theatre, Orlando Fringe and Orlando Shakes are doing outdoor shows rather than performing inside their theaters.

All of these theaters have also relied on fundraising and grant money to help survive the unprecedented shutdown, and the Orlando REP noted that the Dr. Phillips Charities grant provided them with an additional $25,000 to assist with the impact that Covid-19 has had on their operational expenses.

Dr. Phillips Charities, a non-profit organization that had agreed to commit $1.6 million in assistance to other nonprofits that had been impacted by the pandemic, selected Orlando REP for the operating support.

Chris Brown, executive director of Orlando REP, said they were very grateful for the support.

“Dr. Phillips Charities continues to exemplify leadership in our community,” Brown said in a news statement. “Their generosity of giving this past year was humbling and we are grateful for their partnership.”

Theater Fundraising Will Continue This Year

Orlando REP spent a good part of the shutdown on boosting their fundraising efforts, and noted that their “end-of-year fundraising campaign saw generous gifts from individual donors result in exceeding the final goal by 75% Because of the support of both established and new supporters, Orlando REP has entered 2021 with all full-time staff in place, and plans for exceptional educational programming for the spring.”

Live performances are also expected to make a comeback, with plans for public performances of the musical Pete the Cat, based on the popular children’s books, by mid-spring. Orlando REP is also expected to continue offering Spring Break camps for students interested in acting and pursuing a career in the theater.

To learn more about upcoming programming at Orlando REP, visit their website or follow the community theater on social media channels at @orlandorep.