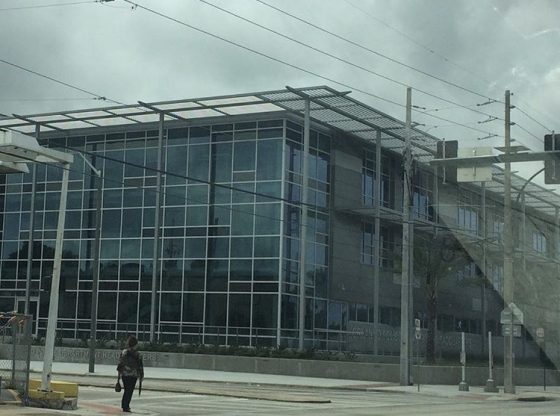 ORLANDO — If you’re a fan of the CBS TV series NCIS, and know that popular character Abby is the one who’s always at a computer, using digital technology to help the team solve crimes.

And a popular technique on the show is the use of a facial recognition system, the technology that enables Abby to identify or verify a person from a digital image or a video frame from a video source.

Watching Abby reconstruct a person digitally is definitely fun stuff on TV, but it’s not a TV creation. The Orlando Police Department has become the latest law enforcement agency to consider using this technology to fight crime.

On Oct. 18, Orlando PD finalized an agreement with the City of Orlando and Amazon Web Services that allows them to launch a second phase pilot to further evaluate Amazon’s facial recognition technology.

The pilots have allowed Orlando to test this innovative technology to see if it offers value as a crime fighting tool that will enable Orlando PD to keep the community safe — in the digital world.

And one of the technologies the city is ready to begin testing is facial recognition technology.

What Is Facial Recognition Technology?

A facial recognition system works in multiple ways and methods. One is by comparing selected facial features from an image with faces within a database.

It’s also a Biometric Artificial Intelligence-based application, with the ability to uniquely identify a person by analysing patterns based on the person’s facial textures and shape.

The technology dates back more than 50 years. In 1964, researchers Woody Bledsoe, Helen Chan and Charles Bisson began working on using a computer to recognize human faces. Much of their work wasn’t published at the time, since it was funded by an unnamed intelligence agency that did not allow much in the way of publicity.

Only later would it be revealed that Bledsoe’s initial concept involved the manual marking of various landmarks on the face (eye centers, mouth) which were mathematically rotated by a computer to compensate for pose variation.

Today the technology is considerably more advanced. The techniques for facial acquisition include:

What is Orlando Doing With This Technology?

Orlando will spend the next nine months on the second phase pilot period, using the same parameters and controls utilized in the first pilot. There are strict guidelines that the city plans to adopt. That includes:

* No images of the public will be used for any testing, just images of Orlando police officers who have volunteered to participate in the test pilot.

* Eight designated video streams from city-owned cameras will be placed at several locations, including four at Orlando Police Headquarters, three IRIS cameras and one at another city facility.

As part of the pilot, the technology won’t be used in an investigative capacity, and city leaders plan to uphold all privacy laws and ensure there are no violations of anyone’s civil rights.

Once the nine months are over, Orlando Police Department has the option to implement use of the technology.

“The city is always looking for new solutions to further our ability to keep our residents and visitors safe,” noted Sgt. Eduardo Bernal, public information officer for the Orlando Police Department, in a news release.