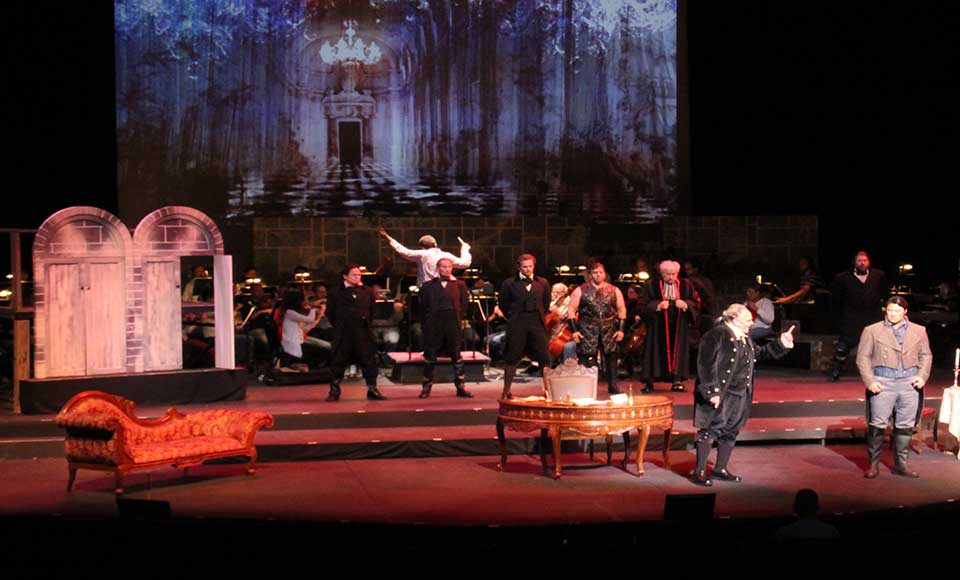 ORLANDO — The partial government shutdown, which has left 800,000 federal workers without pay, has inspired other Americans to offer their support, including the announcement this weekend by music legend Jon Bon Jovi that he would offer free meals to furloughed federal workers at his Red Bank, New Jersey restaurant, JBJ Soul Kitchen.

Something similar happened in Orlando this weekend at the Bob Carr Theater, which was hosting a performance by the Orlando Philharmonic Orchestra. And just hours before the show, officials at OPO announced that they would be offering free tickets to furloughed government workers as well.

What Is The Offer from OPO?

“The Orlando Philharmonic Orchestra is offering complimentary tickets for select performances to all furloughed federal employees affected by the government shutdown,” OPO announced in an email on Friday.

That included Saturday night’s performance of “Tango!” at Bob Carr Theater, where conductor Eric Jacobsen was joined by Simone Porter on violin.

And the offer of free tickets will extend to the OPO’s Pops Series concert, “The Second City Guide to the Symphony with Colin Mochrie,” which is being held on Saturday, Feb. 2 at 2 and 8 p.m. at Bob Carr Theater. During that concert, the conductor will be Albert George Schram, accompanied by host Colin Mochrie.

“Many federal employees in Central Florida are impacted by the furlough and the Philharmonic wishes to offer them the opportunity to enjoy music with friends and family during a challenging time,” noted Executive Director Christopher Barton on the OPO website.

Barton added that “Sharing the joy of live music when members of our community need it most is central to the mission of the Orlando Philharmonic. We hope all those affected by the shutdown feel the support from their local arts community and are able to return to their work soon.”

The Orlando Philharmonic Orchestra is Central Florida’s resident professional orchestra. Founded in 1993, the orchestra’s mission has been to foster and promote symphonic music through performances, education and cultural leadership. OPO is funded in part by United Arts of Central Florida.

What Is Causing the Government Shutdown?

The shutdown is now in its 30th day, prompted by President Donald Trump’s demand that Congress allocate $5 billion to build a border wall before he will sign any bill reopening the government, and the refusal by House Speaker Nancy Pelosi to consider the president’s demand for billions of dollars for the wall.

This is now the longest government shutdown in history. On Saturday, President Trump proposed a new solution that would have included extensions of protections for recipients of the Temporary Protected Status and Deferred Action for Childhood Arrivals programs. In return, Trump again wanted Congress to allocate $5.7 billion for the wall.

Pelosi, D-Calif. quickly put out a statement saying his plan was a “non-starter.”

Reserved tickets will be released for those with a valid government employee ID, up to two hours before the concert.

The OPO, which is now celebrating its 26th season, announced it would continue to offer complimentary tickets “on a limited basis” throughout the shutdown.

A Booming Economy: An Enemy of the Politician?
Disturbing Novel “When I Woke Up, You Were All Dead” Released by Freeline Media