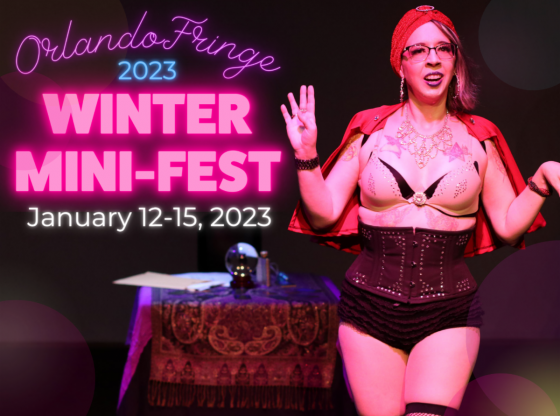 ORLANDO — For fans of Orlando Fringe, January promises to be a very exciting month.

“Mini-Fest is such a unique offering because we have specifically chosen 19 shows to be a part of this awesome festival. Plus, this will also take place at our new Fringe ArtSpace in Downtown Orlando,” Fringe noted. “We’ve worked hard in 2022 to make our new year-round venue an amazing space for artists and art lovers. Come check out what we are all excited about that takes place all in one weekend.”

Winter Mini-Fest will be held Jan. 12-15. The mini-fest will also serve as a grand opening ceremony, as Orlando Fringe officially welcomes the public to its new year-round venue at 54 W. Church St., as a Grand Opening Bash will be held.

What Shows Will be Performed at Winter Mini-Fest?

VarieTEASE GENESIS by BlueLaLa Entertainment: An extension of the last installment of VarieTEASE On The Move, which tells the story of the closing of the unique theatre, THE VENUE, and the four years following, this dance performance was specially created by Blue for the launch of ArtSpace.

Middletown by Kangagirl Productions & Ant Farm, a deeply moving and funny new play by acclaimed writer Will Eno that explores the universe of a small American town featuring an all-star cast directed by Orlando Fringe Festival Lifetime Achievement Award recipient David Lee. As a friendship develops between longtime resident John Dodge and new arrival Mary Swanson, the lives of the inhabitants of Middletown intersect in strange and poignant ways in a journey that takes them from the local library to outer space and points between.  Middletown, which is modeled after Thorton Wilder’s classic play Our Town, will draw together artists from across the Central Florida community to collaborate on a very special production.

A Quarter of A Century…and then some! by Beth Marshall Presents: Arius has been on this Earth for A Quarter of A Century…and then some. Throughout his evolutions around the sun he has learned so much, but also has unlearned or recalibrated some of those learnings to fit his morality of understanding them. Through brave exploration, vulnerability, self discovery, reflection, discipline, love and motivation, Arius has found the new hobby of growth. He continually finds ways to improve on himself, do the inner work and share his light and joy. By mixing comedy, drama, rap, R&B, spoken word, dance and songs to share his evolution of growth as a Black queer artist in 2022, Arius tells the story of his 25+ years of what he has learned and unlearned.

Our Lady of the Tortilla/Nuestra Señora de la Tortilla by Descolonizarte TEATRO: This comedy tells the story of an intergenerational, Latinx family in the U.S. struggling with tradition, culture, language, love, and… each other! Everything changes when the pious tia (aunty) sees the Virgin Mary on a tortilla, and family ties are put to the test. Written by Emmy and National Hispanic Playwright Award Winner, Luis Santeiro. The play is in Spanglish (Spanish and English) with Spanish and English supertitles, and it features live music.

As Beth Marshall noted, “Fringe ArtSpace is the right balance of retro Fringe meets right now. Veteran creators are given a supportive platform with the proper resources to create and produce original work often amplifying underrepresented voices and mentor up-and-coming artists. Who wouldn’t want to be a part of this.”

What is the History of Fringe ArtSpace?

Town of Oakland Issues a Call to Artists: “Hold Fast To Dreams”
New Shows Coming up at Winter Park Playhouse 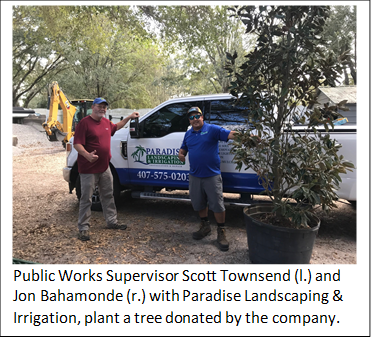 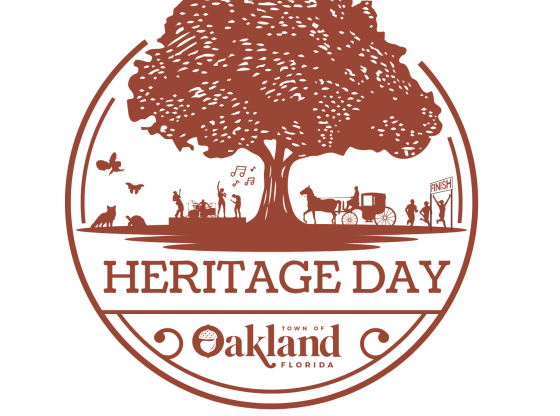