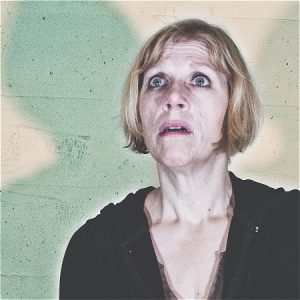 Editor’s Note: The Orlando International Fringe Theatre Festival runs through May 31 at Loch Haven Park. Orlando Entertains has been catching up with some of the shows.

Jaime is a recovering alcoholic attending an AA meeting, while protectively clutching a container of coffee. She has a pleasant and straightforward demeanor … at first, although it’s obvious that she’s more than a bit on edge. She has a story to tell, and it’s one that initially sounds like the kind of journey millions of people struggling with alcoholism have gone through. She cracks jokes at first, although that slight edge in her voice, that level of anxiety, never quite disappears. “Rosegold,” a one-women show by performer Donna Kay Yarborough, looks like it’s going to be about one woman’s rough journey to accept that she has a serious drinking problem, and it is …

“Rosegold” starts to take a darker turn when Jaime takes us back to an incident that put her down a path that probably won’t sound like what most recovering alcoholics endure — and it’s at this point when the play feels less like the story of how alcoholics hit rock bottom and then look for recovery, and more like the kind of tale that Stephen King would enjoy. It begins when Jaime and three female co-workers decide to rent a cabin in the woods, where they can relax, drink, and enjoy a great weekend. If you understand the appeal of horror movies about cabins in the middle of nowhere, don’t get ahead of yourself; that is, unless you’re ready to expect the unexpected. Let’s just say that Jaime, after perhaps one too many drinks, discovers what I’ll simple refer to as “They.” And Jaime begins to transform before our eyes, in absolutely horrifying ways.

Horror theater is a unique genre, in part because it’s such a rare one. At Fringe, it’s easy to find comedies, musicals, and poignant dramas, but horror is far more of the exception. Doing horror well on stage may sound like the ultimate challenge, because unlike on television or in the movies where filmmakers have an endless array of special effects to employ, in theater the audience is asked to use their imagination to a certain degree.

And there’s no question that Yarborough succeeds brilliantly at this, because without any visual effects beyond her own tour de force performance, she pulls us right into her harrowing nightmare — and causes us to take a second look at the Jaime we first were introduced to when the show began. How she gets there is handled masterfully, and yes, this one passes the most important test: it’s damn scary.

“Rosegold” is a Solo-Show by playwright/actress Donna Kay Yarborough, suitable for ages 13 & up. The show is being performed in the Blue Venue at the Lowndes Shakespeare Theater and tickets are $12. 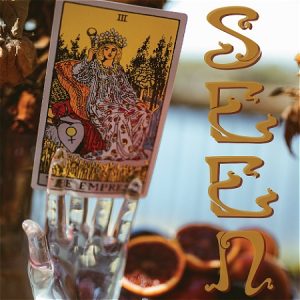 “Seen” is a highly innovative piece of dance theater that explores the concepts of how we express ourselves, and whether it’s possible to determine if we’re truly in control of our own destinies. If that sounds awfully philosophical for a dance production, let’s just say I found the existential journey of dancer Terapia Di Danza to be surprisingly fascinating to follow.

This experimental piece has Terapia questioning, sometimes debating, and sometimes lashing out at an omnipresent figure who isn’t God, but something else, something more enigmatic. Terapia is on her own personal “Fool’s Journey,” as she tries to discover the meaning of her life, and whether she’s the one in control of it. The unseen voice doesn’t answer her questions so much as pose new ones for her to ponder, and her emotions are expressed through dance, both live on the stage and in video projections.

Terapia is a talented dancer, and I enjoyed the way she constructed this production — not as a story or narrative, but one that used dance to express concepts, thoughts and emotions. I found it innovative — and vastly entertaining.

“Seen” uses a cast of four performers for this immersive dance production, suitable for ages 13 & up. It’s being performed at the Yellow Venue at the Lowndes Shakespeare Center and tickets are $12.

Orlando Fringe is being performed every day through May 31 at different venues around Loch Haven Park. The event includes their popular Food & Beer Tent. You need to first purchase a Fringe Button ($10) before seeing any shows. To check out the shows or purchase tickets online, click here.