ORLANDO — The Orlando International Fringe Theatre Festival runs now through Memorial Day at venues in Loch Haven Park, Ivanhoe Village and downtown Orlando. Orlando Entertains caught up with some shows and here are our thoughts on them. 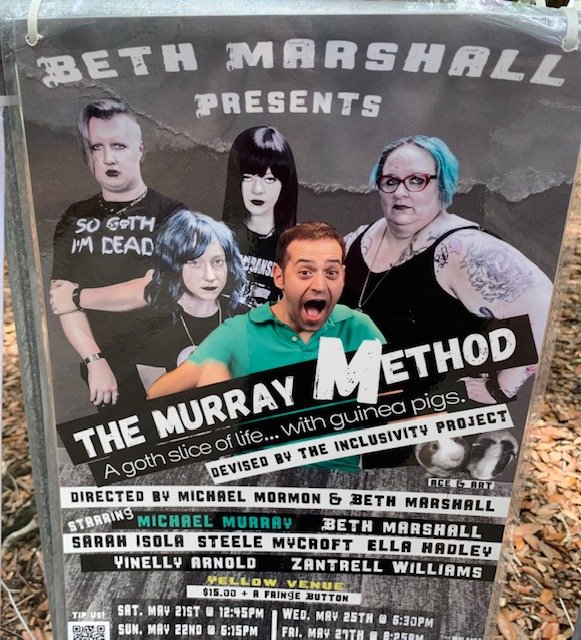 A moving drama about a financially struggling family in Bithlo, Florida, who have always been able to support one another, until a devastating car accident leaves the family traumatized and struggling to heal.

The play is unique in several ways; while giving us a domestic drama about forgiveness and learning how to cope with tragedy, it tosses in a wild assortment of references, including Goth music, Shakespeare, Steven King horror, a guinea pig and the afterlife. The play has a vivacious sex worker whose accidental meeting with Uncle Orlando changes the family dynamics in a thoroughly unpredictable way.

There are excellent performances by the cast that includes Emerson Short, Ella Hadley, Beth Marshall (who also directed with Michael Morman), Steele Mycroft, Yinelly Arnold, and Zantrell Williams. The most impressive surprise is the performance by Michael Murray, an actor with cerebral palsy who plays a character with cerebral palsy — and one with ambitions to be an acting coach. As Marshall noted after the performance, the goal of her Beth Marshall Presents theater company is to use this production as a springboard toward more plays that provide acting opportunities for people with disabilities. Great goal, and this production is a strong intro to that project.

The Murray Method is being performed in Fringe’s Yellow Venue on the following dates: 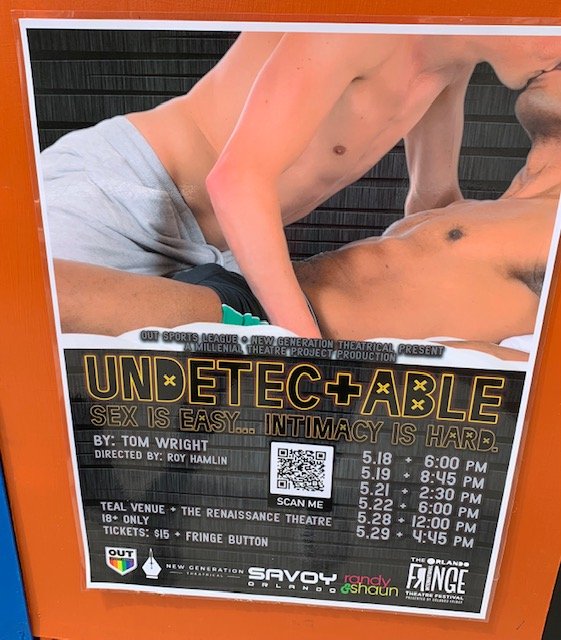 This play becomes a catalog of what it’s like to be a gay 20something in 2022, centering on two very different gay men who start dating — with plenty of stumbles along the way. On their first night together, Lex jumps into the relationship full force, but Bradley wants to move more slowly, and be certain there’s a true connection here. They’re something of a contrast: Lex defines himself as a “gay man” while Bradley considers himself a “queer,” and while Lex has no qualms about the two of them becoming sexually active in the age of Prep, Bradley sees red flags in someone so quick to have sex with a man he just met. So why is Bradley so apprehensive?

Set in Lex’s bedroom, this 60 minute show takes place in one night, and is particularly engaging thanks to the terrific performances by Hunter Rogers as Lex and Micah Gregory as Bradley. While it’s hard to believe that two men would cover this many issues in a lone evening, the play has some of its most insightful moments as it shows relationships in the dating app age (the two met in an online chatroom before finally agreeing to meet), and provides some intriguing thoughts on how in the age of Prep, sex is no longer scary but learning how to communicate with one another can be.

Undetectable is being performed at Orlando Fringe’s Teal Venue (The Renaissance Theatre on Princeton Avenue), with shows on: 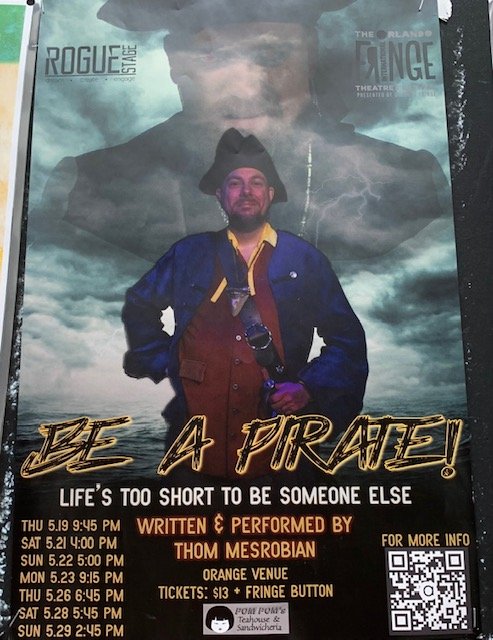 What would happen if a pirate got his own variety show? It would probably be just like this musical-comedy by Thom Mesrobian, who engages the audience with his tales of pirate life out on the open seas, while tossing in poop and wench gags, church song singalongs, and one of the key ingredients of all fine pirate sagas: romance.

It’s easy to see that Mesrobian is having a grand ol’ time in this one man show, inviting the audience to provide a hearty “Ho! Ho!” cheer, drinking plenty of rum and recalling his pursuit of love once his pirate days seemed to be over. Mesbrobian is an engaging performer and a fine singer, and he presents an enjoyable bit of whimsical escapism.

Be A Pirate is being performed in the Orlando Fringe’s Orange Venue, with upcoming performances on: 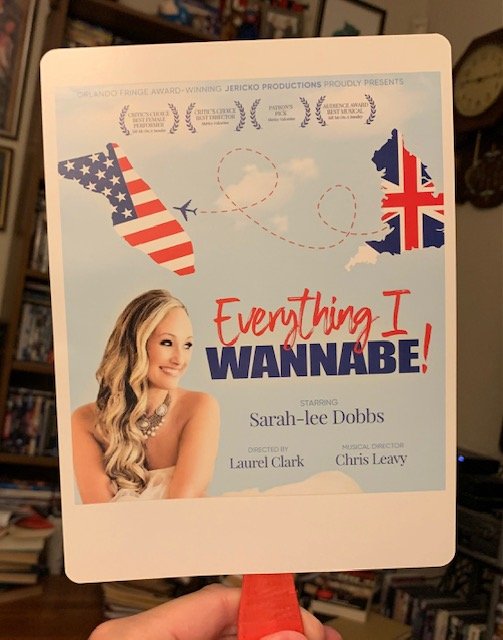 This rousing musical cabaret by Sarah-lee Dobbs gives us Sarah-lee’s stunning vocal talents as she performs songs by the Beatles, the Spice Girls and hit tunes from the James Bond movies. But this show is equally good as something of a confessional, as Sarah-lee recounts her childhood ambitions, and where she eventually landed.

If you’ve been going to Orlando Fringe for a while, you know that Sarah-lee has done plenty of hit shows ranging from comedies to musicals, and in this intimate production, she recounts growing up with two loving, supportive but financially struggling parents, in a house that didn’t have an indoor toilet until she was 8. Despite their financial hardship, her parents recognized Sarah-lee’s talents early, and sacrificed to pay for her acting and singing lessons. Then she set off for London in search of acting fame.

I won’t spoil the fun, but Sarah-lee has a grand time not only recounting the challenges of breaking into the acting world, but also introducing American audiences to the peculiarity of British slang. With her self-deprecating sense of humor and gorgeous singing voice, Sarah-lee demonstrates that she knows how to deliver a high quality show, and this one is great fun. It’s also a very uplifting production when we recognize just how far Sarah-lee has come on more modest ambitions, a fine lesson for all of us.

Everything I Wannabe is being performed at the Orlando Fringe’s Teal Venue on the following dates: