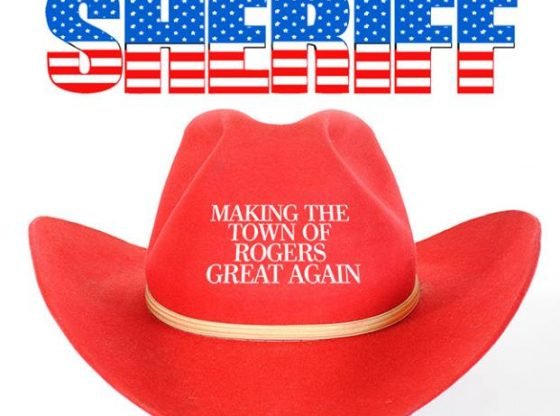 ORLANDO — When the Orlando International Fringe Theatre Festival kicks off on Tuesday, May 14, expect plenty of the unexpected, in the form of comedies, dramas, musicals, dance pieces, even magic shows.

And while we’re adding to the list, how about a western?

Actually, a spoof of westerns might be more accurate, but why quibble?

Veteran Fringe playwright and director Larry Stallings is delivering his show Support Your Loco Sheriff to the Fringe fun. As Larry pointed out, this show takes something of a traditional western plot, and has some fun with it.

Then the plot thickens.

“The town lawyer, Robert Steele, foolishly tries to downplay accusations against the sheriff of bullying, graft, prejudice, accidental shootings and unethical grandstanding,” he noted, while promising “comedy and political insight” for those who attend.

Freeline Media decided it was time to reach out to Larry and learn more about his loco sheriff.

What is Support Your Loco Sheriff All About?

Freeline Media: Is this play designed as a spoof of (or tribute to) the 1969 James Garner movie, Support Your Local Sheriff?

Larry Stallings: I originally got the idea for the play when I was watching an old Western movie on cable. I think it was Roy Rogers or Gene Autry. The sheriff was collecting guns when cowboys came to town in an effort to cut down on rampant gunplay. Not a bad idea, I thought, and an early example of gun control. The cowboys didn’t like it and formed a pressure group to influence the sheriff … almost like they were lobbying him. An obvious parallel to today. My first thought was to make the entire play about gun control, but could I make one topic funny for an hour? No. My humor works best when I spoof a lot of issues.

FM: What are the unique challenges (and rewards) about mixing comedy and westerns?

Larry: For the most part, the comedy comes out of the situations. The characters are real, consistent with the old west (or, at least, the old west as depicted in movies). Only the widow is a bit “over the top” as a character.

FM: Mel Brooks had a lot to say about spoofing westerns in his classic movie Blazing Saddles. Are you taking a similar approach?

Larry: Since the storyline grew out of movies from the ’30s and 40’s, I did not borrow from Blazing Saddles, and only the title comes from Support Your Local Sheriff.

FM: Do you have a large cast for this one?

Larry: I wanted the situations to be the focus of the play, so I kept the cast small … just four characters: an unscrupulous sheriff, an upright lawyer, a spunky dance hall girl, and a nosy old widow.

FM: Tell us more about how you incorporate “political insights” into this show.

Larry: More research, watching Hopalong, the Duke, and Bob Steele … not a problem for me. I love old Westerns. Other topics started jumping out at me: the mistreatment of women, Mexicans drifting into town, “snake oil” salesmen, small town newspapers, overbearing outlaws and loudmouth politicians. So, besides gun control, I suddenly had a play about “me too,” border control, meds, fake news, bullying and … loudmouth politicians.

Where Can I See the Show?

Support Your Loco Sheriff, written and directed by Larry Stallings, is being performed as part of the Orlando Fringe Festival, and the cast includes Alex Carroll, Patrick James, Lauren Ashleigh Morrison, and Mary Lee Stallings.

The show will be performed at Breakthrough Theatre in Winter Park on the following times:

Orlando Fringe Play Just A Dog, Right? Reflects On The Joy Of Pet Ownership
Heartbeats Offers a Heartfelt Look into the Challenges of Midlife