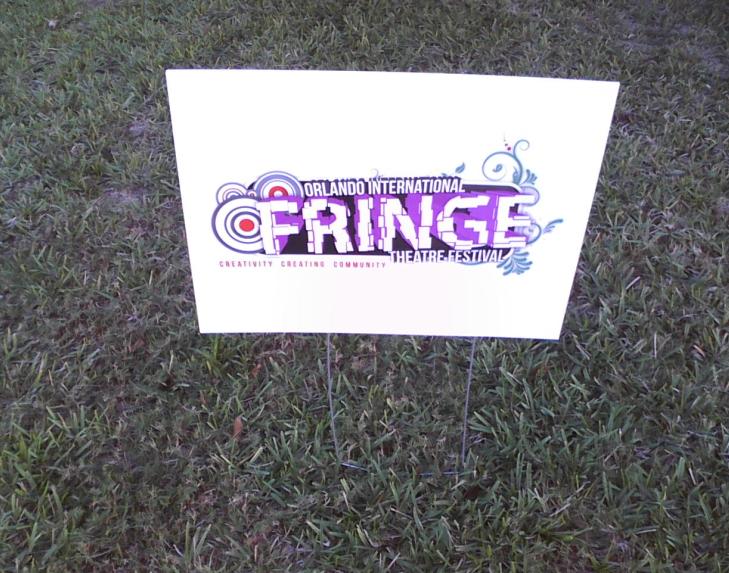 ORLANDO — Coming off a successful festival at Loch Haven Park in May, the Orlando International Fringe Theatre Festival just announced that producer Michael Marinaccio was be taking over a newly created position, the role of “Show Director.”

Marinaccio, who has been the Fringe producer since 2011, is transitioning to a position where his focus will be on enhancing and furthering the festival’s many artistic endeavors, rather than handling the day-to-day festival operations.

“Mike has dedicated over 8 years to growing the Orlando Fringe,” noted the Fringe’s executive director, Alauna Friskics, “He has toured the world inviting artists to apply for the Orlando Fringe lottery, which has had a direct result in elevating the quality and bringing never-before-seen productions to Orlando.”

Friskics added that Marinaccio has served Fringe well by giving them a strong relationship with international artists, expanding Fringe’s reach across the globe.

“Mike’s relationships with Fringe artists around the globe will be harnessed to take Fringe to the next level with curated content like Winter Mini-Fest and our year-round events,” she noted.

Marinaccio has noted that he wants to offer Fringe entertainment year round, and not just for two and a half weeks in May. A number of Fringe shows that did well are brought back at venues around the city throughout the year.

A Long Role With Fringe

Marinaccio had performed in 17 shows over 15 years at Orlando Fringe before becoming their producer in October 2011. His first Fringe performance was in 1997.

After Fringe Producer Beth Marshall announced in 2011 that she was leaving to become the producing artistic director of Beth Marshall Presents, the Orlando Fringe Board of Directors set up an advisory panel that included volunteers, staff, artists and audience members who were recruited to help develop the role of the next producer. A search committee comprised of six community arts leaders and two members of the board of directors then had the task of interviewing candidates, and Marinaccio was chosen that fall.

To fill his producing role, Fringe just named Lindsay Taylor for the new role of “Theatre Producer” to handle the festival’s daily operations and executive functions.

For the past two years, Taylor has been the Associate Producer for Orlando Fringe, and she’s also been a Fringe artist as well.

Kenny Howard, president of the Orlando Fringe Board of Directors, said the creation of both new roles are exciting and indicate the nation’s longest running Fringe festival is still growing.

“I am excited about our organization’s changes,” Howard said. “With our continued growth, we are constantly looking at how to serve the needs of the artists and the patrons best, and in these new roles, both will benefit greatly.”

What is Orlando Fringe?

The Orlando Fringe Festival is held each year at the Lowndes Shakespeare Theater at 812 E. Rollins St. in Loch Haven Park. More than 90 plays get performed for audiences in the two-and a half weeks leading up to Memorial Day Weekend.

The Orlando Fringe Festival is the oldest Fringe in the nation, and in 2020 will celebrate its 30th year. It was created in 1991 by Terry Olson (who is now the director of the Orange County Division of Arts and Cultural Affairs), Andy Anthony and Rick Kunst, and first held in 1992 in downtown Orlando.

The concept was simple: a festival featuring multiple theatrical shows, most of them in venues that included empty storefronts. In 2004, the festival started to relocate to Loch Haven Park, and from 2005 on, the festival has been held entirely in that park and in nearby Ivanhoe Village. In recent years it has expanded, with shows at the Breakthrough Theatre in Winter Park and at the Center in the Mills 50 district.

It’s the longest running Fringe Festival in the United States, as a 14-day festival held in the spring.

The two new roles created for Orlando Fringe 2020 became effective as of July 1.

Anyone interested in applying for Orlando Fringe 2020 can do so in just two months. Applications for artists become available on Sept. 1, 2019, at the Orlando Fringe website.

Orlando Fringe also announced this week that more news would be released in August.

“We’ve got an announcement coming on August 1 about our next ticketed event,” Fringe noted in an email newsletter. “Stay tuned because you won’t want to miss out! Tickets will go on sale to Club Fringe members on August 1 so you may want to join now if you haven’t already.”