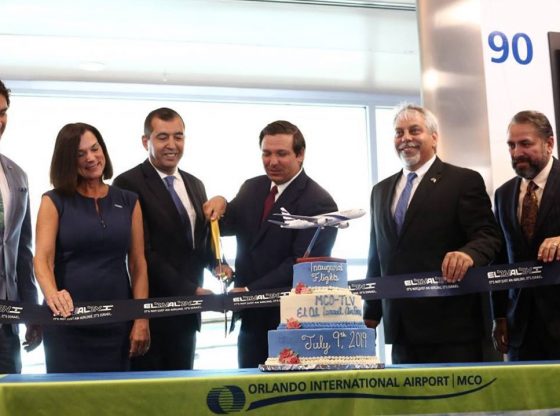 ORLANDO — For years, Orlando has welcomed flights from all over the world, as one of the top international tourist destinations, bringing in millions of foreign visitors.

Now Central Florida residents will have an opportunity to take direct flights to another popular tourist destination, although one without major theme parks or Orlando-style attractions.

This week, Orlando International Airport announced that it would host new, nonstop seasonal El Al air service between Tel Aviv and Orlando, with flights operating during the months of July and August.

American-Isreali tours have been popular for a while, with Americans flocking there to enjoy daily trips to the Holy Land.

What Are The New Flights About?

Gov. Ron DeSantis said OIA is now providing a direct link between Israel’s second most populous city and one of Florida’s most popular tourist destinations, likely a strong commercial and economic win for both cities.

“I’m happy to announce this new nonstop flight between Orlando and Tel Aviv which will provide Floridians and Israelis exciting new tourism opportunities,” he said. “This new route will help attract more visitors to the Sunshine State, as well as increase the number of Florida visitors to Israel, our strongest ally in the Middle East. With this addition, Florida will continue to serve as a top world travel destination. I thank El Al for this partnership and look forward to welcoming more of our friends from Israel to our great state.”

As the governor’s office noted, this announcement is a follow up to a trip made last May, when DeSantis led a delegation of Florida leaders on a business development mission to Israel. During the trip, the governor met with Israel tourism officials, including Gonen Usishkin, the CEO of El Al, to discuss the possibility to increasing flight options between Florida and Israel. Those talks turned into a reality.

Dana Young, the president of Visit Florida, the agency that promotes tourism in the Sunshine State, said this makes a lot of sense, since Florida has been welcoming Israeli tourists for decades.

“Visit Florida will always work to ensure Florida is a welcoming destination for our friends from Israel,” Young said.

This new flight schedule also comes at a time, Young said, when Florida’s international visits are on the rise.

In February, Visit Florida announced that the state had drawn 126.1 million out-of-state visitors in 2018, which set a tourism record for the 8th consecutive year. It represented a 6.2 percent jump over the previous record set in 2017.

Orlando also well in 2017, setting a tourism record for the city with 72 million visitors.

What’s The Schedule for the New Flights?

The new flights will operate once a week as an addition to the El Al nonstop service from Tel Aviv to Miami, which was launched in 2017.

To help get the word out, Visit Florida announced it would start working with El Al on a cooperative marketing campaign to highlight trips to and from the Sunshine State, and promote the fares to Florida. That’s going to include digital campaigns targeting travelers in Tel Aviv.

DeSantis and Young made the announcement during a press conference at Orlando International Airport on Tuesday that included Consul General of Israel to Florida Lior Haiat, El Al Vice President of North and Central America Yoram Elgrabli, and members of the Florida and Israel tourism industries.

Tel Aviv has been billed as the ‘Mediterranean Capital of Cool’ by The New York Times, and like New York City, it’s known to operate 24 hour a day with a thriving nightlife and cultural scene. But Tel Aviv also has Mediterranean beaches to offer its visitors as well.